Brenda Jimenez is no stranger to financial stress. But when she discovered earlier this year that her financial aid would be delayed, the normally unflappable second-year biology student didn’t know where to turn.

“It was a moment of desperation because it was so close to the start of the quarter,” says Jimenez, who also works part time to make ends meet. “I remember thinking, ‘Oh my gosh, what am I going to do?’”

Jimenez met with Cal Poly Associate Dean for Students Joy Pedersen and applied for a grant to help temporarily cover her tuition costs — just in time to enroll for classes.

“The grant definitely makes you feel more secure when you’re in this moment of stress,” Jimenez says. “It’s nice to have that support and have someone tell you it’s going be okay.”

A Financial Lifeline
The two-year-old program got its start with support from the Cal Poly Foundation Fund for Students, which was created by the Cal Poly Foundation board of directors. The program provides emergency grants for housing and meal assistance, academic and personal care supplies, and professional clothing for interviews and career-related events, among other needs.

Pedersen says Jimenez is one of several students with hardships who received a financial lifeline through Cal Poly Cares. During the 2015-16 academic year, the program provided grants to 174 students, more than half of whom were seniors. In order to qualify for a Cal Poly Cares grant, students must have exhausted all available resources, including subsidized loans. Most recipients are considered very low-income, meeting the requirements to qualify for a Pell grant.

“It really does make a huge difference in the lives of our students,” Pedersen says of the program, adding that most of the emergencies she encounters are related to transportation issues, unexpected medical bills and family emergencies.

“What we see are unexpected emergency situations,” she continues. “For example, last year we had a couple of students who lost a parent during the middle of the academic year. There was no longer any support for them. This program helped fill that gap.”

For students who live off campus, few needs are as critical as reliable transportation. Third-year aerospace engineering student Alan Faz discovered just how critical his 1987 Mercedes Benz was when a faulty transmission left him stranded this year. Without the financial resources to make the repair, Faz turned to Cal Poly Cares.

“When you plan your year, you plan ahead financially. But when things like this happen, they can totally disrupt your plans,” Faz notes.

The Cal Poly Cares grant he received got his car back on the road, and kept Faz in class.

“It’s definitely been a great resource, especially when you really have no other options,” he says. “The grant was extremely helpful. I was able to focus on school and not think about how I was going to pay for it. Would I need to get a second job?’”

With his car back up and running, Faz was also able to keep another important commitment, serving as a tutor and mentor to students studying English as a second language at nearby Morro Bay High School.

“As a second language student myself, I really like being able to give back,” says Faz. “I understand those obstacles. Being able to help them out and show them that they can go to college as well is great.”

Looking Forward
From its inception, Cal Poly Cares has had strong backing from the university community, most notably from the Cal Poly Foundation board. Chair Bill Swanson says supporting the program was an easy call.

“The board wanted to support our students in an impactful way that wasn’t being met by conventional funding,” he said. “In the end, we created this fund with 100 percent participation by the Cal Poly Foundation board to help our students succeed. We wanted to make a difference.”

As the Cal Poly Cares program emerges from its infancy, support is also growing beyond the Foundation board. The program also receives funding from alumni, parents, senior class gift donations, community members, and the Graduation Initiative, which helps students whose financial aid has run short during their senior year.

Looking ahead, Pedersen says she hopes to see growth in specific aspects of Cal Poly Cares to better support students in need, including more emergency on-campus housing. She notes that she often encounters students during some of their most trying times, and that the help they receive often motivates them to be of service to others.

“The students are extremely grateful,” she says. “The most touching thing is that so many of them want to pay it forward in some way. They feel like they’ve received such great support, so for them it’s a mix of gratitude, appreciation and pride for Cal Poly.” 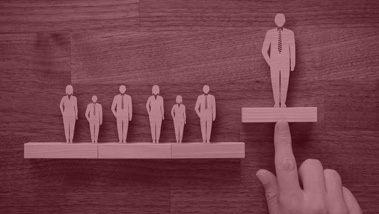 The Speed of Sunlight