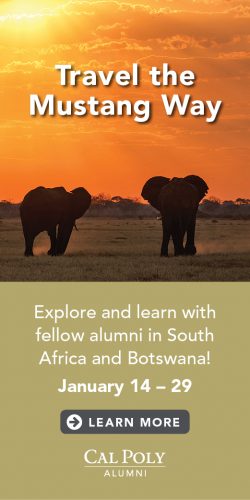 Jack Rector (Printing Engineering & Management ’58) worked in San Francisco and later moved to Los Angeles where he worked in the Aerospace industry and was a leader in making the conversion of lithography to computer technology.

Glenn Farber (Printing Engineering & Management ’59) spent the summer on a wonderful adventure sightseeing through six states and two Canadian provinces. All in all, it added up to 62 days, 5,473 miles, 144 hours driving, 21 places visited, six nights camping, 325 gals of gas, 125 miles of hiking and 100 miles of biking.

Sylvia McGinnis (Education ’65) has authored two books, “Would You Believe?” and “The Powerful Secret of Forgiveness.”

Charles Williams (Printing Engineering & Management ’65) has self-published books under the name of Charles E. Williams Publisher since 2003. His new publication, “Winning @ Life 24/7,” is available online at thegospelherald.org. He will be embarking on a promotional tour in September. His wife, Linda A. Williams (Home Economics ’67) passed away in May 2016.

Judy (Hansmann) Henry (Home Economics ’66, Secondary teaching credential ’68) married Jim Henry (Architecture ’68) in 1968. Jim practiced architecture in Laguna Beach, Calif., for 47 years while Judy taught high school home economics and art for 30 years, retiring in 2016. Jim and Judy have found that the Learn by Doing philosophy has served them well and Cal Poly’s great reputation has always been a plus when dealing with others professionally. 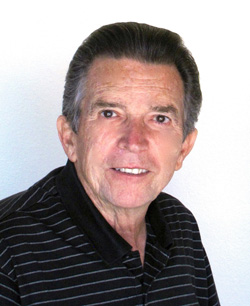 Ray Morawski (Journalism ’70) spent the summer with his wife in Lima, Peru, visiting family and friends. He is busy formatting his first ebook, “The Pains of Death Surrounded Me,” to submit to Amazon. The book has been written as an encouragement to people going through physical trials and to thank God for many answered prayers.

Frances Squire (Journalism ’72) is retiring after a 16-year stint with West Hills Community College District, first as marketing director and then as executive director of the district’s foundation. She was recognized in May by West Hills College in Lemoore, Calif., with its “Spirit of the Eagle Award,” the highest non-student award bestowed by the college each year. Prior to her work at West Hills, Frances was noted for spending many years as a PG&E public information officer in Fresno, Calif. She recently completed a seven-year term on the Cal Poly Journalism Advisory Board.

Brian Hogan (English ’84) has published three books, “There’s a Sheep in my Bathtub” in 2007, “An A to Z of Near-Death Adventures” (which includes a Cal Poly story in “P is for Poison”) in 2015, and “Boy Centurions” in 2016. In September, he is headed back to Mongolia to teach and visit. He and his wife of 34 years, Louise (Hugo) Hogan (P.E. ’84) moved to northwest Arkansas four years ago and love living in the Ozarks.

Lori Chollar (Applied Art & Design ’90) certified her boutique design studio, TLC Creative Services, Inc., as a Women’s Business Enterprise. Lori and her husband Troy, along with their design team of eight, provide creative graphic and presentation design excellence to their clients. See what they’ve been up to at tlccreative.com.

Mark Pierce (English ’93) will release a feature film next year called “Moon Creek Cemetery,” based on a haunted cemetery in his Illinois hometown. The following year, he plans on releasing the tentatively titled “Here be Giants,” a documentary on Sasquatch that brings forth theories concerning higher order thinking evidence discovered during an expedition in Northern California and Southern Oregon.

Trisha (McCormick) Szto (Human Development ’94) published a children’s book called “Hapa Babies, Happy Blessings,” in March 2017. The story is about a mother’s prayers for her unborn Hapa children that manifest into reality through the grace of God. 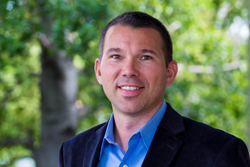 Shawn Dunning (Speech Communication ’98) recently decided to dedicate himself to collaborative problem-solving efforts by starting his own consulting practice.

Remi Sklar (Journalism ’98) recently published a children’s book, “Peck – A Lonely, Little Lovebird Down Under” under the pen name Remi Nicole. The Amazon best-seller is the story of a little lovebird named Peck who lives happily in Australia with his animal friends until he starts to feel like he is the only one without someone to share his life with. Sklar is also the vice president for worldwide communications and public relations at Warner Bros. Interactive Entertainment. She currently lives in Los Angeles with her family.

Kristin (McNamara) Horowitz (BA English ’02, MA English ‘06) and her husband Yishai Horowitz (Recreation, Parks & Tourism Administration ‘05) are opening a roped climbing gym in San Luis Obispo. Their first grassroots gym, SLO Op, was the country’s first non-profit bouldering gym and spawned dozens of similar businesses throughout the nation. The organization is being renamed The Pad Climbing and becoming a for-profit corporation. The couple opened their second gym in Santa Maria in 2015. 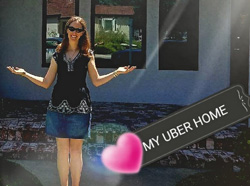 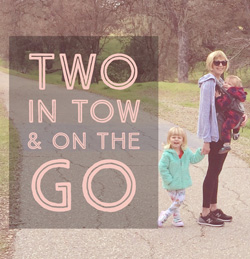 Tonya Strickland (Journalism ’05) stepped back from her 12-year writing career at The Tribune newspaper in San Luis Obispo to stay at home with her two young children, ages 1 and 3. In February 2017, she launched blog, “Two in Tow & On the Go.” The blog features pictures, tips and stories about things to do with kids on California’s Central Coast. 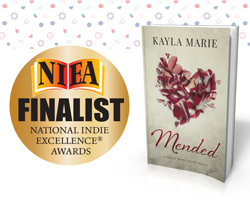 Kayla Dennahower (Psychology ’10) published her first book, “Mended,” which was the No. 2 finalist in the 2017 National Indie Excellence Awards. 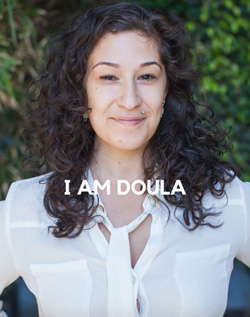 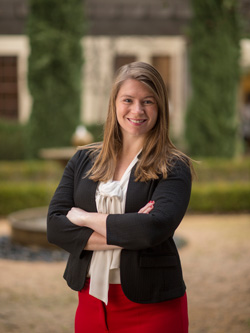 Kristen Mann (Political Science ’12) wrapped up her first summer working as the residential coordinator for Stanford Pre-Collegiate Studies, which provides summer program offerings to 2,500 high school students aiming to try out university life. After her time at Cal Poly, Kristen went on to receive her Masters in Higher Education and Student Affairs and has been working in residential education ever since. 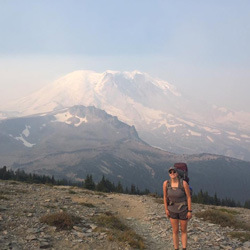 Chrissy Berry (English ’13) completed the Wonderland Trail, a 93-mile trail with 22,000 feet of elevation gain that circles Mount Rainier in Washington state. After nine days of backpacking, she was very excited to see her Subaru with its Cal Poly license plate frame in the parking lot!

Spencer Feingold (Political Science ’13) began working as a journalist on CNN’s International Desk in Atlanta, Georgia earlier this year. He covers breaking news from around the world and contributes to feature stories for CNN.

Lindsay MacLeod (Journalism ’13) and Ed Zuchelli (Journalism ‘14) were married in October, and they owe it all to Cal Poly! The couple met in the television class in 2011 and became close working on stories together, as well as eventually working together at KSBY-TV.

Natalie DeLossa (Journalism ’14) finished two years of Teach for America in Tulsa, Okla., and is currently travelling the Americas to gain new perspectives on the United States’ responsibility to the continent. 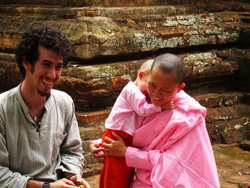 Grayson Shor (Anthropology and Geography ’14) is a geographic information systems and wnvironment program specialist with The Asia Foundation in Myanmar. As one of the key architects of the program, he developed personal relationships with government and NGO officials, created the first digital maps of two townships in the Yangon region, and contributed to major governance research reports.

Joseph Hall-Patton (History ’16) is obtaining his Ph.D. at University of New Mexico, with a full graduate assistantship to pay for it. He explores the hidden side of history with a series of video essays on his YouTube channel, The Cynical Historian, which now has more than 36,000 subscribers.

Recruiting for the Stars