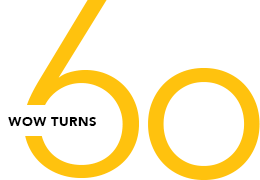 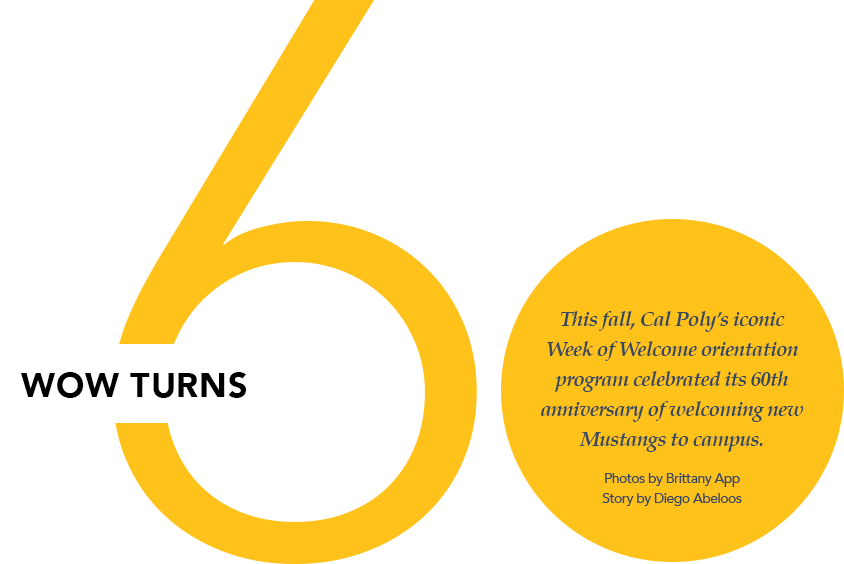 Hundreds of WOWies gathered at the Sports Complex for WOW-A-Rama, a wild and raucous mixer where students run, jump, dance and play with new friends.

The renowned orientation program celebrated its 60th anniversary this fall in familiar fashion — by guiding hordes of incoming freshmen through its traditional spirited, peer-led orientation experience.

What’s the secret behind WOW’s 60-year run? For New Student and Transition Programs Director Andrene Kaiwi-Lenting, it’s the program’s student-focused structure and the affinity it builds among students.

“It’s about truly giving back,” said Kaiwi-Lenting, who fi rst joined WOW as a student in 1984. “I hear all the time from students who volunteer as leaders that they wanted to give back to a program that gave them so much.”

Mark Chandler knows all too well about WOW’s early days. After all, it was his mother, the late Arlene Chandler, who originally championed the program and created the foundation for what it is today.

In 1957, the program started as Welcome Week, a training camp for student leaders at Camp Ocean Pines in Cambria. When Arlene Chandler joined Cal Poly in 1960 as its student activities advisor, she went to work transforming it into a peer-to-peer orientation program. She also gave it a new name – Week of Welcome.

“She basically planted the seeds of this idea where you’d have an orientation that wasn’t run by administrators,” Mark said of his mother, who passed away in April. “It was students being introduced to the school by other students.”

For Mark, the program continues to have family ties today. His daughter, Lea, is a third-year student who served as a WOW leader this year.

“It’s an honor for me to participate in this program, not only because I can contribute to my grandmother’s legacy at Cal Poly, but because I have the opportunity to personally impact the lives of fellow students in a meaningful way,” she noted. “In a way, I feel that I’m acknowledging my grandmother’s dedication to the students of Cal Poly and honoring her memory by working toward its success.”

In addition to the main goal of welcoming new students into the Cal Poly community, there’s also a very practical Learn-by-Doing side to the program.

“We really involve the students from the start,” said Kaiwi-Lenting. “The student leaders really have some ownership in the process and the development of how next year’s WOW is going to go.”

Mary Johnson, a 2017 graduate and former WOW leader, said the program teaches student leaders how to problem-solve, think critically and be accountable — traits she believes will serve her well in her professional career.

“It’s taught me how to be a leader, said Johnson, who served on WOW’s Orientation Board during her senior year at Cal Poly. “The program helped me realize that I can use the creative parts of me to work with other people and help them succeed.” . 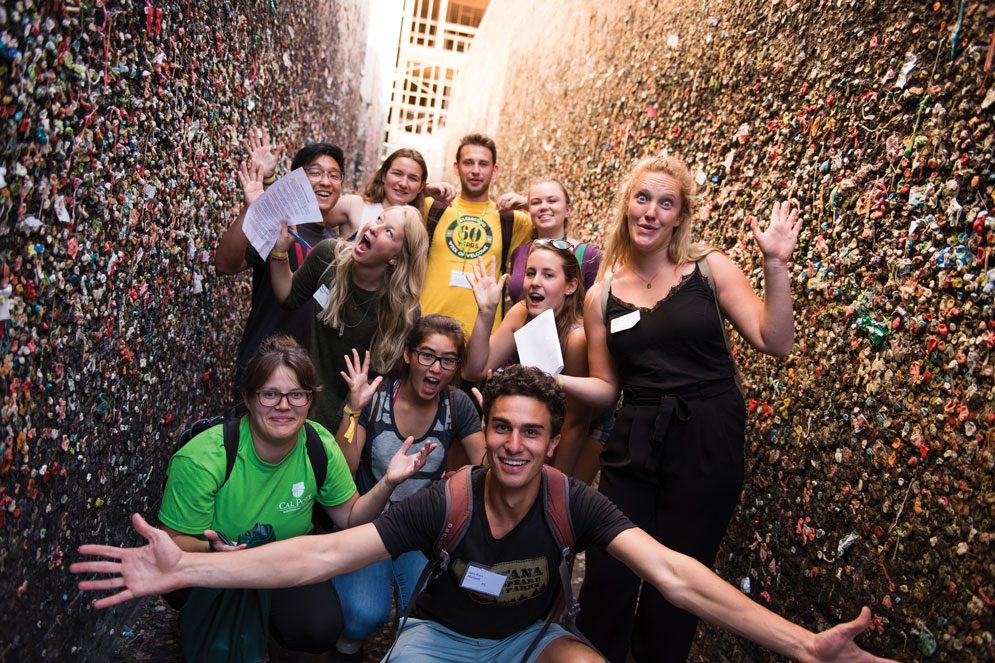 Students spent hours during Week of Welcome getting to know the landmarks of their new hometown, like San Luis Obispo’s Bubblegum Alley. 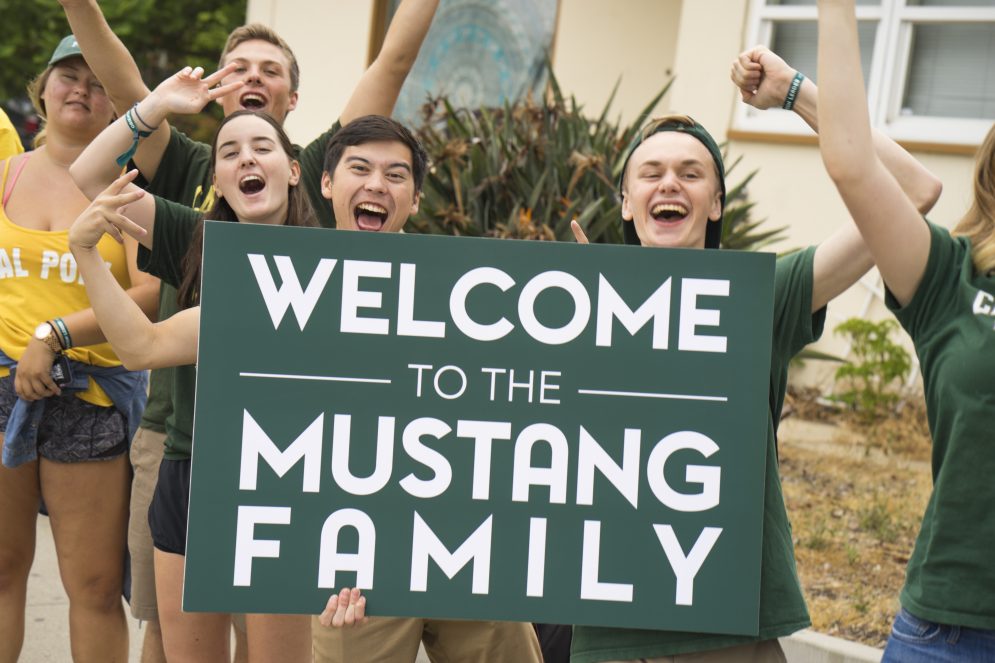 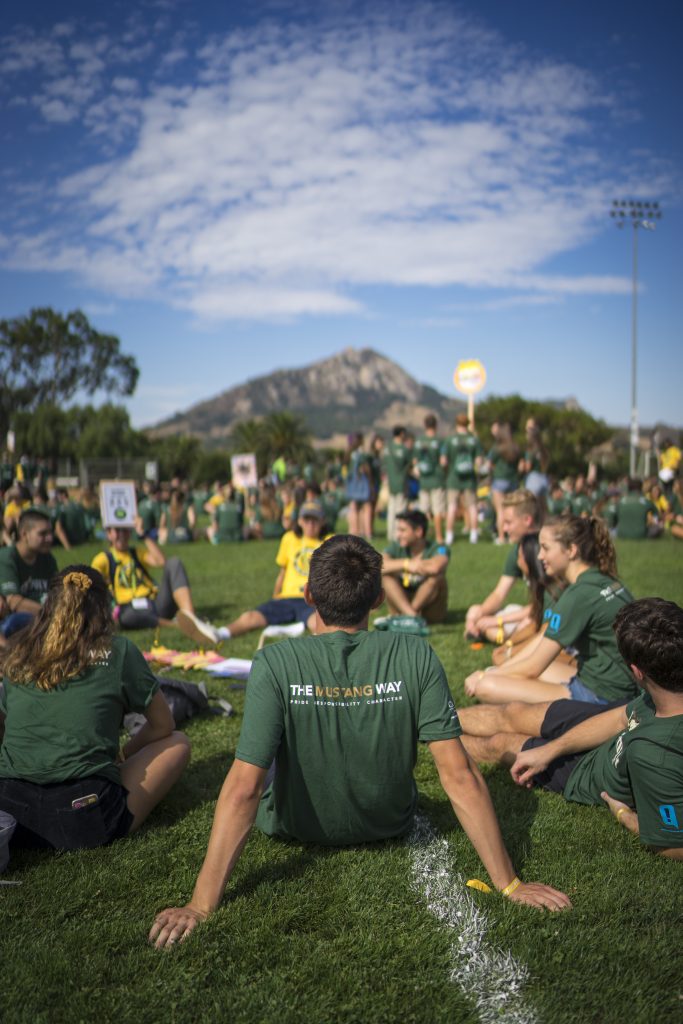 WOW groups offer time to make new friends and reflect on the transition to college. 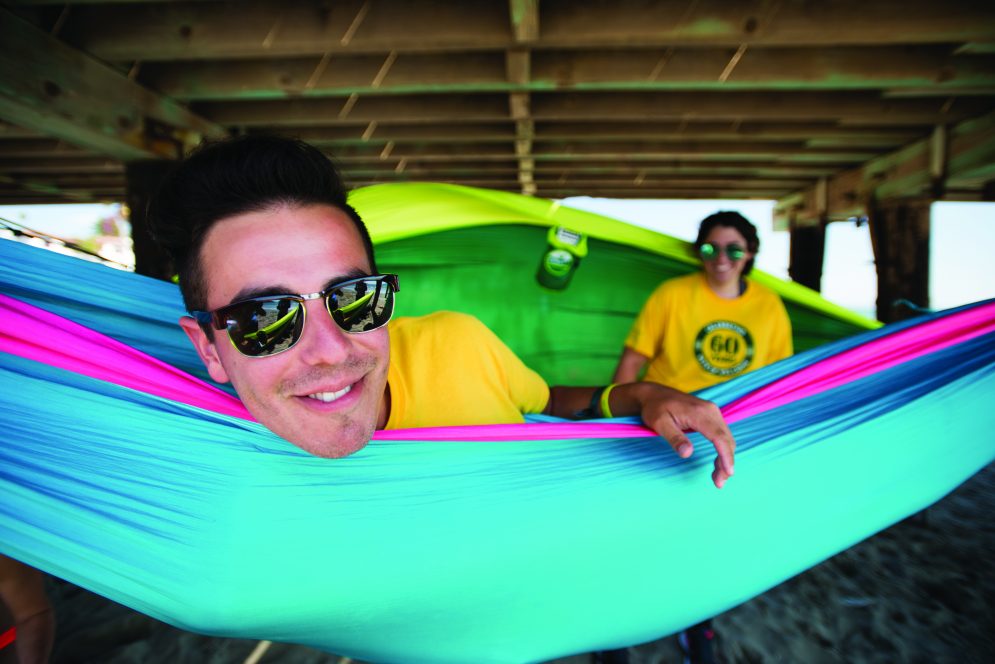 From the comfort of their hammocks, WOW leaders help new students relax throughout a busy week. 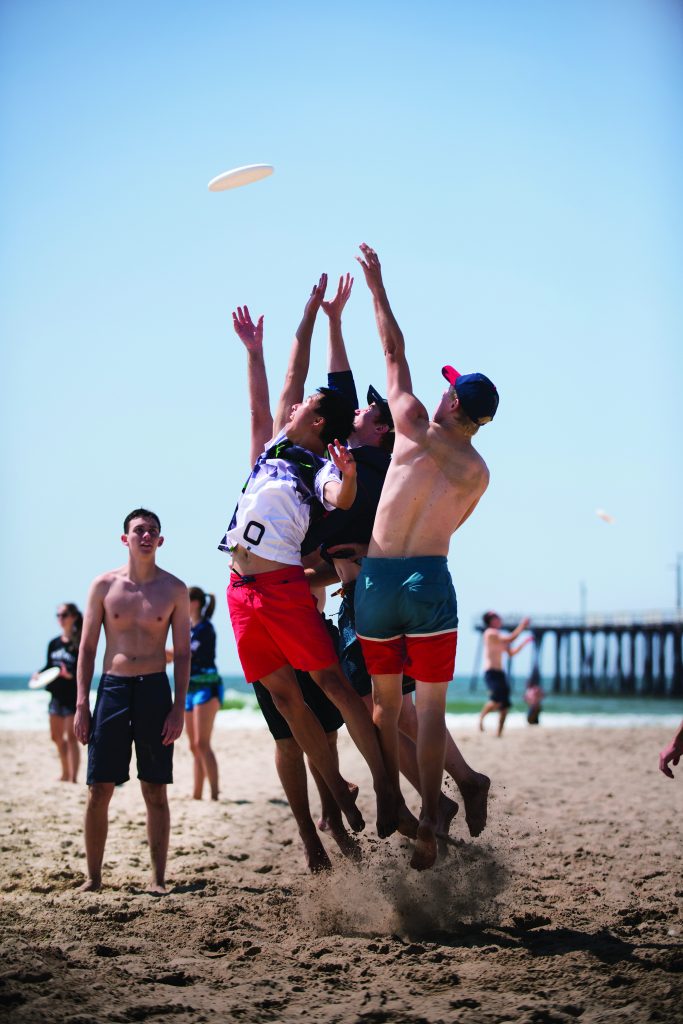 WOW groups spent a lot of time exploring the county’s beaches, from volleyball tournaments at Pismo to hikes at Montaña de Oro to hangout sessions at Avila. 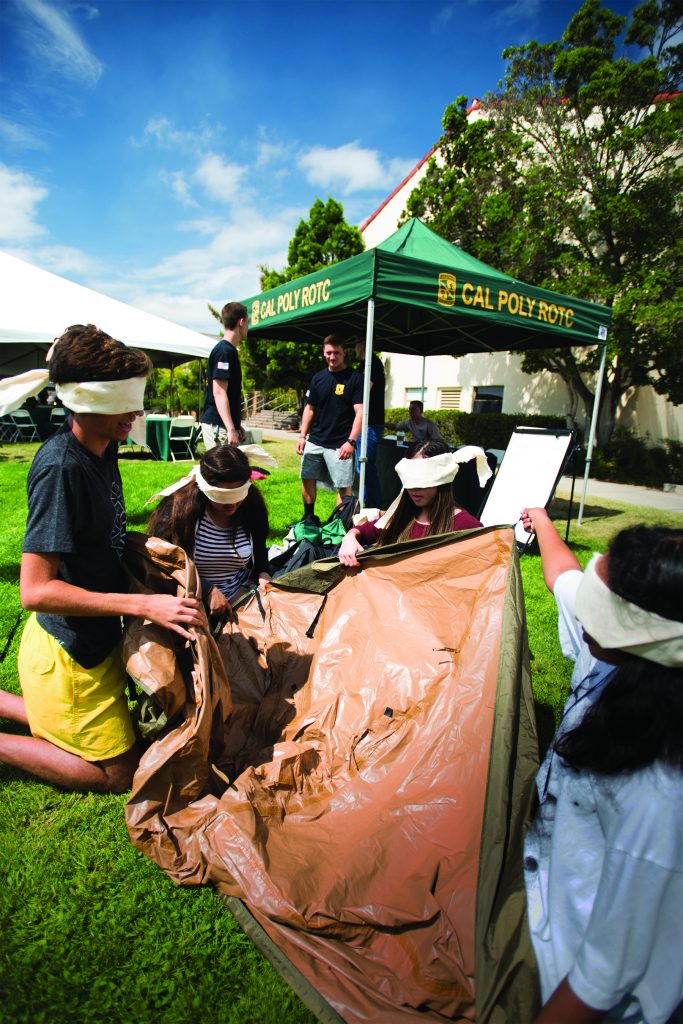 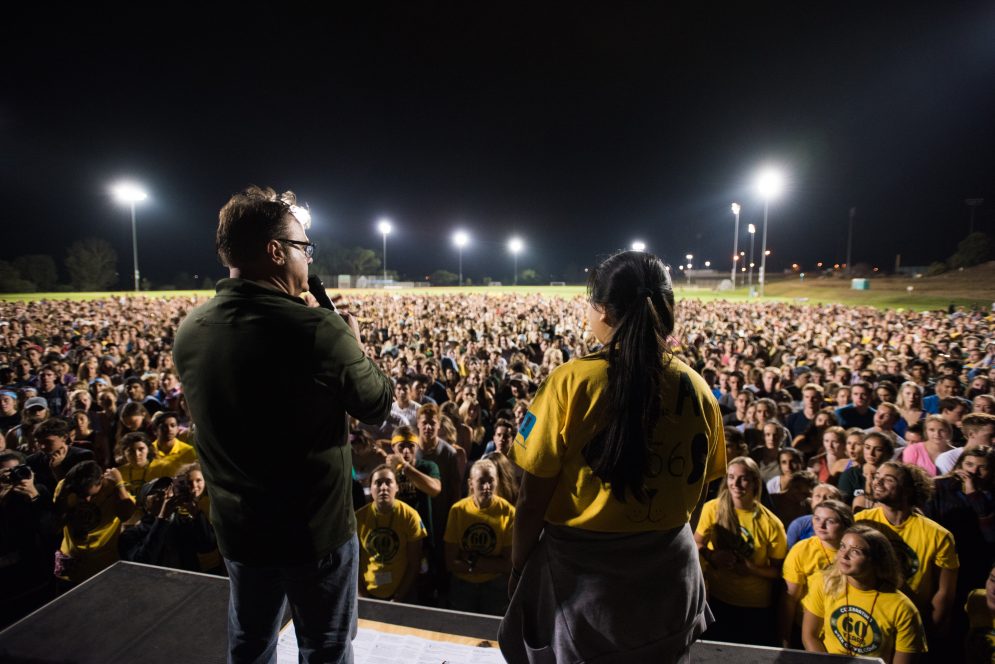 In between activities, WOWies bond with one another over barbecue. An informal procession of WOWies into Spanos Stadium kicks off the Big Fall Welcome. 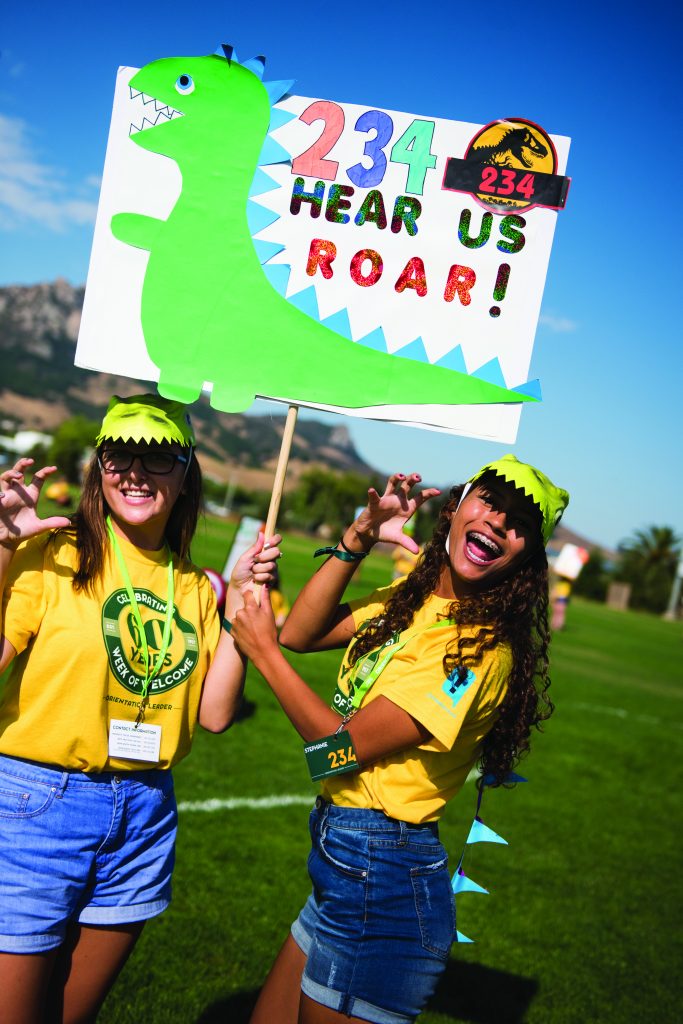 WOW leaders bring their creativity to their group’s theme, games and off-campus excursions.

Posts from the Top