This summer, the Cal Poly Magazine editorial team was faced with a conundrum. We had a lineup of potential stories for the fall edition, but the empty parking lots and pin-drop silence of campus reminded us that it was, in fact, summer break. The alumni we sought to highlight were busy “living their lives” and “not staring at a computer.” 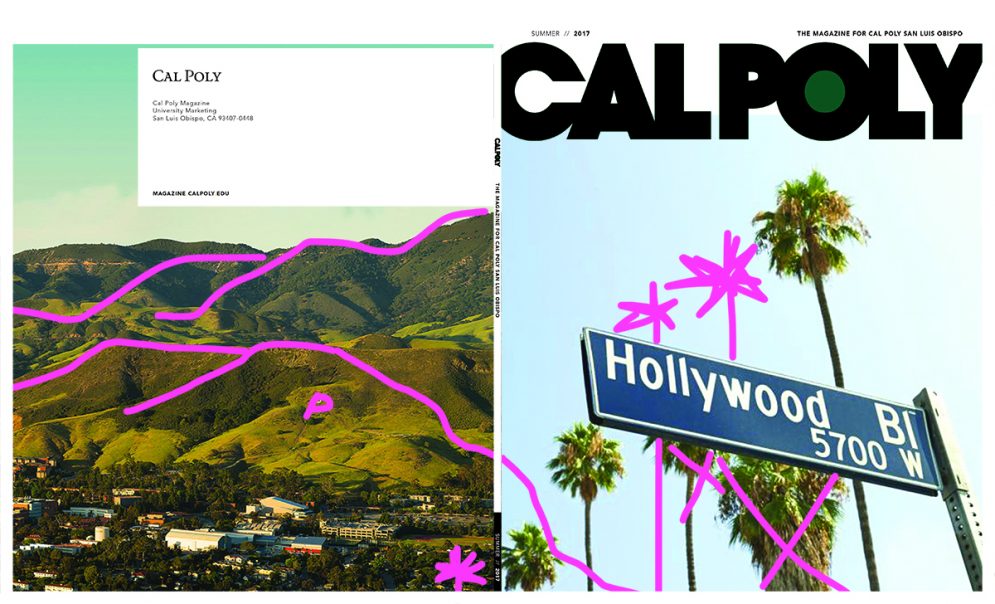 With our big feature hoping to shine a light behind the scenes of major film and television, we were stuck on the undeniable truth that a photo shoot would not be possible due to everyone’s jam-packed schedules.

How could we tell the story with absolutely no images to support it? For shame! The wheels began spinning, and before long, we landed on the solution: illustrations! 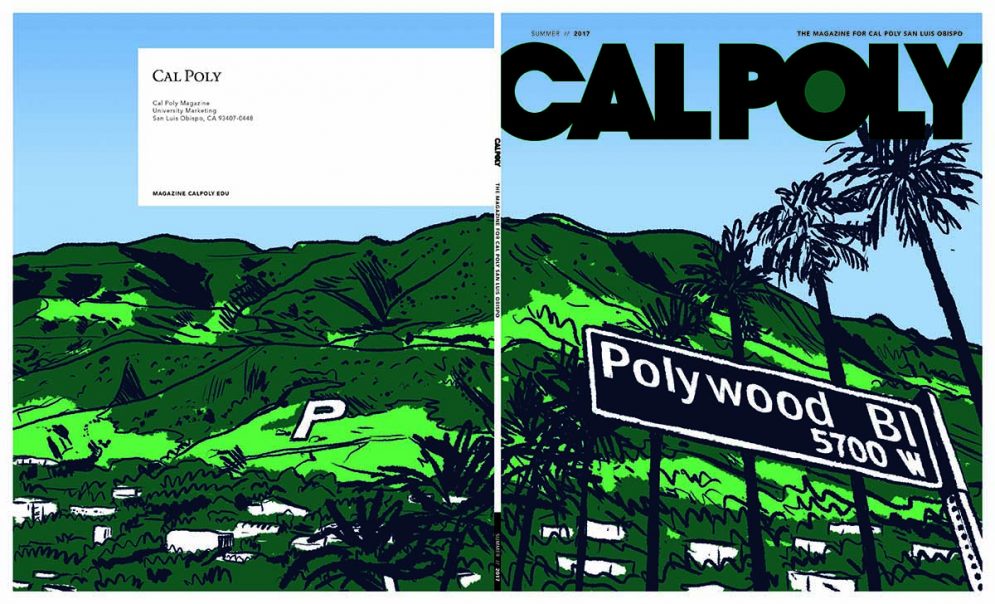 The second round concept illustrated by Jon Marchione

We turned to artist Jon Marchione to tackle this challenge. His creative portraits captured our imagination and allowed us to playfully illuminate our subjects in the Polywood feature while they continued making the blockbusters we will all be talking about next year. Our eyes widened at the prospect of letting that creativity spill over onto the cover of the fall issue. 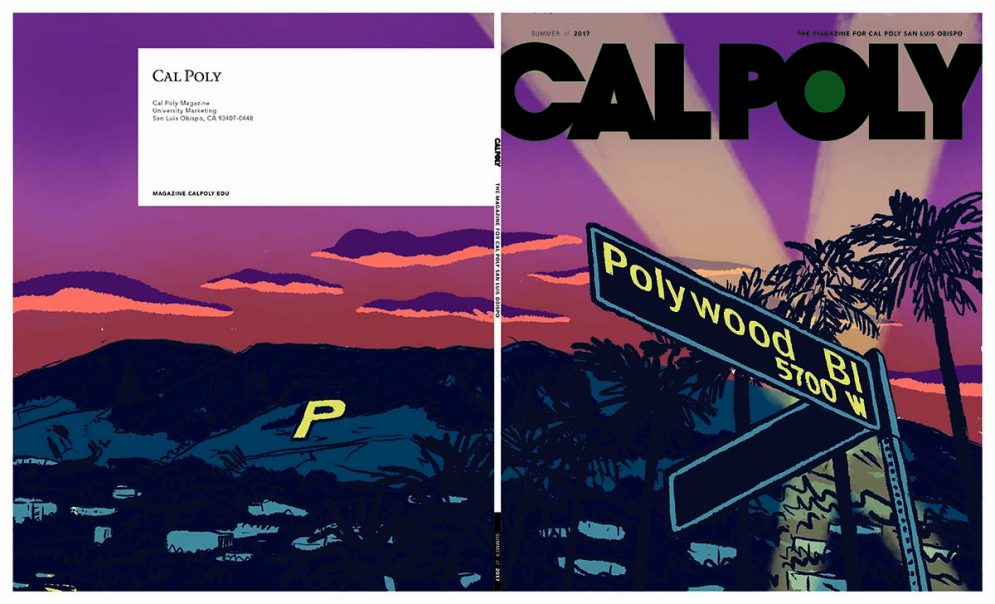 Our third round concept – a sunset scene – by Jon Marchione

A few Google searches had us brainstorming what So Cal iconography we could leverage. The team discussed taking creative license with the infamous Hollywood Sign but decided that any letters on a hill should be our campus’ beloved “P.” Instead, we opted for hills illuminated by spotlights and street signs that would place the viewer on the streets of La La Land buzzing with the excitement of the next star sighting. 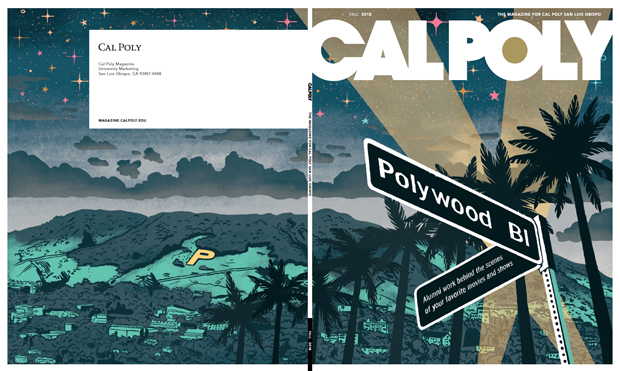 Marchione then blended our cover art with more familiar scenery. On the back cover of the print edition, you’ll see the welcoming hills of San Luis Obispo with campus nestled in the foothills. Most notably, there’s an illustrated homage to the Cal Poly “P” with the notable architecture of the Performing Arts Center, the Baker Center and the Rec Center. Marchione also made sure to pull the colors you see on the cover into the bright hues of the Polywood feature. In the online version of the article, you can see the illustration put in motion, capturing the twinkle of the stars and the sway of the spotlights.

Thanks for taking this (first) peek behind the cover of Cal Poly Magazine. Is there something else in the magazine-making process you’re curious about? Email us at magazine[email protected]. 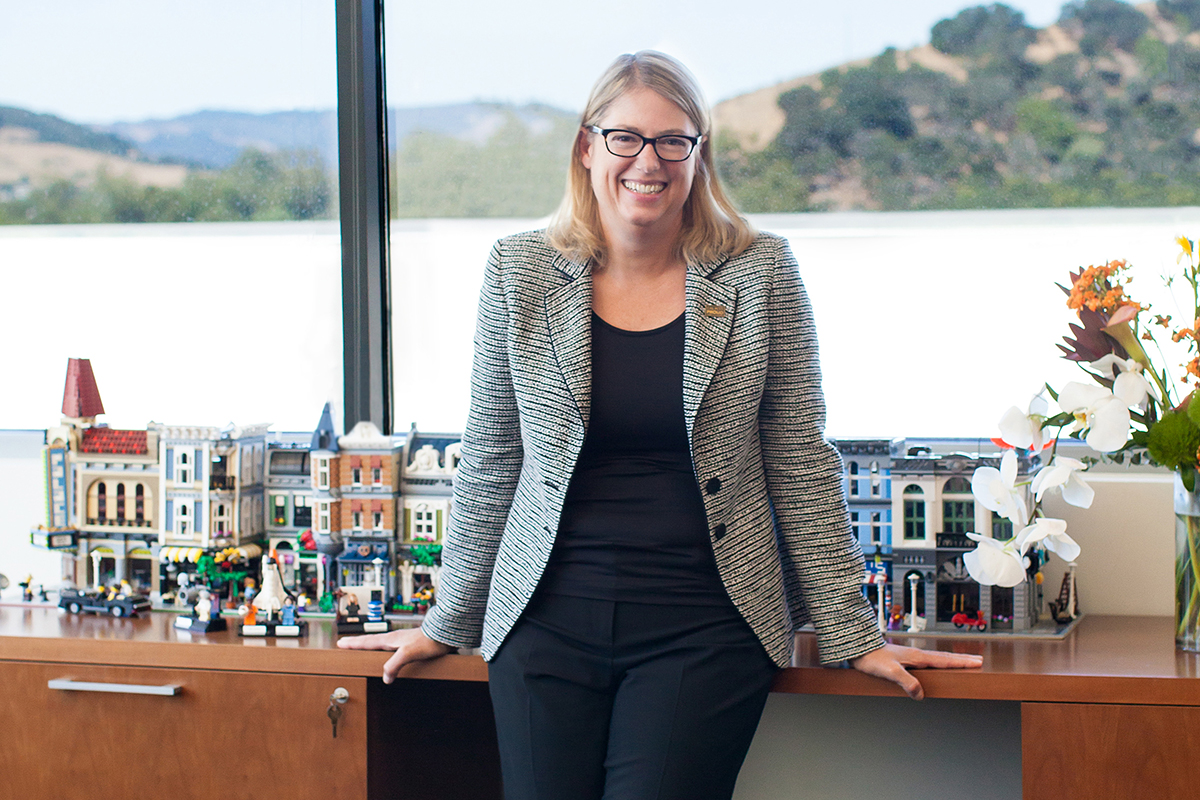