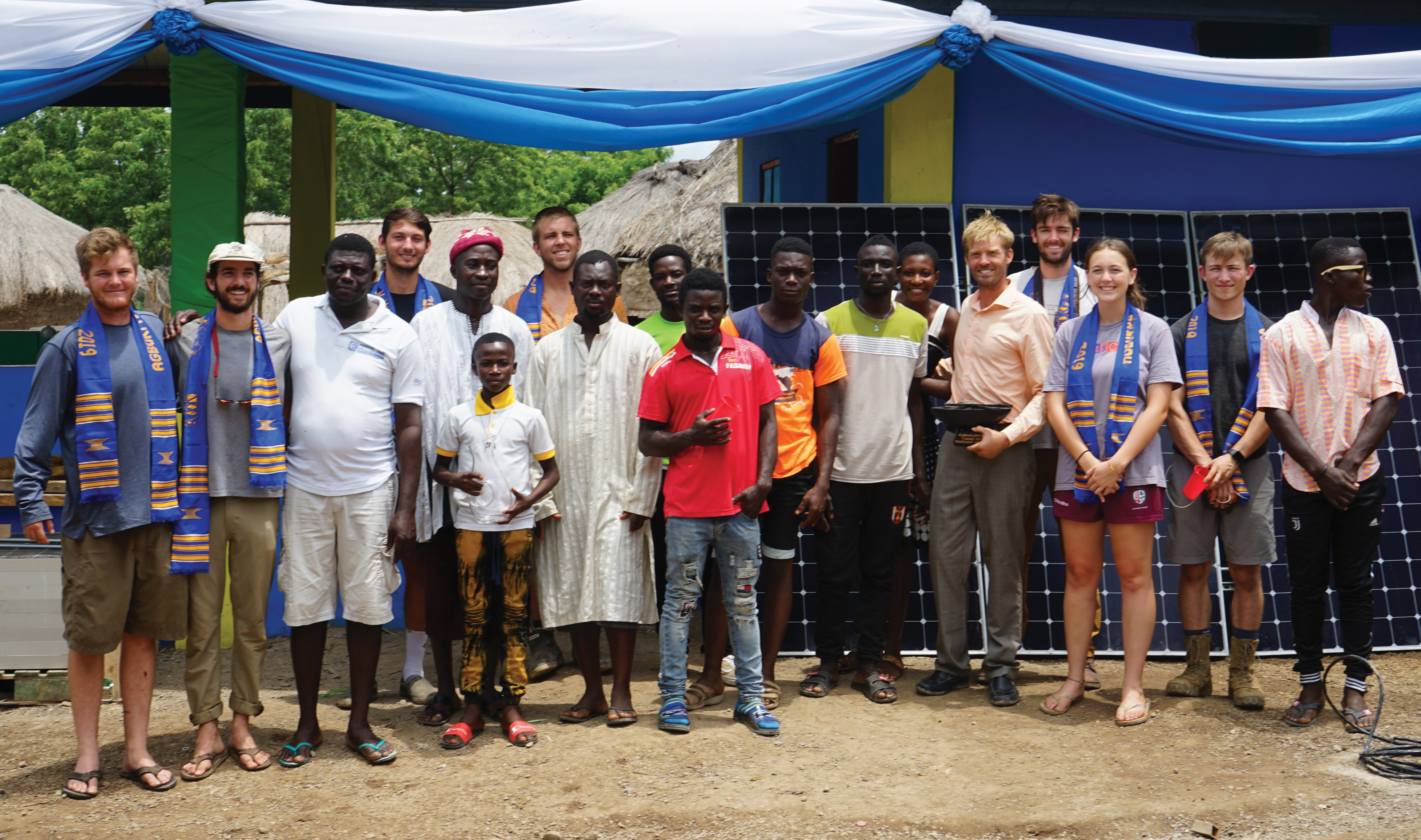 Powering Up Off the Grid

Over the summer, three student groups joined forces to use solar technology to improve the quality of life in a small, off-grid fishing village in Ghana.

“I am a firm believer that people with privilege should use their power to lessen human suffering,” said Grace Gius, a third-year industrial engineering student in the research group who was drawn to the cookpot project for its potential to reduce deforestation and improve health in Agbokpa.

“Being able to meet the people I was serving gave me a deeper understanding of why this work is important.” 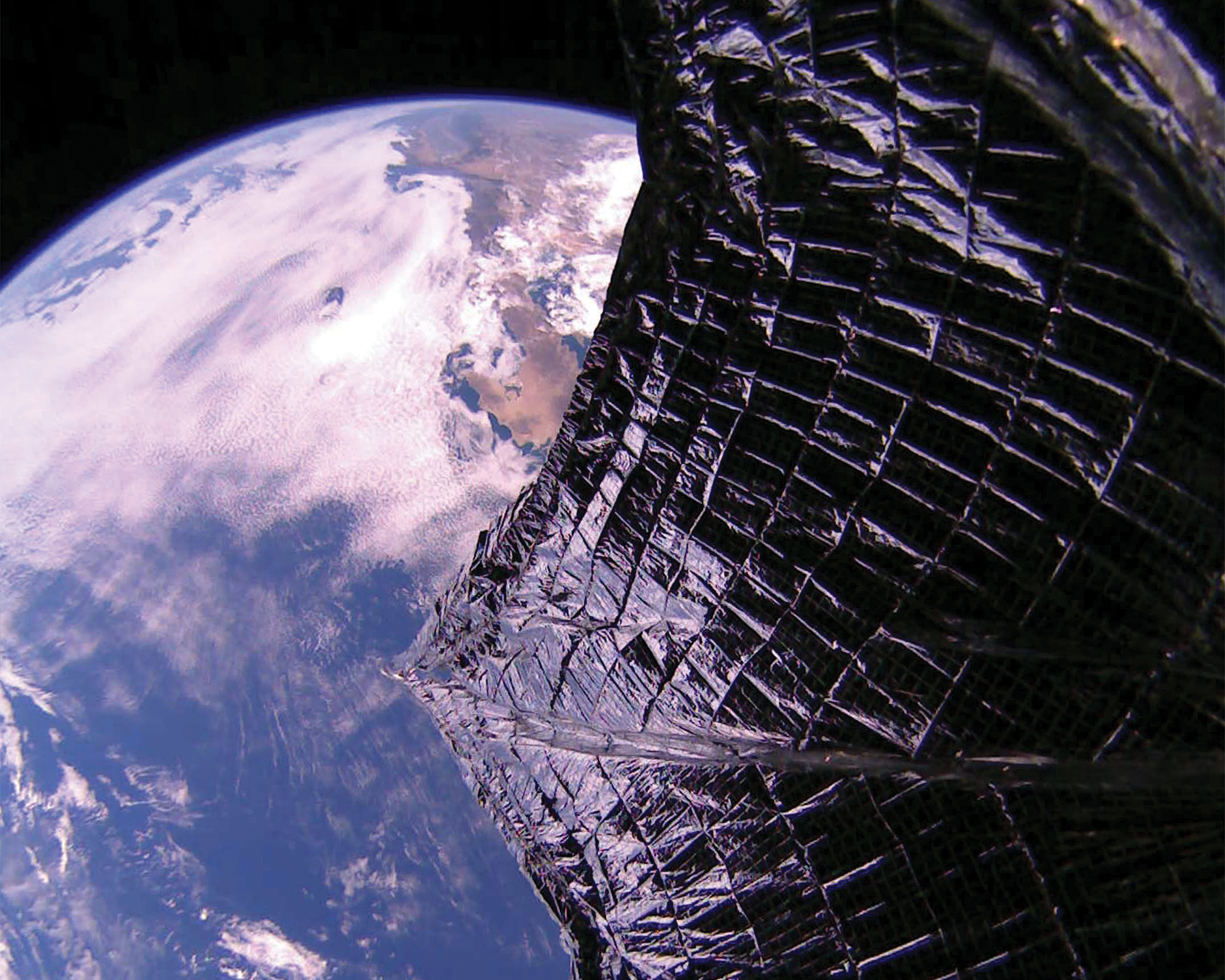 It is a huge score for CubeSats and for the team at Cal Poly — it is the beginning of a new way to travel in space. 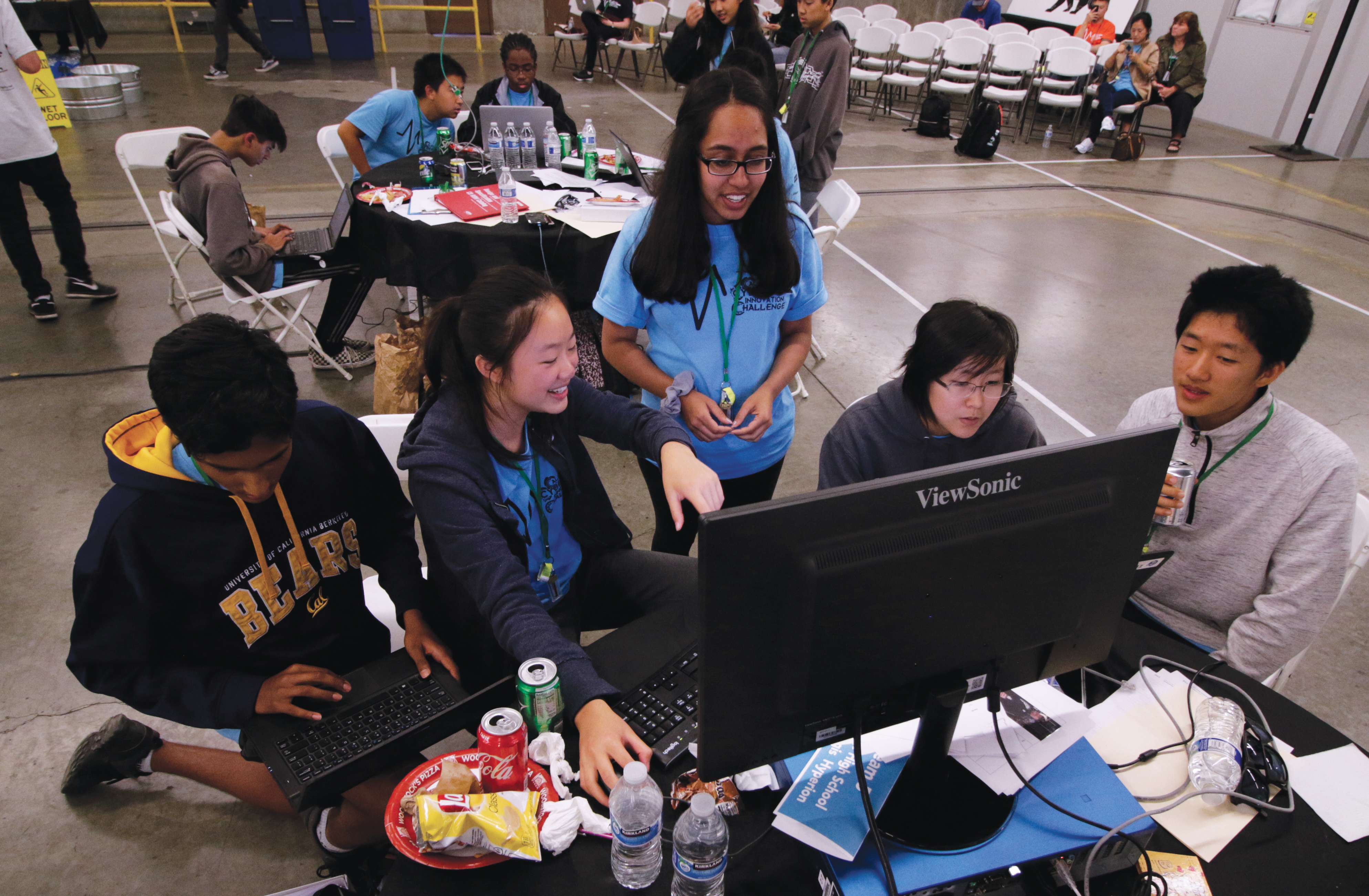 After a 20-something named Justin Walker suffers a heart attack, evidence suggests that his pacemaker has been hacked. Now teams of teenaged cyber sleuths have assembled to find out who did it and how. The clock is ticking.

“They have six hours for this challenge,” said Jess MacMillan, who recently earned her degree in liberal arts and engineering studies. “Two hours to go through all the rooms and four hours to actually analyze all the evidence.”

Of course, MacMillan knows exactly what happened to Walker — she created him and the weaponized biomedical attack. MacMillan’s fictional storyline provided the scenario for the 2019 California Cyber Challenge. Held in June at Cal Poly’s Cybersecurity Institute (CCI), the challenge is a high-tech version of the classic board game “Clue,” complete with detailed faux crime scene sets. All the amateur detectives are middle and high school students from across the state.

Twenty-six teams competed, having advanced from regional qualifying rounds and an at-large application process. During the challenge, students worked in digital forensics teams, analyzing physical and digital evidence, then presented their case to a panel of expert judges.

The challenge aims to get teens interested in cybersecurity — a rapidly-growing field that addresses the rising threat of cybercrime.

“Kids who are exposed to these opportunities early and show that they can do this type of work — and learn that it’s exciting, rewarding, and well paid — end up pursing opportunities in the field,” Minnich said.

The sets helped lend authenticity to the physical evidence, said Marlon Agbayani, of Granada Hills. “In real life cybersecurity, it’s not just sitting at a computer,” he said. “You have to go out in the field and connect those two.”

Technically, I think both are correct, but in my experience DAY-ta is generally the preferred pronunciation. DAA-ta sounds like you do spreadsheets for John Deere. In related news, data is plural and datum is singular, in case that ever comes up. 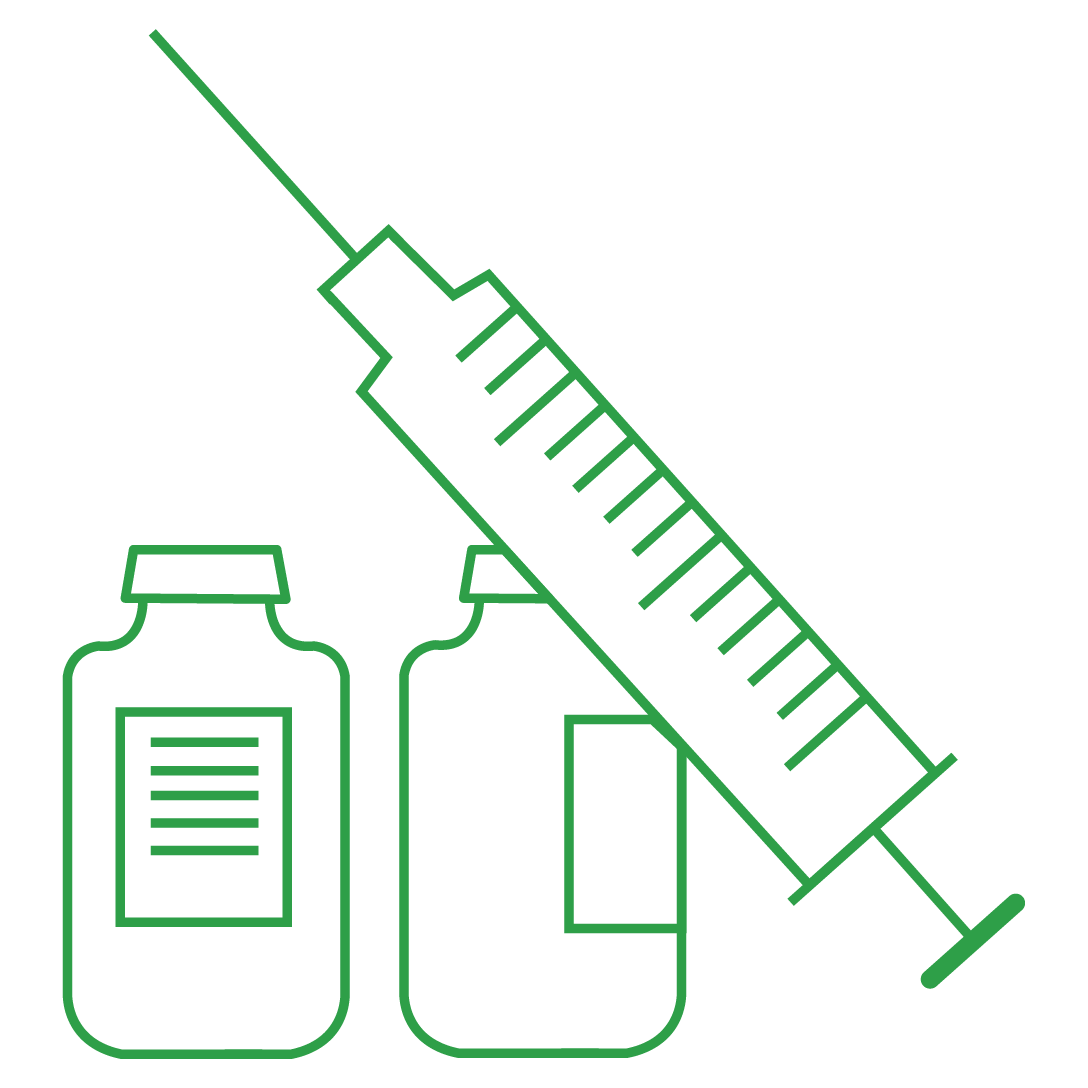 As if you need another reason — Cal Poly economics Professor Corey White recently published a paper estimating the potential economic results of a 1% increase in flu shots in the U.S. 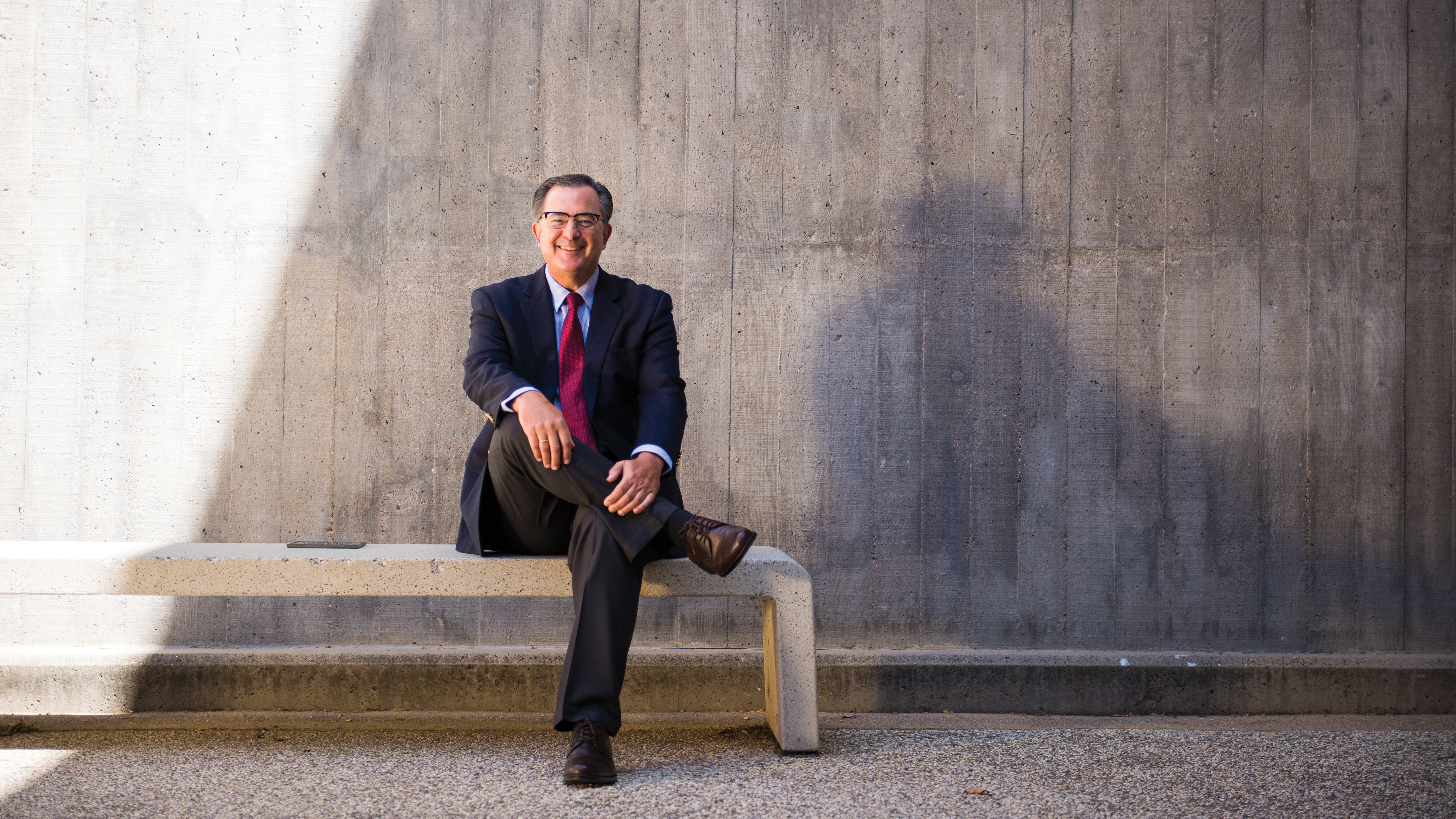 This fall, Philip Williams joined Cal Poly as dean of the College of Liberal Arts. An expert in political science, Williams was recently the director of the Center for Latin American Studies at the University of Florida and co-wrote the book “Living ‘Illegal’: The Human Face of Unauthorized Immigration.” He spoke with us about what political science means to him, and what role academics should play in the public sphere.

Why did you choose to major in political science as an undergrad?

I started at UCLA as a biology pre-med major. I had a course in biology and calculus and an elective in comparative politics. And the only course I thoroughly enjoyed was the comparative politics course. The professor who taught the comparative politics course was from France and exposed me to many different political systems and new ways of thinking about politics. So I changed my major after one quarter and became a political science major. I think many students come into college thinking they know what they want to do, but it’s important to be open to the possibility of change. It was really important in my case. Political science opened up new horizons for me.

What was the inspiration for your book “Living ‘Illegal’”?

I recorded a lot of life histories from immigrants during a previous research project, and the stories of undocumented immigrants were very powerful. We learned about the reasons they decided to leave home and leave their families behind — often gut-wrenching decisions. But juxtaposed with that was an increasingly polarized discourse about immigration oftentimes filled with stereotypes, misperceptions and vitriol against immigrants. Our intention in writing the book was — as the subtitle suggests — to humanize the debate by drawing on real-life stories and by providing context about why people migrate in first place.

Do you think educational institutions have a role to play in the immigration debate?

Absolutely! There’s a lot of expertise about immigration in academia and institutions of higher education, including at Cal Poly. And it’s not just the issue of immigration. There are many issues in the public debate and discourse in which we have a role to play. We need to do a better job of not just speaking to each other in academia, but using our expertise to educate the citizenry and get involved in the public discourse. We can also help bring a more civil tone to the debate as well.