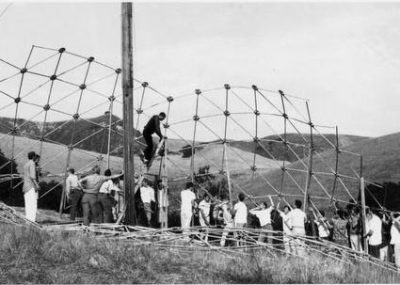 The senior project, the culminating capstone project for Cal Poly undergraduates, originated as a 5,000-word “senior thesis” in the 1941-42 school year, the same year Cal Poly began to confer baccalaureate degrees. By 1953 the thesis was renamed “senior project” to better reflect the focus on the nature of the assignment, which was heavily influenced by Learn by Doing and the project-system philosophy that has guided the university since 1901.

Since then, the senior project has remained a requirement for all undergraduate students. Students typically spend two quarters exploring an idea through design or construction, an experiment, self-guided study or research, a presentation, or a portfolio display or performance. They work individually or in teams, and often build on the research of previous students’ senior projects. Faculty advisors lend support and advice through the process. At the end, students have a tangible representation of their undergraduate experience to take with them as they embark on their next steps after graduation. 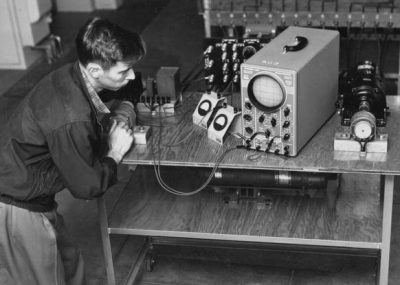 In addition to providing students with a culminating Learn by Doing experience, senior projects can provide many other benefits. Past projects have established businesses, led to patents, and contributed to reshaping industries and fields of scholarship. 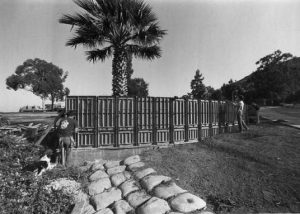 What was your senior project at Cal Poly? Tell us about it at [email protected].

Curious what senior projects look like today? Watch videos on six distinct projects from students putting their knowledge into action.