In the fall of 2019, a special group of 13 faculty members began teaching classes across five colleges at Cal Poly. Though their specialties run the gamut from mechanical engineering to criminology, all have something in common: they use their scholarship and teaching to illuminate the ways that diversity and inclusion intersect with their field of study.

These educators were hired through Cal Poly’s first universitywide faculty cluster hire program, a concentrated effort to recruit and retain faculty who leverage inclusive teaching strategies, as part of the campus’ effort to institutionalize equity. In 2017, seven new faculty joined the College of Liberal Arts as part of a cluster hire specific to that college.

Each of these individuals brings with them a unique perspective they use to teach, engage in applied research, and serve the learning community at large.

In this first installment of an ongoing series, get to know three of these professors and the research they’re tackling as they become part of the Cal Poly community.

Getting to the Root of the Problem 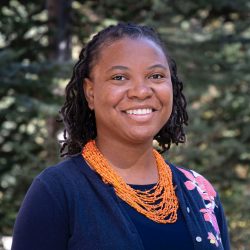 “We can’t create change unless we know what needs to be changed.”

This truth is what drives public health Professor Joni Roberts. She studies disparities in health care associated with cultural beliefs and bias, specifically focusing on women

“We have a lot of data that tells us either people are or aren’t [seeking care],” she says. “What we don’t know is the ‘why.’”

Roberts says the “why” goes beyond demographic data points to weave in cultural traditions, geographic location, and decision-making authority within a family structure. Through a spectrum of qualitative research, she aims to clarify the persistent disparities in health care outcomes that impact specific communities worldwide.

Take high rates of obesity in Black Americans. Data often points to diet as a driver of the trend, but Roberts looks at the culinary traditions of soul food more broadly.

“The more we unpack that, the more we can go to the root of the problem,” she proposes. “How can we still have soul food that’s healthy? How can we still address these issues without stripping someone of their cultural heritage, but still help them to reach the same destination?”

Today, Roberts investigates the continuum of care for women before, during and after conception. In younger populations, she studies whether or not individuals consider birth control options. After conception, she examines how women receive care and whether or not they comply with the myriad recommendations for a healthy pregnancy.

“At either stage, I tend to see that their cultural background significantly affects their decision-making,” says Roberts. “That definitely means their environment, things they’ve been exposed to, things they’ve heard, experiences they’ve had or experiences relatives or peers have had.”

Roberts has gathered data in communities in the American South, Malawi and Uganda. Outside the U.S., she found that health care providers themselves reinforced many cultural practices normalized in families. For example, it’s customary for newly pregnant women in Sub-Saharan Africa to delay prenatal care until they being to show, in the fifth or sixth month of pregnancy.

“A lot of that goes to superstition, beliefs in supernatural powers, and a belief in witchcraft,” Roberts says of the cultural rationale, but there’s more to it. “Taking into consideration the fact that you’re dealing with a community of people where child survival — deaths in children younger than 5 years — is uncommon, it makes sense that people would take as many precautions as possible not to disclose their pregnancy.

“A woman can give birth five times and have only one living child— it starts to hit home.”

Her research focus brought Roberts to Cal Poly in 2019. Now, she teaches multicultural and global health classes while leading a team of students researching how self-perception of adverse effects of birth control methods can influence contraceptive choice among young adults.

“[Previous to Cal Poly], I was at a historically Black college and university with a larger minority population; things that I knew were culturally relevant were sort of the norm among the student population,” says Roberts. “Here, I’m spending more time educating my students and research team about things that they may not have considered and how it affects others.”

Roberts and her team hope to turn the findings into a proposal to further study the way students feel about contraception choices.

Whether teaching her general education courses or conducting focused research, she’s excited to inspire another generation of compassionate students at Cal Poly, digging below the surface to achieve better health for all. 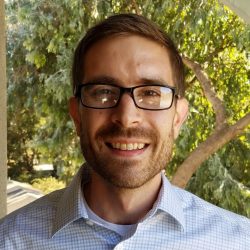 “We are a model of what an engineering program can and should be,” he says. “We are consistently ranked in the top tier of engineering universities, and as such, we have a tremendous opportunity to serve as a national model of engineering that has — at its core — an appreciation of diversity, equity, and inclusion and a recognition of these issues as fundamental aspects of engineering design activity.”

Engineers regularly justify certain decisions based on criteria like ergonomics or manufacturability. Lutz believes equity belongs among those criteria too because of its potential to affect the environment, the economy and public health.

“Framing things in terms of social justice helps us ask critical questions about the design outcomes, such as, ‘Who does this help? Who does this harm? Who is this for? Who is this not for?’” says Lutz. “And these questions can illuminate critical blind spots in engineers’ design decision making processes.”

An often-cited example of engineering that lacks a social justice framework is the design of seat belts in cars. Originally, seat belts were created to best fit a full-grown man. As a result, women and children, who have different physical builds than men, suffer more injuries from seat belts in car accidents.

Lutz is studying social justice design criteria through the CREATE research group, which stands for Critical Research in Engineering and Technology Education. A grant from the Engineering Information Foundation is helping the group explore the role of gender composition among teams in the very first step in the design process: brainstorming.

“We developed a brainstorming prompt and are using text analysis of audio-recorded brainstorming and focus group sessions to explore differences in communication across groups, especially as they pertain to issues of power and privilege,” he says.

Lutz’s team is still sorting out preliminary analysis and considering scaling the research up to gather more data. But he anticipates the analysis could cut in two distinct ways: the way gender composition impacts the novelty, variety and quantity of a brainstorm’s results; and the way language and a group’s gender composition shape power and equity during brainstorming.

To Lutz, this early but critical step in the design process can’t be overlooked.

“Our work can help inform the way faculty might facilitate learning and ideation in particular for engineering design teams,” observes Lutz. “The interpersonal dynamics that occur during those processes can have downstream impacts on ultimate success of a given design and, perhaps most importantly, the learning that happens as students engage.”

With the CREATE team, Lutz hopes his findings can help build a theory for equity-minded design processes that makes social justice part of an engineer’s foundational criteria.

“I think that as a teacher-scholar, it is vital that engineering students are given opportunities to see how their work exists in a sociotechnical context and the ways their choices can drive positive change in the world.” 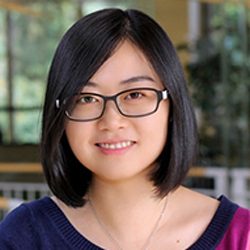 If you want to apply an inclusive lens to a field in academia, where do you start? It can be a daunting question.

“There’s a big driving force: [companies] want to make a profit,” she acknowledges. “They are the ones who are pioneers in getting to know their customer. What do customers want? What do they like? What kind of language do they speak? How do they interact with their family members?”

Wang studies how marketing messages affect consumers from different backgrounds and asks these kinds of questions in the course of her work. She and her coauthors are publishing research this year on how a consumer’s perception of their own power affects consumer decision making.

“That happens especially in the food area. The access is there. In stores that [accept] food stamps, they have healthy options. A lot of times people don’t take those options,” says Wang. “That’s the area that we explore: how do we encourage people when they are in a low power [situation] to have better decision making?”

Wang says marketing messages can temporarily boost or hinder a consumer’s sense of personal power. Making a conscious effort to include a diverse group of people in a brand’s messaging can feel more empowering to the viewer — which studies show has a big impact on purchasing.

Wang says those individual decisions go beyond one person’s shopping cart. With online shopping and social media collecting data and suggesting new items to purchase, consumers influence what other people buy, the product image and ultimately the brand.

Power also comes into play when setting a price for goods or services. Wang and her fellow researchers are examining a model called participative pricing, which enables a consumer to help determine the final price of goods or services. This idea takes a few shapes, from a consumer choosing from a range of suggested prices, to a customer estimating what dollar amount they think is fair to pay.

“It is perceived as enhancing customer loyalty, good for the brand, and engaging customers. Companies like Priceline, Panera Bread and even the Metropolitan Museum of Art in New York City have explored this kind of pricing,” says Wang, “but they all dropped it eventually.”

Wang is investigating why these experiments have fizzled after showing promise.

“We found out there is a tradeoff between control and effort. Once you have more control, you take more responsibility in determining the price, which is effortful,” Wang notes, recognizing that estimating a price for one meal may feel more approachable than doing so for a dozen items at a drug store. “Once or twice, it might be good, but after a long time, consumers get tired.”

But won’t some consumers game the system and try to pay little or nothing in this kind of model? The data has proven otherwise.

“Research has shown that people have this conscientiousness and fairness in their heart,” says Wang. “They don’t want to pay nothing.”

In addition to her upcoming research, Wang is taking her expertise to Cal Poly’s BEACoN Mentoring program, which empowers faculty to mentor students one-on-one by partnering on research opportunities. She’s excited about the chance to teach students how to carefully explore marketing research practices using topics that appeal to them.

“We’re going to study color and consumer behavior,” says Wang of the early-early stage project. “We don’t have a specific topic narrowed down yet, but I would like this student lead to find which area she finds interesting, and I’m going to help her investigate.”