Over recent months, a debate has raged across the U.S. over the idea of critical race theory. Is it being taught in elementary schools? Is it teaching our children to hate white people? What is it in the first place? The questions are almost as plentiful as the proposed answers, and both are often delivered with a growing sense of rage.

José Navarro teaches ethnic studies at Cal Poly and is an expert on critical race theory, or CRT. He spoke with Cal Poly Magazine to separate the facts from the fiction. 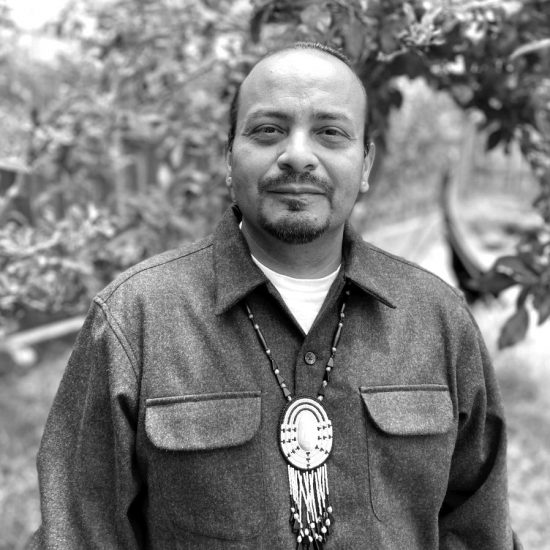 What is critical race theory?
Critical race theory is a form of study that applies a lens to the study of law suggesting that the law and various legal institutions are not neutral arbiters. There are many professors at places like Harvard, UCLA — constitutional scholars who suggest that the history of U.S. law and its application actually favored the construction of a white supremacist nation and society.

What has been misrepresented about critical race theory in recent public discussions about how it applies to education in particular?
The first thing is, critical race theory, as this specific concept developed at Harvard, is a critique of the legal system and certain kinds of foundations of thinking about the law. It’s mostly discussed in law school among lawyers and law professors. One of the first misconceptions is that you have high school students doing this. High school students are not engaging with this very complex theoretical formation.

Given that it’s being misinterpreted, why is critical race theory an important part of the study of the law?
It’s important because when we think about ourselves as a nation, we often use catchphrases like law and order. But we have to realize that the law is not neutral. The law hasn’t completely worked for everybody equally. This is why we have various amendments to the Constitution. For example, the very first law of citizenship, the United States Naturalization Act of 1790, effectively says that the only people who could be citizens of the country were free white men of good moral character. That excludes women. That excludes most Irish, Italian and Jewish folks, because “good moral character” at the time was determined effectively by who you went to church with.

For almost 300 years we’ve called ourselves the greatest democracy in the world. In a democracy, the people are supposed to rule, and they govern by their vote. Well, it wasn’t until 1920 that women had the right to vote, and this was only white women. We didn’t guarantee the right to vote for everybody until the Voting Rights Act of 1965. So, if you just count from 1776 to 1965, we were not a real, functioning democracy for almost 200 years. Then after 1965 you still see efforts to disenfranchise people. This history raises serious questions about how truly democratic our democracy is.

Overall, our values and the things that we say are not always in line with the laws that we pass. That’s why it’s important to examine the laws, because it reveals those biases. You have to be knowledgeable about what the law does, who it works for and who it doesn’t work for, otherwise you’re letting folks run away with democracy.

So critical race theory is not something that you’re going to encounter in elementary or middle or high school. But is there any part of this that you think does need to be addressed for younger students? What should we rethink about the way we talk about race in schools?
Those of us who teach about race and racism generally think that, in the K-12 system, we’re not addressing it enough. And part of the reason is because there’s a set of people who don’t want their children to have these uncomfortable conversations. If you look at some recent local school board resolutions, what they’re explicitly trying to do is legislate based on students’ feelings. They don’t like their students feeling guilty about racism.

But you can’t make good policy based on somebody’s feelings. Those of us who teach ethnic studies, who deal with race and ethnicity, we don’t deal with feelings. There is no getting around the historical facts of chattel slavery in America, or the fact that we disenfranchised women until 1920 and Black and brown folks until 1965. We did those things. Those are the historical facts.

Now, if those facts make people feel uncomfortable or guilty, that’s irrelevant. In fact, the fact that people feel bad about those things is a good thing, but we should never stay in those feelings. You have to be moved to action. That you feel guilty means that you have a conscience. And if you feel guilty and you have a conscience, that conscience should move you to action to create a more just and equitable world.