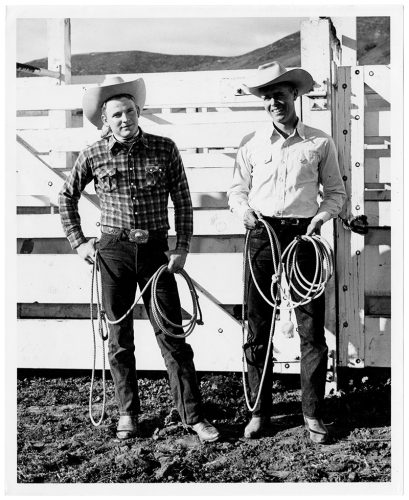 If you’ve ever enjoyed the spectacle of a rodeo, chances are you have Cotton Rosser (Animal Husbandry ’52) to thank. The rodeo legend, who died June 22, 2022, at the age of 93, was known as King of the Cowboys for his monumental impact on the sport.

Born Horton Alexander Rosser, Cotton brought his determination and bold brand of showmanship to Cal Poly’s upstart rodeo team as a student in the late 1940s and early 1950s. At the inaugural Intercollegiate Rodeo Finals in 1949, he placed second in the All Around and won the All Around and National Saddle Bronc Riding championships the following year.

Rosser served as team captain and, as a licensed pilot, even flew the team to competitions across the country. On the ground, his leadership pushed the program to the forefront of intercollegiate rodeo competition and helped establish the Poly Royal Rodeo, a tradition that continues to this day.

Not long after earning his degree, Rosser broke both his legs in a ranch accident, ending his professional career but not his passion for the sport. In 1956, he purchased the Flying U Rodeo Co. in Marysville, California. As president and CEO, Rosser worked with his wife, Karin, to produce more than 3,000 rodeo events. He was also instrumental in bringing high school rodeo to California. 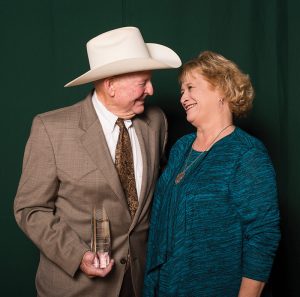 Rosser’s legacy is defined by his penchant for innovation. He continually enhanced the company by improving his livestock breeding programs and keeping the entertainment aspect of rodeo colorful and fresh. He was known for introducing crowd-friendly components that are now standard in the sport, including opening ceremonies featuring patriotic flag presentations, pyrotechnics and mechanical props.

Rosser earned spots in the ProRodeo Hall of Fame and the Hall of Great Westerners at the National Cowboy and Western Heritage Museum in Oklahoma City. In 2015, he received the PRCA Donita Barnes Contract Personnel Lifetime Achievement Award. He received an honorary doctorate from Cal Poly in 2013 and was among the university’s 2016 class of Honored Alumni.

In 2021, the on-campus rodeo facilities were renamed the Cotton Rosser Rodeo Complex to pay homage to the alumnus’ consistent and enthusiastic support of the team. The 80th Annual Poly Royal held in April was also dedicated to Rosser. His leadership helped make Poly Royal one of the largest intercollegiate rodeos in the world, attracting more than 15,000 spectators each year. 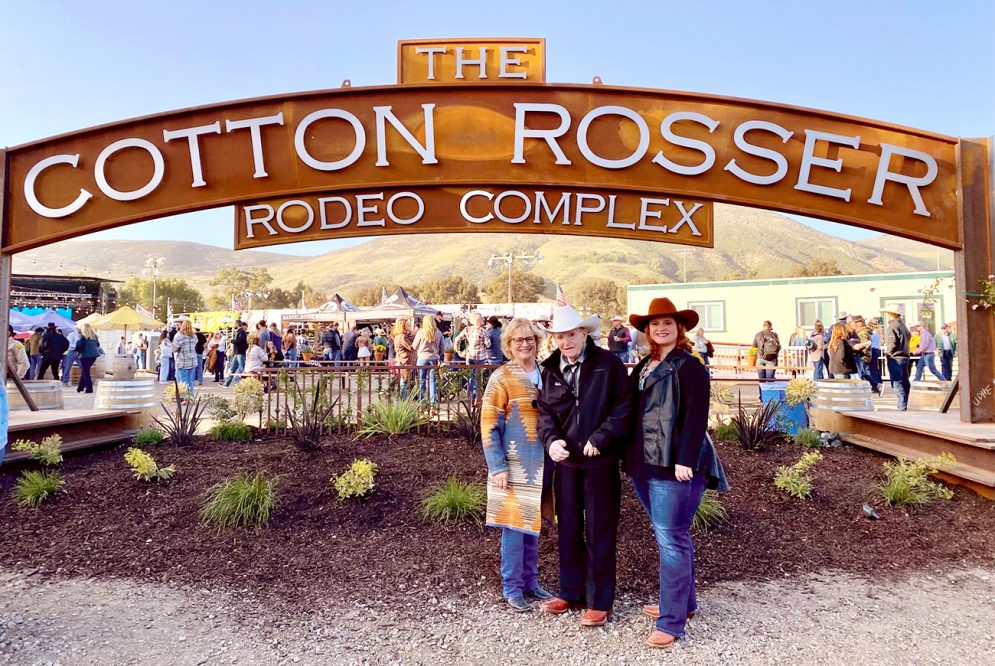 Nearly 70 years after Rosser’s time in the arena, Cal Poly has become one of the most prestigious rodeo programs on the West Coast. The $5 million Cotton Rosser Rodeo Endowment honors his distinguished dedication to the sport while supporting the future of the Cal Poly Rodeo program.