Wildfire has always been part of life in California — it is a necessary and natural stage in most of the state’s habitats that provides a range of ecological benefits. But in recent years, the negative consequences of fires have significantly escalated. The last five years have seen some of the largest and most destructive blazes in California’s recorded history. Five of the 10 largest wildfires in state history occurred in 2020 alone. 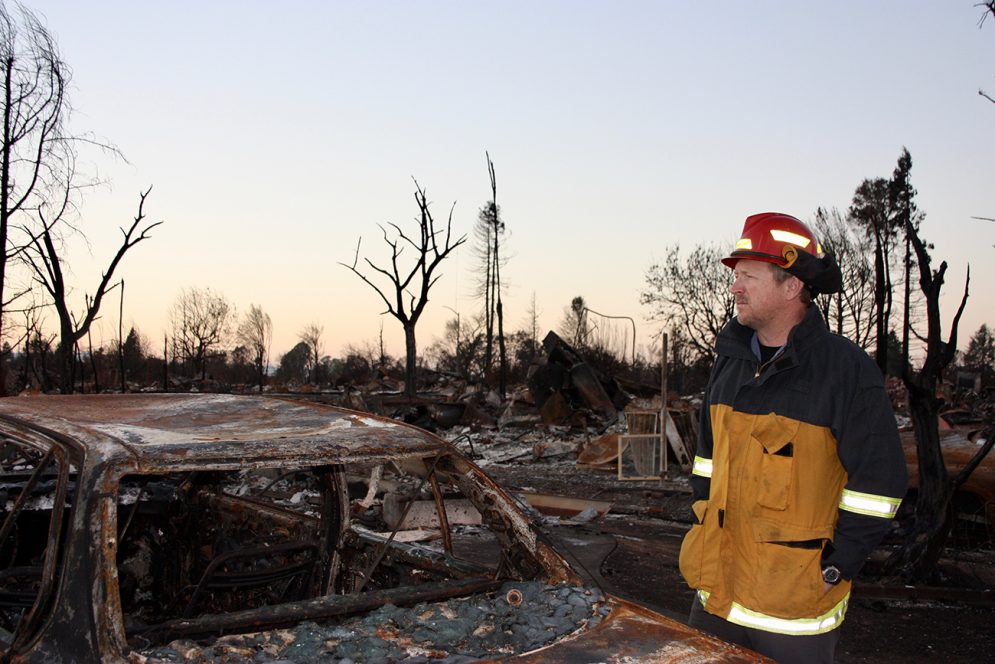 Is this uptick due to climate change? It’s more complicated than that, according to experts. Drought, high temperatures and wind conditions intensified by climate change act like comorbidities that accelerate wildfires in overgrown, weakened ecosystems, says Chris Dicus, professor in the Natural Resources Management and Environmental Sciences Department. These fires swiftly spread to the wildland-urban interface — the point where the built environment meets natural landscapes.

“This is largely a product of our making in terms of our vegetation management, how and where we build our homes, and climate change,” said Dicus, who is the president of the Association for Fire Ecology and leader of the Wildland-Urban Interface Module of the California Fire Science Consortium. “I rage against the idea that this has to be our new normal.”

To address the escalating consequences of wildfire, Dicus’ latest research has shifted to laser focused topics like home ignition and fuel management. His work joins a spectrum of interdisciplinary scholarship already in motion in fields like fire protection engineering, chemistry, municipal planning and animal science, positioning Cal Poly as one of California’s most vital sources of expertise on fire.

The swell of collaboration leaves Dicus cautiously optimistic. “We can work our way out of it,” he said. “In the immediate future, we’re going to continue to see some devastation, but if we have the political will, we can fix this. I truly believe that.”

For nearly two years, biological sciences graduate student Annie Meeder worked with Dicus to estimate how greenhouse gases can change in California forests. The project, funded by Cal Fire, zeros in on places where the agency has performed proactive treatments on the land. Meeder led more than a dozen students using computer models to see whether reducing the amount of flammable material means less CO2 is released when a fire occurs over the coming decades.

A simulation of a wildfire in the Forest Vegetation Simulator. Courtesy of Annie Meeder.

The computer models compare how much CO2 would have been released with no treatment versus what is likely to occur through the year 2080 with Cal Fire’s treatment measures. In total, the team has collected data on more than 100 treatment sites in dozens of counties across the state.

Cal Fire’s fuel treatments can include processes like mastication — using machinery to break down trees and large brush, either clearing the material or leaving it in the ecosystem — planting fire-resistant plants, forest thinning and much more.

Though Cal Fire gave the team direction on how to use these tools together, the students refined the process through experience. For example, the software wasn’t able to compute data for treatments other than mastication. Meeder and co-supervisor Tara O’Rourke (Marine Sciences ’20) worked with Cal Fire to make the necessary adjustments in the FVS software to include tactics like forest thinning and chipping.

“The most awesome part of this project is that a lot of students get to put five or six different software programs on their resumes that pertain to whatever field they want to go in,” Meeder said.

This work is actually a side project for Meeder, who recently received a National Science Foundation Graduate Research Fellowship to study the dynamics of Santa Cruz Island vegetation communities.

Dicus says Meeder’s commitment to fire research and her ability to motivate students has made a difference as the project navigated virtual learning environments during the pandemic.

“She has taken an enormous leadership role in this project,” Dicus said. “It couldn’t have been done without her.”

Dicus and Meeder plan to co-author a final research paper with O’Rourke about the study in the next year. A new group of students will build off this initial project to model more treatment zones for Cal Fire in the next year.

Powerlines deliver energy to consumers, but they can also cause sparks that start fires.  In recent years, California utility companies have been held liable for several major wildfires — most notably the 2018 Camp Fire in Butte County which killed 85 people and is the deadliest and most destructive wildfire in state history.

A consortium of major utilities came to Cal Poly for help investigating the most efficient ways to improve equipment and prevent future disasters. Bill Siembieda, emeritus professor in the City and Regional Planning Department and Anastasia Telesetsky, a professor specializing in environmental law, collaborated with Dicus to help utilities navigate the state’s regulatory processes and prioritize the most urgent improvements. 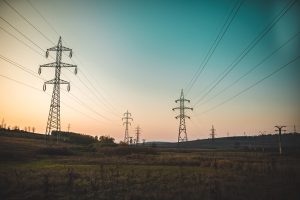 More than 30,000 miles of powerlines stretch across California. Photo by Alexandru Boicu on Unsplash.

Power companies can take a few specific measures to prevent ignition: managing vegetation around the poles and power stations, swapping wood poles for more fire-resistant material, reinforcing transmission lines to contain any sparks, or putting the lines underground. Pacific Gas and Electric has already started to underground all distribution powerlines in Paradise, California, as a result of the Camp Fire.

One of the challenges utilities face is conflicting timetables with different state agencies that oversee their work. Each company maintains annual hazard mitigation plans with regulatory bodies to budget billions of dollars toward improvements. At the same time, large infrastructure projects require an environmental review through the California Environmental Quality Act (CEQA), which can take 18 to 24 months.

“When you say you’re going to spend billions of dollars every three years, it’s hard to spend it if you have to wait two years for an environmental impact statement. You always fall behind,” said Siembieda. “They want to get this money in the ground.”

The team is examining how utilities can use certain exemptions within different categories of CEQA reviews to speed up these projects. Telesetsky is focused on ways to streamline and evolve the regulatory environment; Dicus is working on predictive fire mapping to prioritize work in high-risk areas; and Siembieda is studying resilient planning and design methods.

“The interdisciplinary work really does bring home the motto of Learn by Doing because I know that I’m learning a tremendous amount from my colleagues,” Telesetsky said. “They’re helping me be more imaginative, be more creative with the work that I do, and to think about problems in a different way.”

The team has presented an initial report they believe will lead to accelerated improvements in the coming years. More research partnerships with utilities, including research into fire retardant technology, will continue.

Firefighters aren’t the only ones who can manage fire-prone grass and brush. Animals like goats, cattle and sheep are experts at reducing fuel loads as they graze and tread upon the landscape at well-timed, well-planned intervals. 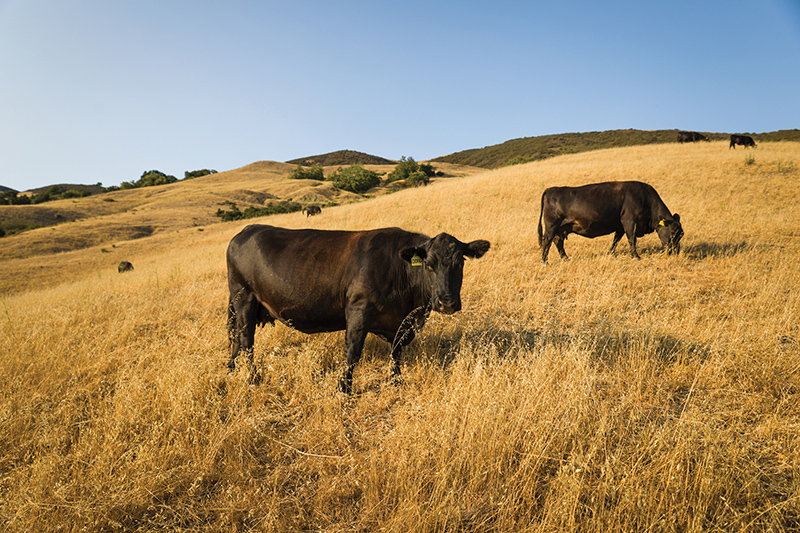 “We came back with the modern science saying, in terms of cost effectiveness and simply effectiveness of the treatment, grazing actually makes all kinds of sense compared to setting fires, using heavy equipment or crews to remove the vegetation,” he said.

“I want my students to see how these things work and how to both engage with state agencies and the public to educate them about these processes.” 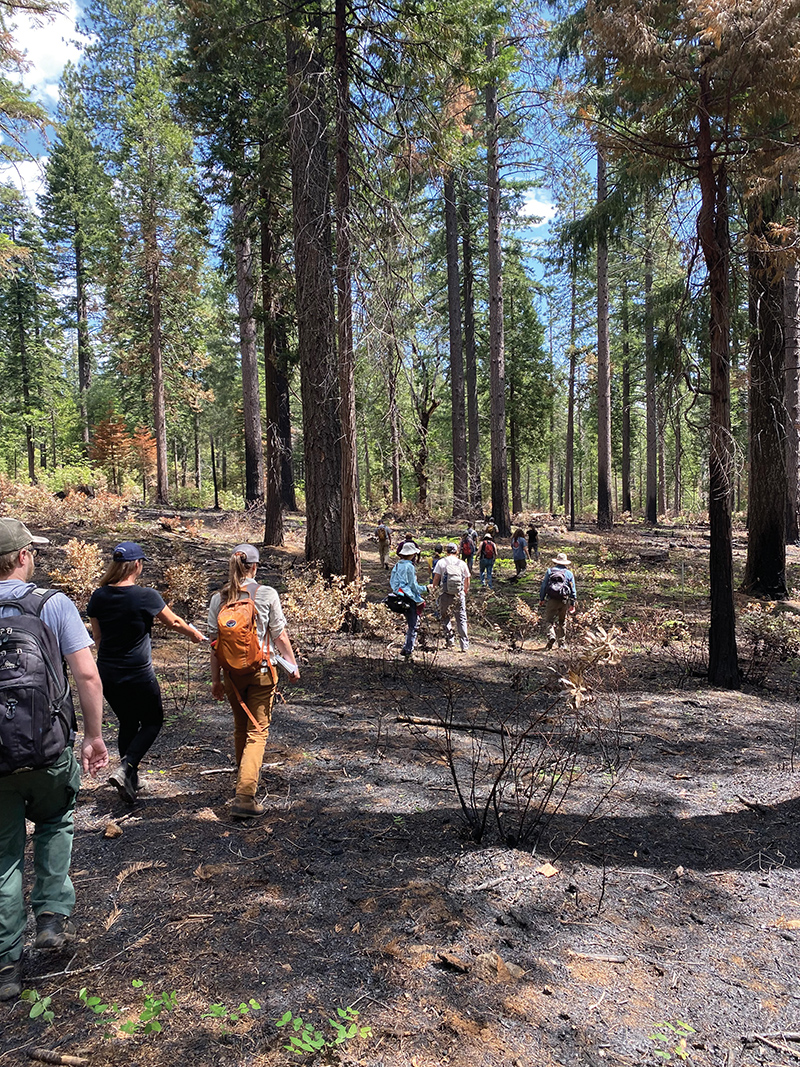 The Fuels Management Training Program at Swanton Pacific Ranch hopes to up the pace and scale of vegetation management throughout the state by educating and growing a fire-wise workforce. The workshops, coordinated by Mauriça Anderson Fitzgibbons (Forestry and Natural Resources ’01), kicked off in March, thanks to a $4.2 million Cal Fire Forest Health Grant.

The FMT program isn’t about training more wildland firefighters. Instead, it connects a new generation of foresters, environmental scientists, utility company leaders and private consultants to multipronged, proactive vegetation management practices and the permitting process that goes with it.

“A lot of our program has been focusing on training people how to use some of these new environmental policies,” said Fitzgibbons, who has lectured in the Natural Resources Management and Environmental Sciences Department.

What’s causing the shortage of talent? Colonization removed Indigenous communities from their homelands and severed ties to centuries of fire management knowledge, Fitzgibbons says. On top of that, many state agencies adopted a policy of nearly universal fire suppression for decades. Taken together and with climate change, this means dead plant material has built up, and not enough people know how to keep that vegetation from turning a wildfire into a catastrophic event.

The program offers free webinars twice a month, field-based workshops in different ecosystems, and biannual full-day symposia. There is even a California Prescribed Burn Boss certification track to train prescribed fire managers. Fitzgibbons hopes the program reaches 10,000 people by 2025 and acts as a bridge between practitioners and researchers.

“This is my life’s work and my passion,” Fitzgibbons said. “We’re all here for a better California. This is personal to me and it’s personal to whomever I’m speaking with.”