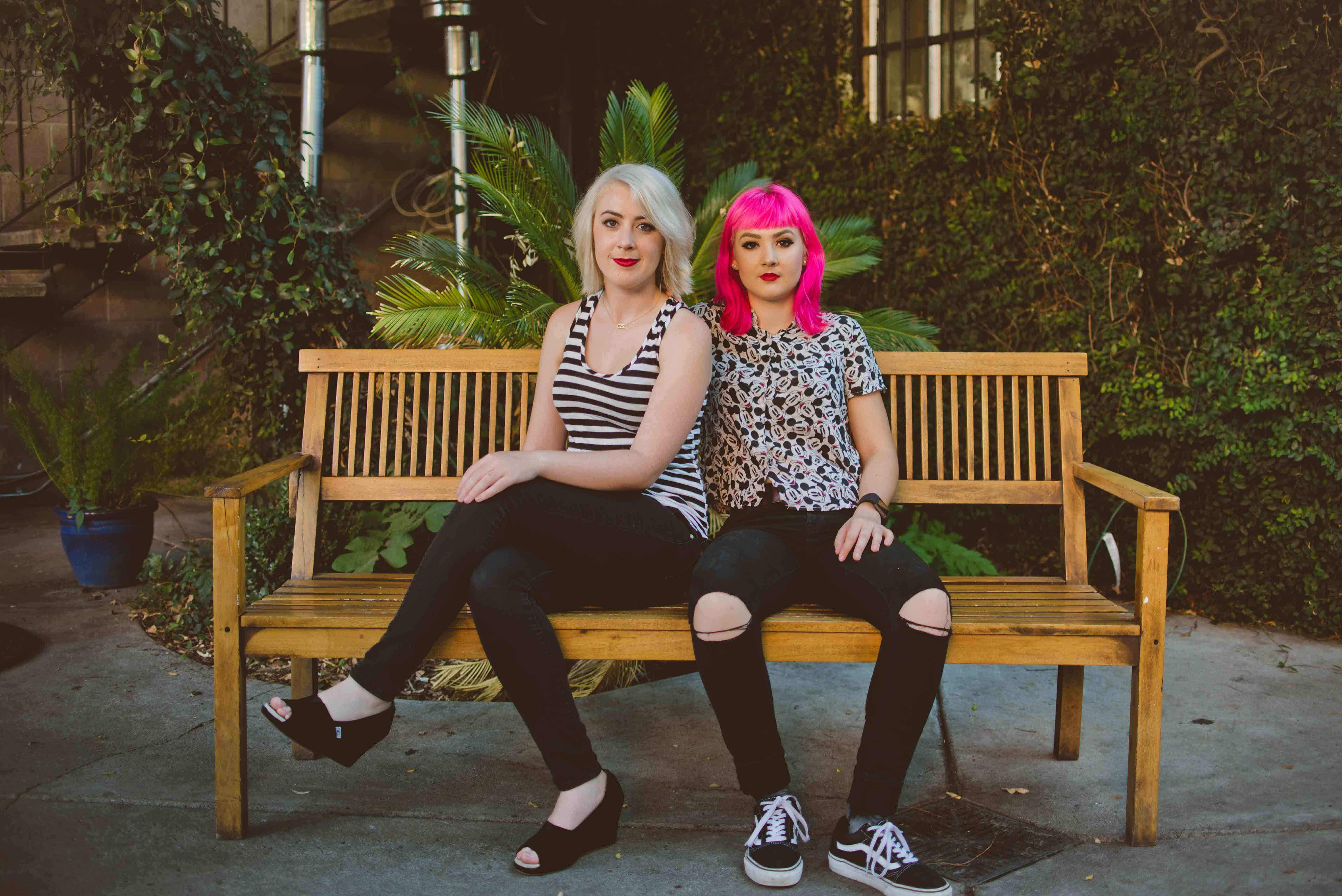 Being a college student is challenging enough when you’re on campus, but this fall quarter, Graphic Communications junior Gwendolyn Giles took her studies on the road. That’s when she and her younger sister, Lucy — the two members of the punk band Dog Party — opened for Green Day on the North American leg of their Revolution Radio tour. 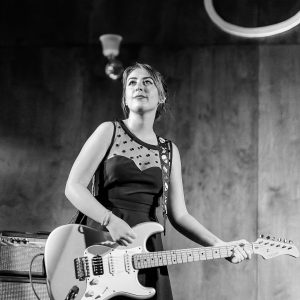 The duo, originally from Sacramento, played 10 shows during September and October in cities including Columbus, Ohio; Washington D.C.; Chicago and St. Louis.

“I’ve been a student all nine years of being in Dog Party,” said Giles, who plays guitar and sings. “We only get to do shows or tours during the summer, holiday breaks, and an occasional weekend.”

The constraint, however, hasn’t stopped Dog Party from persevering with their music. The band has released five albums. They released their self-titled debut in 2009, followed by P.A.R.T.Y in 2011, Lost Control in 2013, Vol.4 in 2015 and Til You’re Mine in 2016. They have also participated in other U.S. tours and played through Europe twice.

Fall quarter’s class load was a light one for Giles, and she is took some online classes as well to help her stay on track. But school and music aren’t her only commitments — she is also involved in sports and greek life, runs a website, and works as a DJ at KCPR. “I think I’m balancing it all pretty well,” she said.

Dog Party plans to tour again this summer, and Giles is constantly working on new music as she continues her studies. “My plans are to keep on rocking and seeing where music takes me.”

Listen to Dog Party at dogparty.bandcamp.com