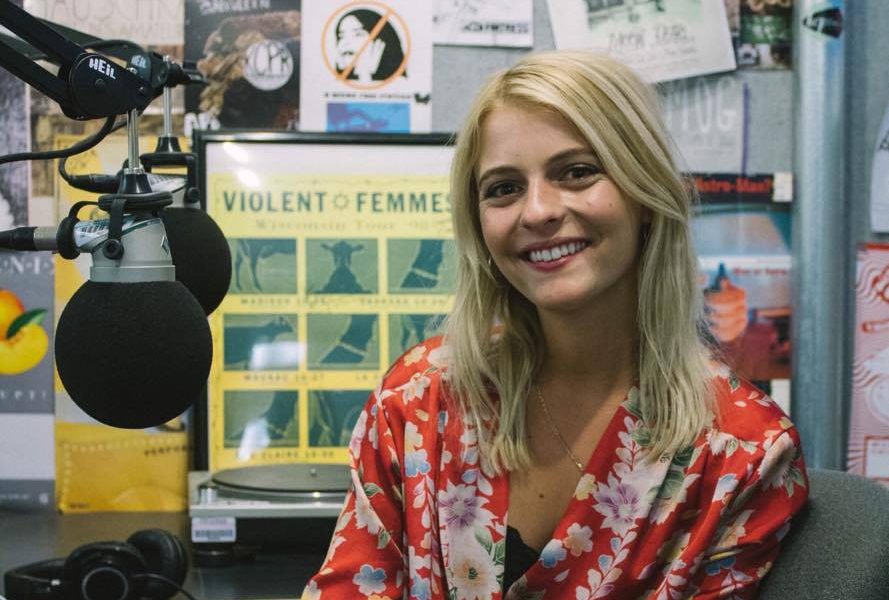 Reilly Roberts, aka DJ Stripey, in the booth at KCPR

It’s Friday morning and Cal Poly students slowly emerge onto the streets of San Luis Obispo, percolating in exodus towards their last classes of the week. Earbuds in, many of them march to the same tempo, perhaps the calming drumbeats of The xx or the mellow indie sounds of Mac Demarco. Their chill morning wakeup anthems are brought to them by a hard working DJ in an upstairs studio of the Graphic Design building.

Little do these students know, the channel they tuned into was just named the nation’s “Top College Radio Station” by the website Great Value Colleges, beating 29 other college stations from all over the country. The stations were ranked based on what they offer on-air, their dedication to the students and campus environment, and overall excellence, according to the article. Coming in a close second to Cal Poly’s KCPR was CSU Long Beach’s KBeach Radio, followed by Florida International’s The Roar.

This particular Friday morning, disk jockey Reilly Roberts is behind the microphone. She’s a journalism senior and has trained for over two years to spin Friday jams in a regular morning show called “The Breakfast Club”. Roberts is known on-air as DJ Stripey, a moniker she picked up from friends when they noticed her regular habit of wearing stripes to school.

Roberts is excited about the first place ranking of KCPR. “We’ve really worked hard to make it more than a radio station for people – it’s an experience,” she said.

The station is entirely student run, from PR to marketing to putting on events. Future DJs are required to take a two-credit class focused on the ins and outs of radio broadcasting so their craft is polished by the time they host their own show. There is also a strong emphasis on playing new music, in fact, a whole team of people is in charge of regularly curating a new music list for the station.

For DJ Stripey, the best part is knowing she can have an impact on someone else’s day. “I love that something that’s bringing me happiness can affect someone in the same way,” she said. For more information, go to KCPR.org or tune in to 91.3FM radio in San Luis Obispo.