“A New Leaf” and Another Rose Parade Win 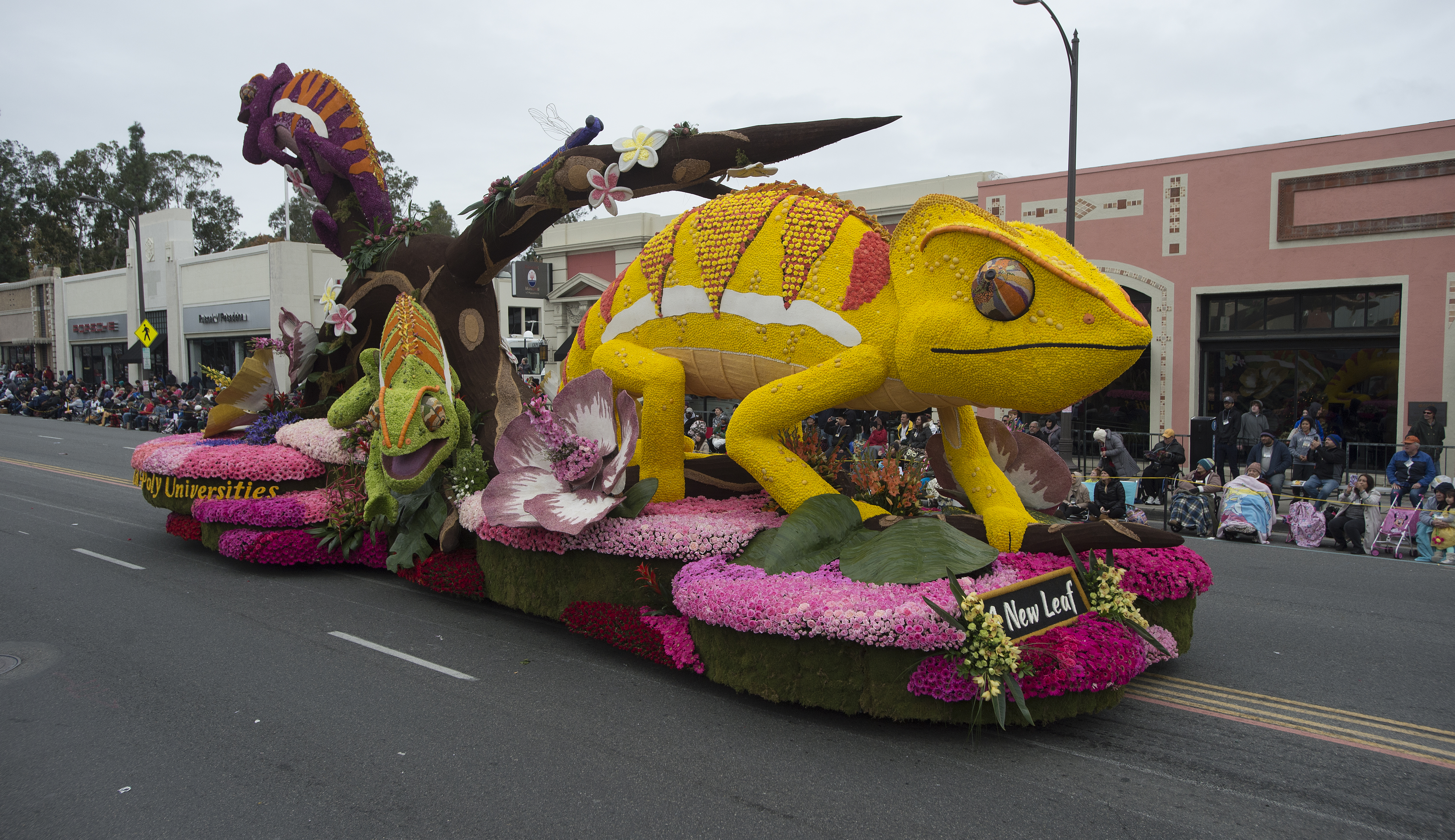 This year’s Rose Parade in Pasadena saw the Cal Poly universities come together once again to create a beautiful and award-winning float. “A New Leaf,” featuring three vibrant chameleons, an array of floral foliage and several mechanized elements, received the Founders’ Trophy for the most beautiful float created volunteers from a community or organization.

This year’s float took a step up in craftsmanship. “These chameleons are some of the biggest characters we’ve made in recent history,” said design chair Zach Cooperband, a Cal Poly math and architectural engineering senior. “This is also the first time in Cal Poly history that we’ve done a tiered float.”

There were also advances in the mechanization of the float, including independently-rolling eyes and even color-changing stripes on the chameleons.

Cal Poly San Luis Obispo and Pomona have worked on Rose Parade floats together since 1949, earning over 50 awards. In addition to the Founder’s Trophy, the float earned the “California Grown” designation from the California Cut Flower Commission for the sixth consecutive year, which recognizes an entry decorated with at least 85 percent of cut flowers and plant materials from California growers. This year, like every year before, the two Cal Poly schools brought together their own halves of the float, creating a flower-covered representation of cooperation, as well as an example of Learn by Doing seen around the world.