Reporting Live from the Scene 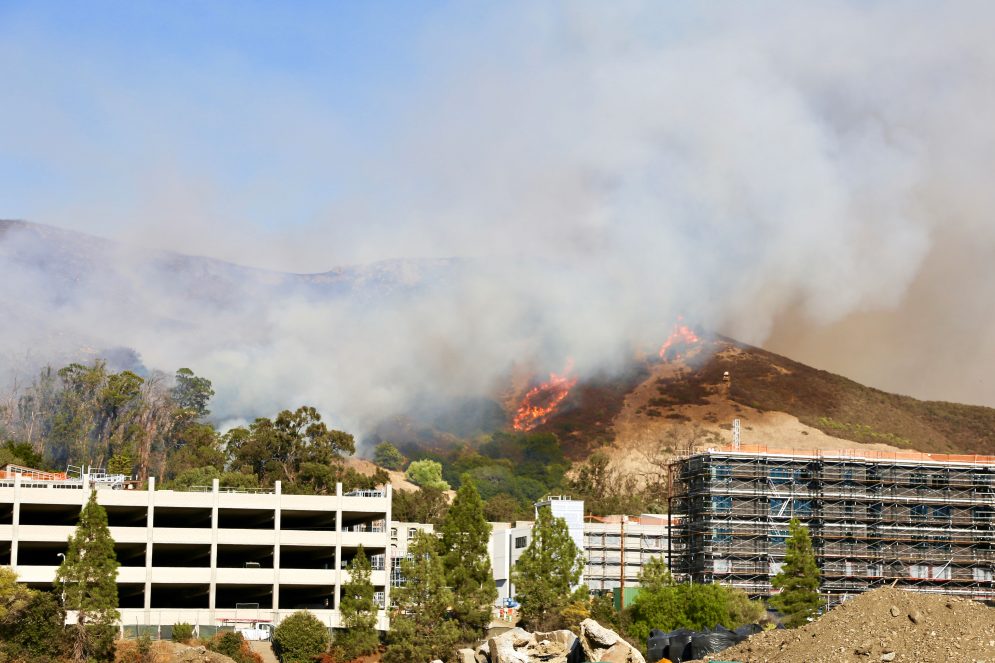 A brush fire on the hills above campus. Photo by Carsten Frauenheim, courtesy of Mustang News.

When a brush fire broke out on the hillside near Cal Poly’s iconic P this fall, one news organization was on the scene in moments: the student journalists of Mustang News.

“Mustang News gives all of its reporters the opportunity to go live in certain situations, but this was the first event, at least for me, where there was real-time breaking news on a potentially dangerous disaster unfolding,” said Connor McCarthy, a third-year journalism major and Mustang News anchor who spent the day reporting at the scene in videos broadcast live online.

“When it comes to breaking situations like a wildfire, there is a lot going on and it pushes your adrenaline and stress to overload,” he added. “But I learned how to manage it and not let it affect my reporting.”

All told, the fire burned approximately 105 acres of the hillside and students were evacuated from the Yosemite and Sierra Madre residence halls. Fortunately no one was hurt, no structures were damaged, and fire crews and aircraft had the blaze mostly under control by the next day.

“Of course, you’d hate to have anyone harmed in an emergency situation, but this did provide a big opportunity for our students to put what they’ve been learning into practice,” said journalism professor Paul Bittick, the faculty advisor for Mustang News. “This wasn’t a case of anyone telling them to go cover it — they jumped right into action, doing everything they’ve been trained to do.”

Check out the full Mustang News coverage of the blaze here.