Choosing a major or a profession can be a big commitment — almost as big as getting something tattooed onto your skin. Recently we wondered, “What about the people who do both?” We asked for people across the Cal Poly community to share how they have taken devotion to their areas of study to a new and permanent level — and dozens of students, faculty and staff answered the call. Here are a few of our favorites.

“The open band represents courage and the flowers represent nature, which calms me and keeps me grounded,” she said. Originally a premed student, Martinez switched her major when she discovered how much she loved being outside. After graduation, Martinez hopes to become a forest technician. 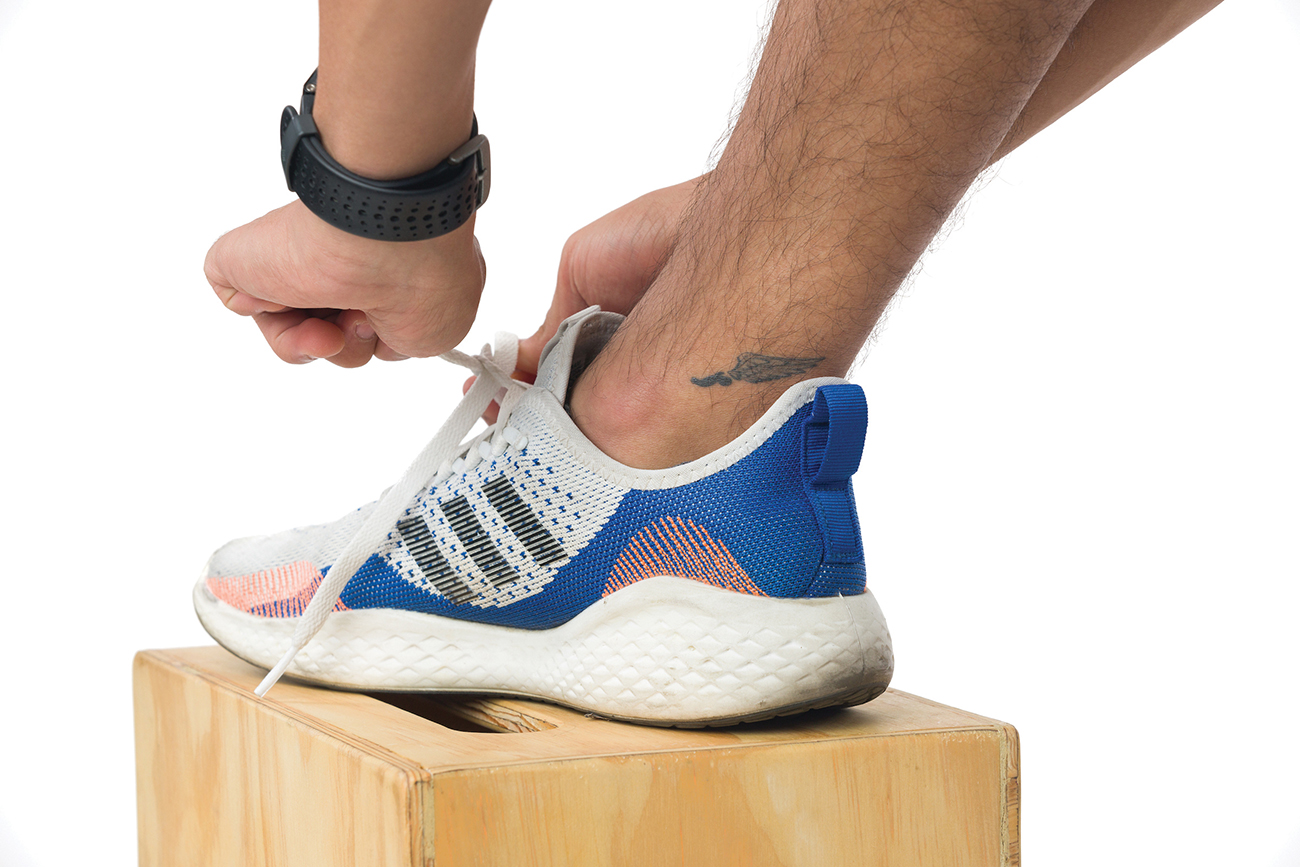 “My love for running is a huge part of my life,” Larson said of his tattoo, a reference to the Greek god Hermes, the winged messenger. “I chose the design because of my love for running and dedication to being healthy. It also reminds me of my dedication to not only maintaining my own health but the health and well-being of others.” After graduation, Larson hopes to work in public health for a year before pursuing his master’s in the field, and he hopes to continue to advocate for physical and mental wellness. 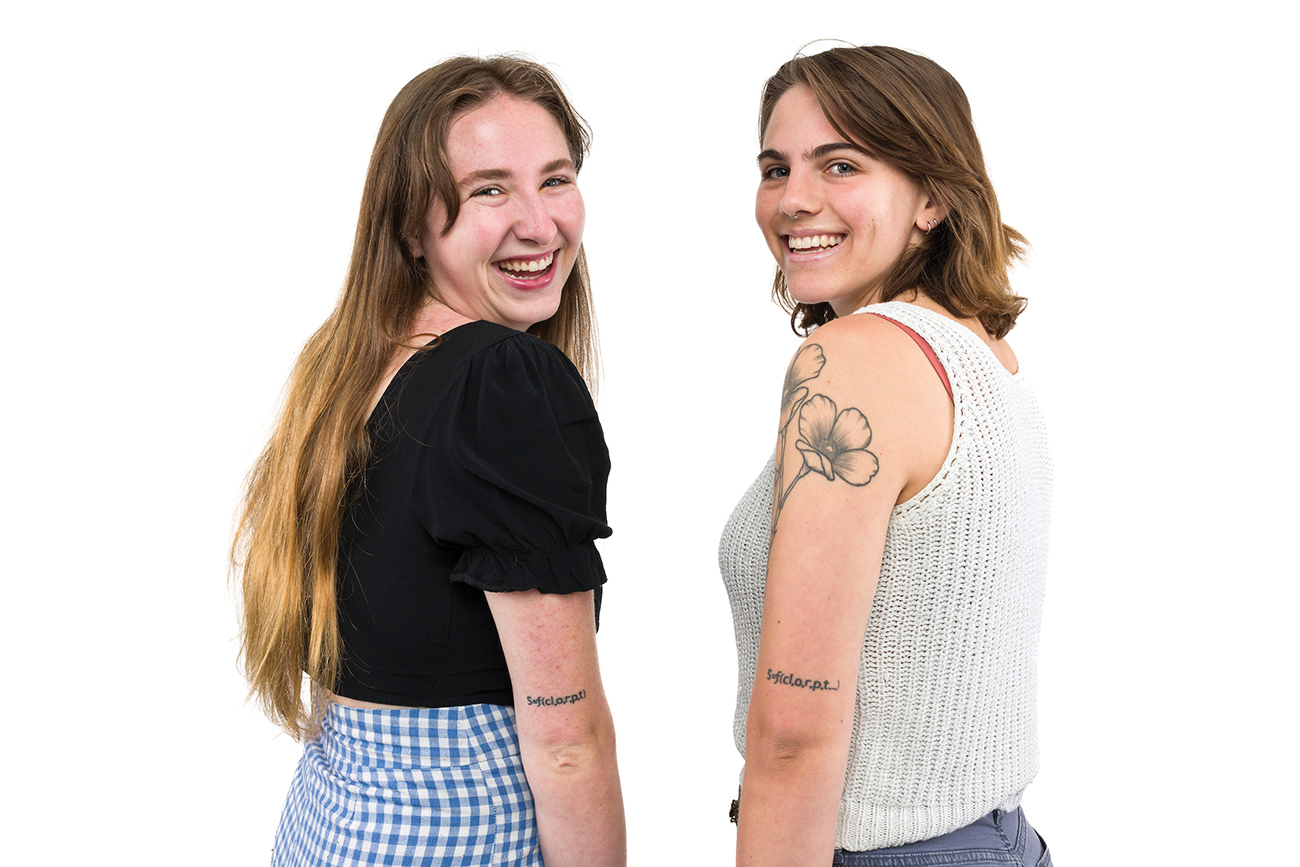 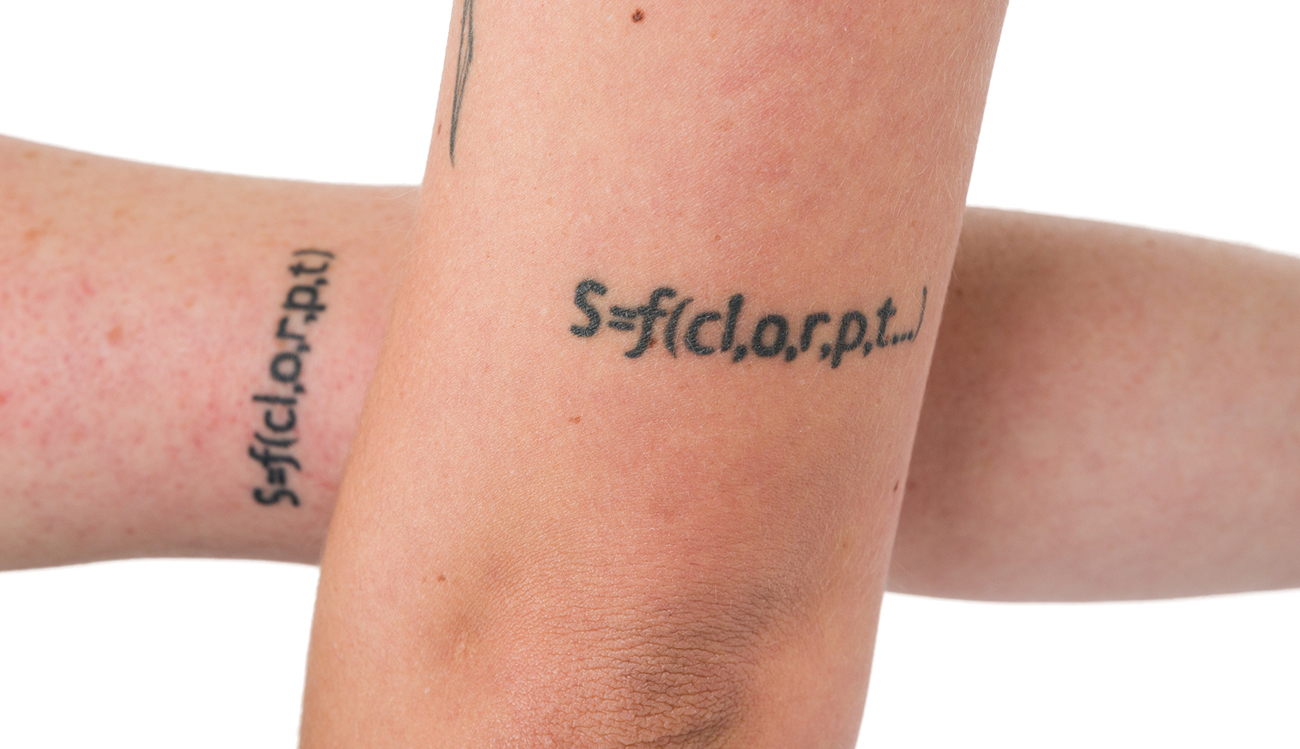 When a professor joked that any student who got a tattoo of the soil forming factors equation would get an A, Aubry and Hankins were in. They got matching tattoos of the equation — not for a grade, but to show how much they love soil. “We thought it would be a really funny story, and this way there’s always a way to talk about soil,” Hankins said. The formula shows that soil is a function of climate, organisms, topography, plant material and time. “It shows our pride in our major and enables people to ask about soil when they see the tattoo,” Aubry said. 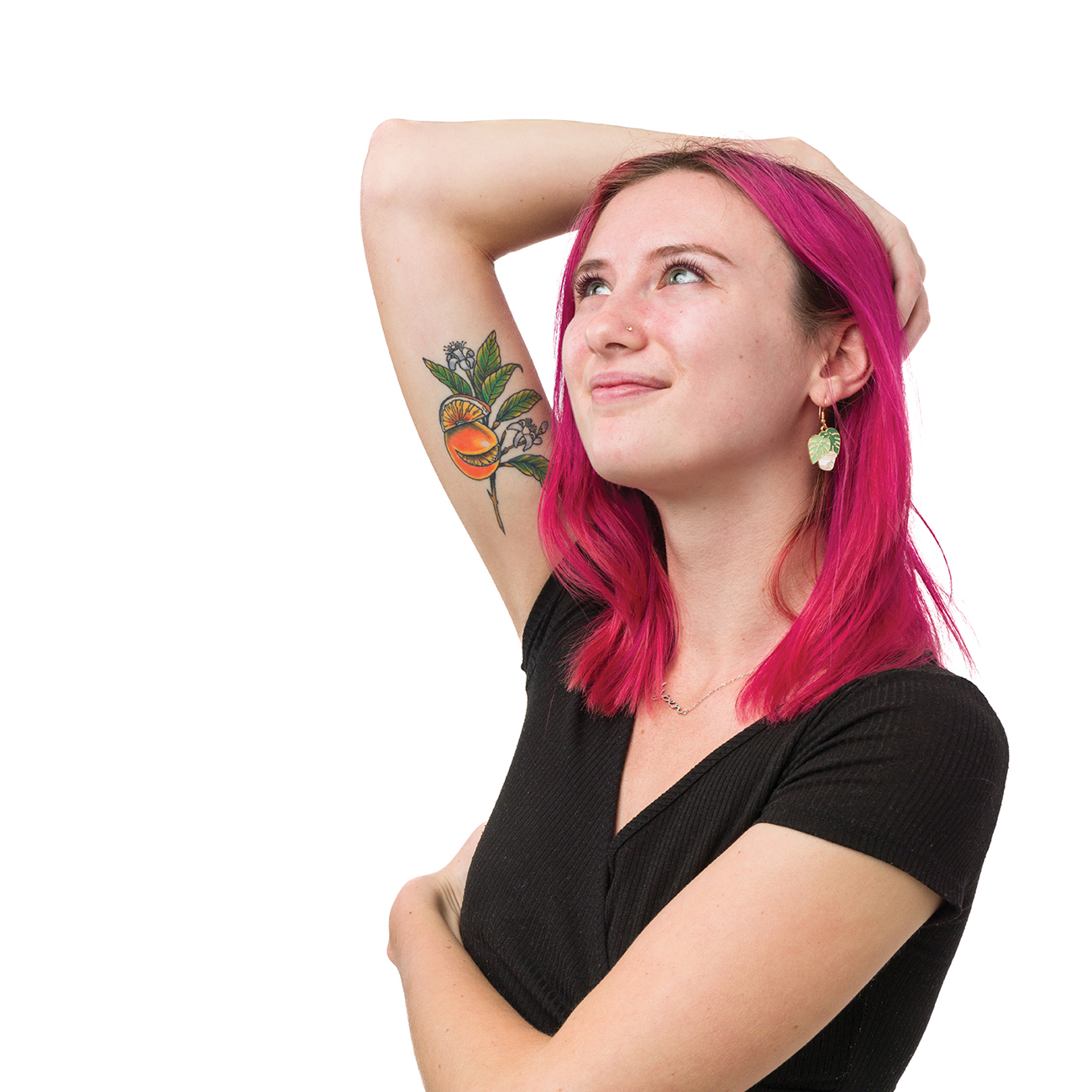 When choosing her tattoo, Garrido thought about the orange trees her dad kept in the backyard that they made orange juice from, and her environmental education internship where she works in elementary school gardens and connects kids to plants. “I have a passion for connecting people to their food systems and believe gardening is an incredible way of building community. I think this little orange tree branch symbolizes that well!” 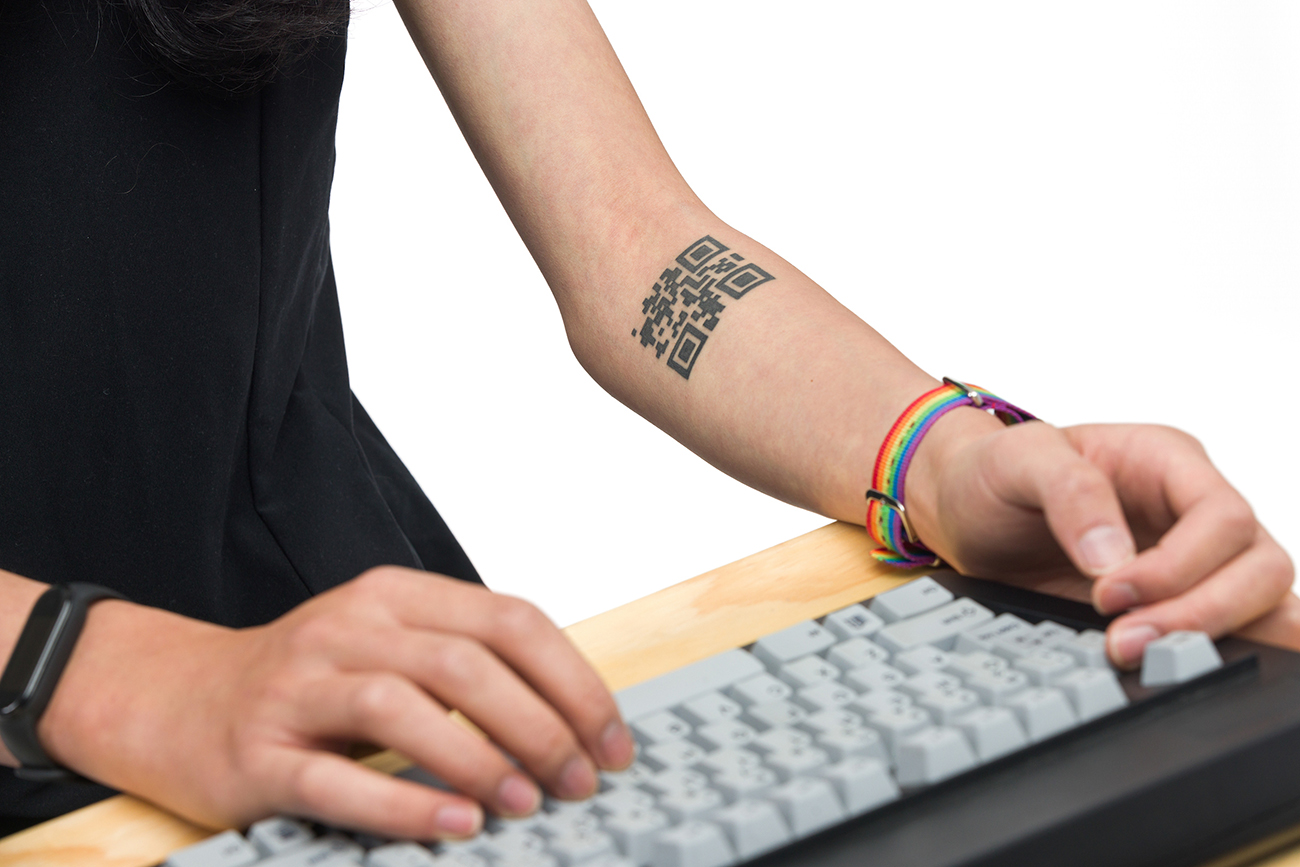 “I’ve been working with computers since sixth grade — I wanted to make my own Minecraft mod,” Yu says. “The mod didn’t work, but I was hooked.” To celebrate her early graduation and landing a new job at Facebook earlier this year, Yu got a QR code tattoo that directs devices to her personal web server. Sometimes the target is her website, her portfolio or a project she’s working on. Sometimes it’s the YouTube video of “Never Gonna Give You Up” by Rick Astley. 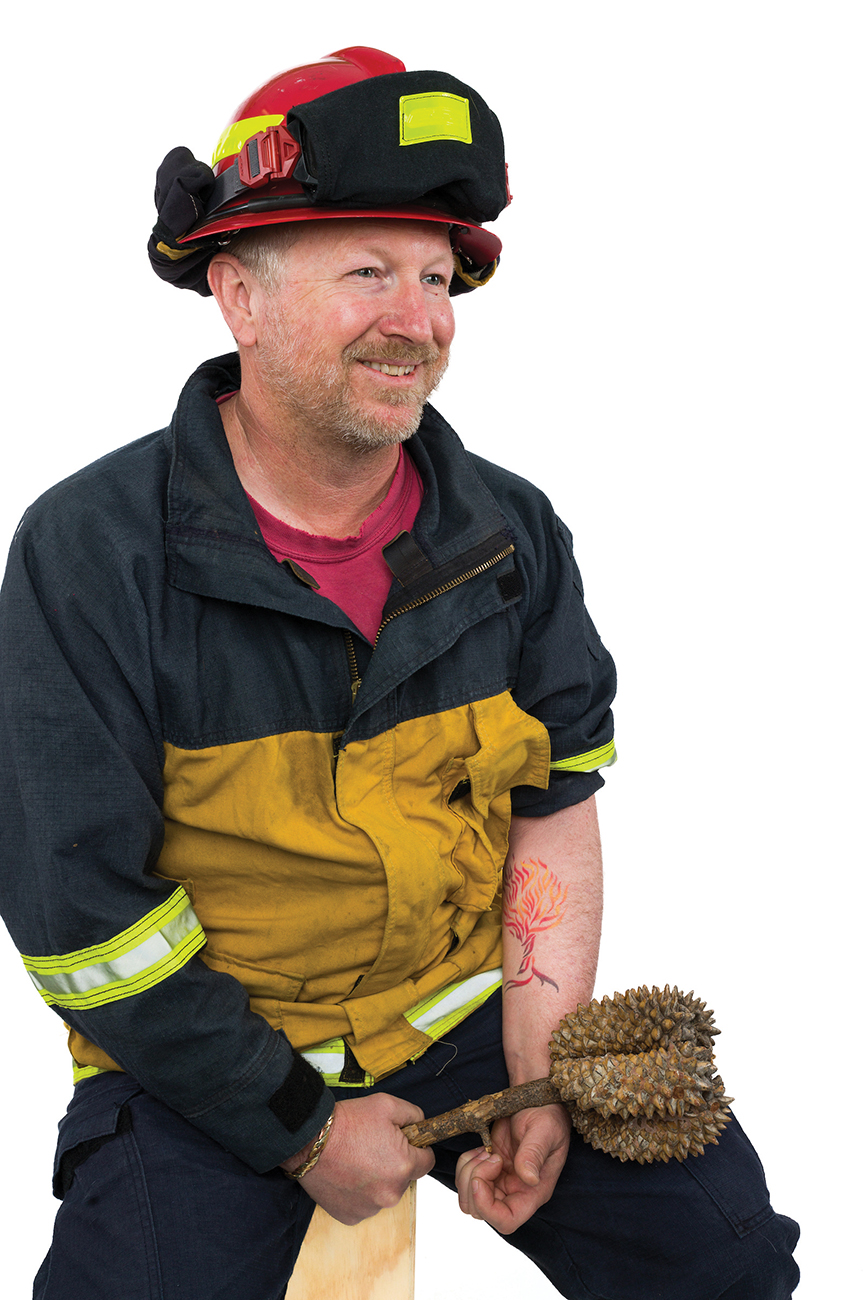 Dicus is an internationally recognized expert on the relationship between fire and the environment. His flame tree tattoo, inked in 2020, represents both fire’s danger and its value. He showed us the cones of a pine tree that only germinates after being scorched by flames. “Fire isn’t some evil monster,” he said. “It can provide some important ecosystem benefits when it burns at the right place and time.” 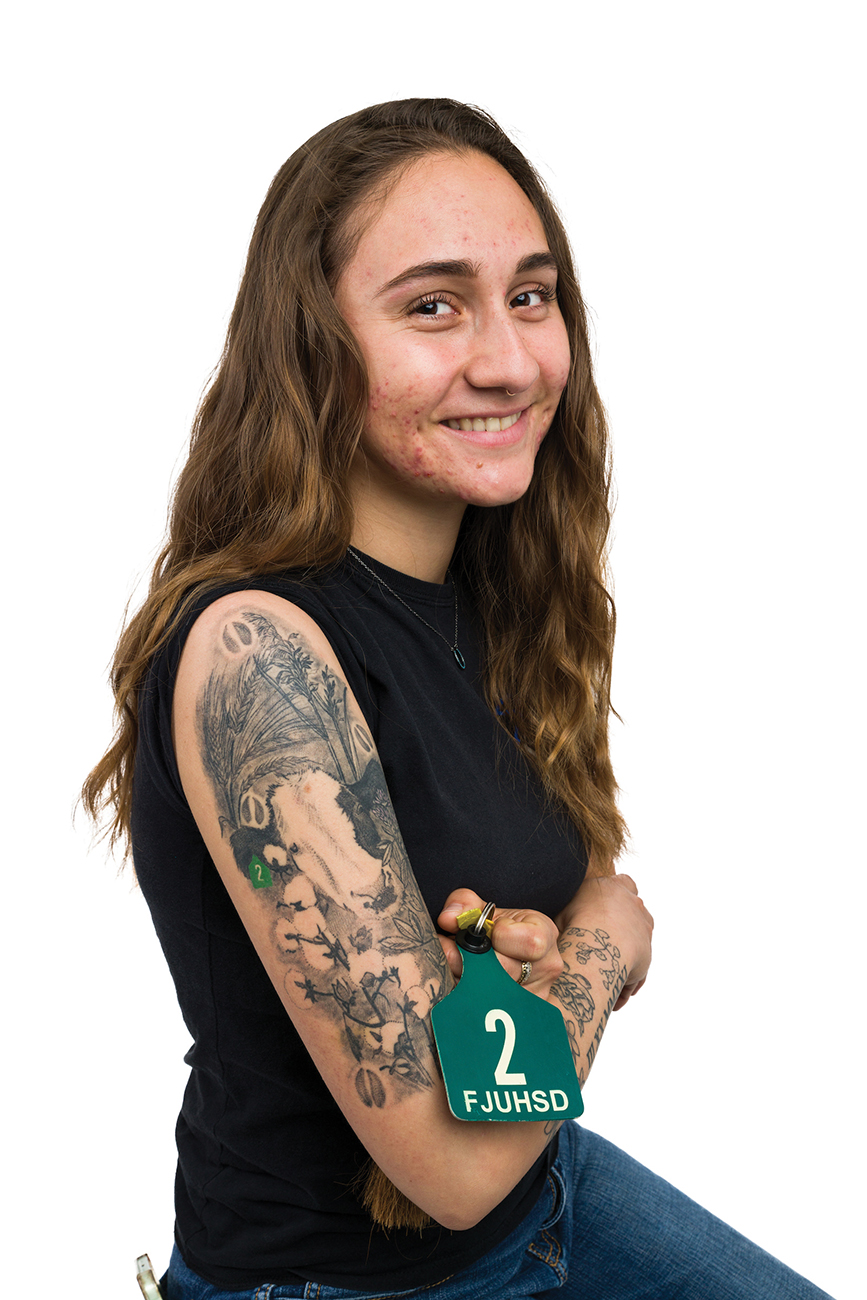 Vallez’ tattoo features Jack, the first young steer she raised as a high school student in FFA — “the reason I fell in love with animal science,” she says. Vallez now works at the Cal Poly Dairy Unit, where she is training to become a livestock manager and breeder. One cruel irony of her chosen profession: “I love cheese, but I’m lactose intolerant,” she says.

Parham got the pig tattoo on her ankle when she turned 18 — and she designed it herself, based on a drawing of her pet pig she kept making on her class notes. The doodle represents Perry, a real pet pig who eased her transition when she moved from Georgia to California, and her two other pet pigs who helped her when Perry died. “This tattoo reminds me of my passion for animals and gratitude for my pet pigs,” Parham said. A second tattoo on her arm is for her rabbit, Griswald, whom she rescued and nursed back to health while in school. Parham hopes to become either an exotic or large animal veterinarian, and her tattoos remind her to keep working toward her goal. 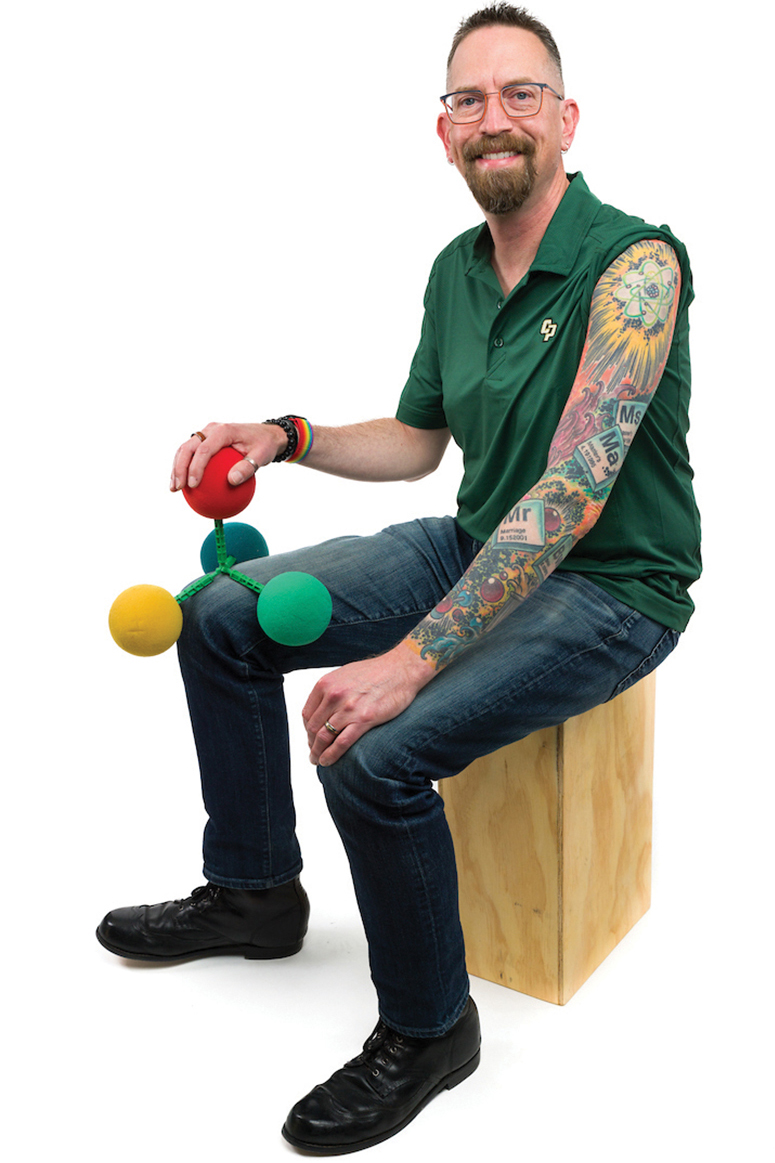 “I’ve been a science geek as long as I’ve been a comics geek,” says Kiste. When he earned tenure as a professor, he knew he wanted to celebrate with something big, so he worked with a tattoo artist to illustrate his passion for science and his life’s big personal and academic milestones in the style of legendary comic artist Jack Kirby. He hopes his work changes the minds of people who don’t think they like science. “We have a lot of problems that we need science to solve, and to do that we need informed citizens. And if they learn something about the fundamental nature of the universe and get excited about that, that’s cool too.”

Park designed her tattoo herself, incorporating elements of her major in topographic lines on the moth’s wings and in its antenna: a plant. “I knew I wanted to do something design-based while also being practical,” Park said. “I really like it. It’s symmetrical line work and design work, and it’s trippy.” Park is interested in urban design and walkable cities. 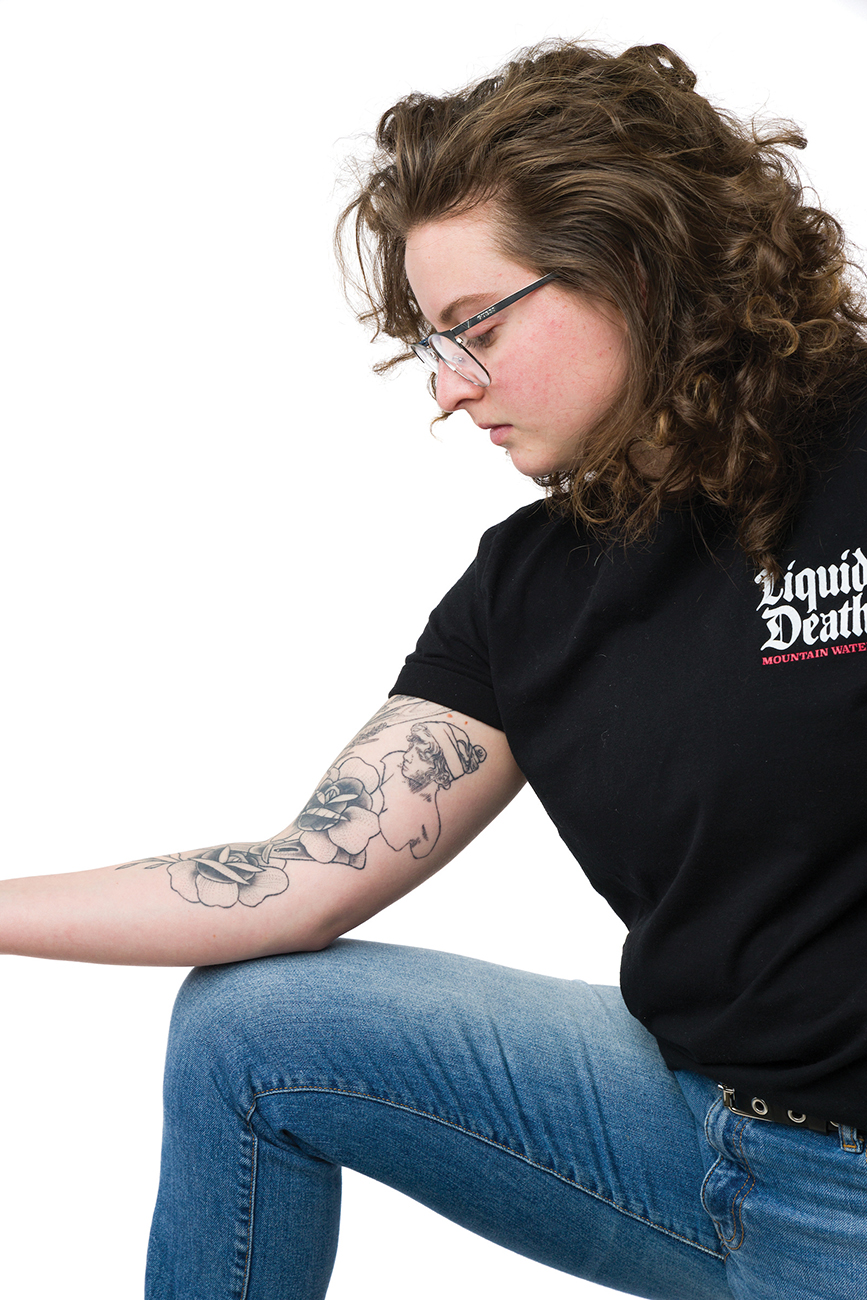 Beaumont got her tattoo of the ancient poet Sappho in fall 2021, the first quarter she was back on campus after the COVID-19 pandemic abruptly ended her first year. “Coming back was the first time I felt excited about learning because my first year was cut short,” Beaumont said. “Sappho was one of the first artists I was excited to learn about. Her work is influential, emotive, inspiring and personal.” 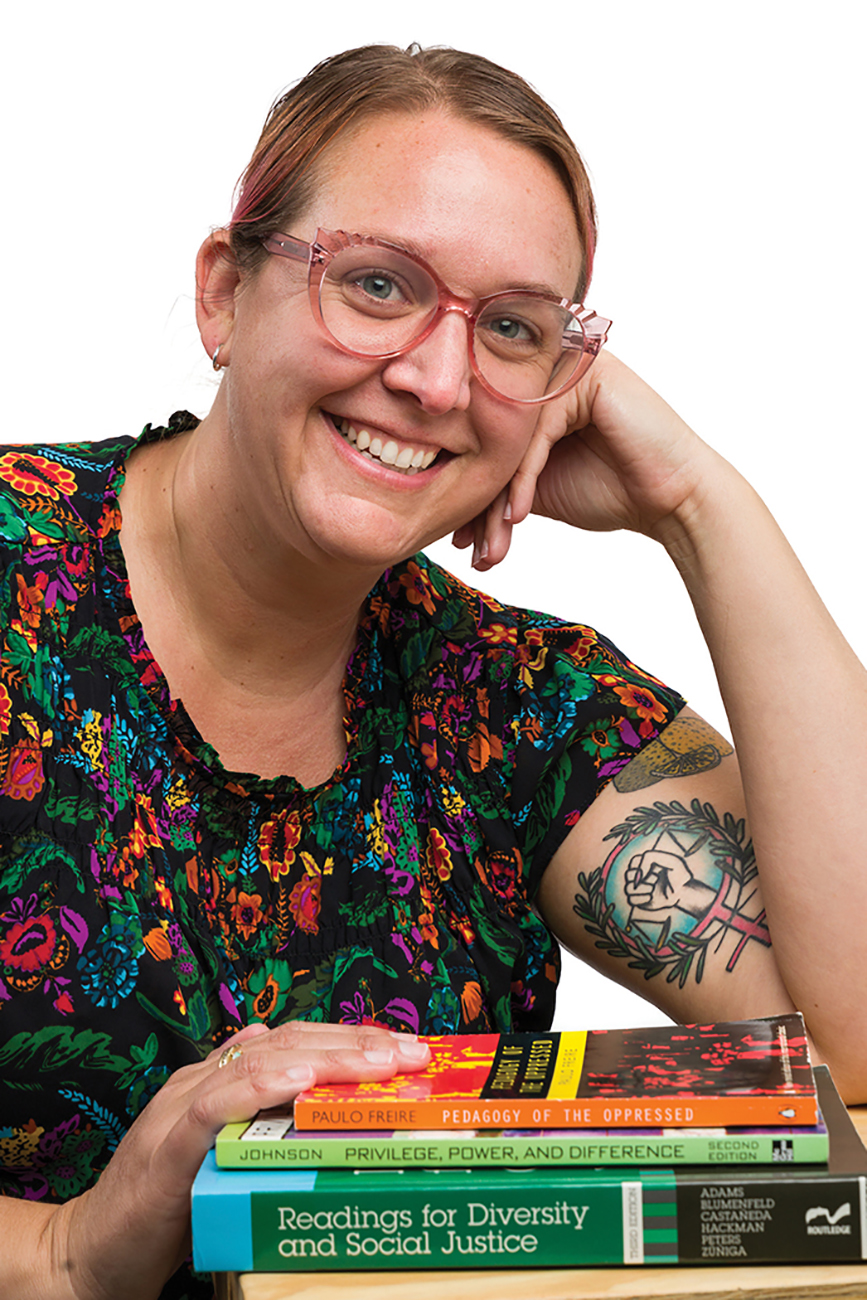 In Janet Jacquier’s campus job, she lives among students and works closely with residence hall advisors to respond to student life crises in real time, often dealing with issues of identity and interpersonal relationships. “We often grow up in homogenous communities, so for many students, college is the first time they are exploring new identities and interacting with people who are different from themselves,” she says. Her tattoo, incorporating symbols for peace, justice, community action and feminism, often helps open students up to challenging conversations. When a professor on a college field trip handed Emily Taylor a snake 25 years ago, she was immediately hooked. Today Taylor is a herpetology researcher, runs a local service that catches and safely relocates rattlesnakes from human-populated areas and serves as president of the American Society of Ichthyologists and Herpetologists. “Snakes are just like Medusa” — the subject of one of her reptile-themed tattoos — “they are misunderstood and just want to be left alone!”