At the volleyball courts at Pismo Beach, Calif., a grey storage container rests on the sand against the cliff, just steps away from the blue ocean. Someone has scrawled one word on the side of the container in white paint: “Paradise.”

The unassuming box is now the office of an Olympic gold medalist: Todd Rogers, new head coach of Cal Poly’s beach volleyball team, which practices and plays on the sand in Pismo Beach.

“It’s not every day you get to have an Olympian on your staff,” said Cal Poly director of volleyball and indoor head coach Sam Crosson. “Exciting is an understatement.”

A native of Santa Barbara, Rogers played indoor volleyball in college before turning pro on the beach. He’s been to the Olympics twice, and at the Beijing games in 2008, he won the beach volleyball gold medal with partner Phil Dalhausser.

“In my opinion, having Olympic experience helps, if only in the sense that more people are going to stop and listen if you have a gold medal,” said Rogers.

The relationship between Rogers and Crosson goes back decades to when the two were in college. After months of recruiting efforts by Crosson and Mustang Athletics Director Don Oberhelman, Rogers finally committed to lead the beach program.

Rogers’ key attribute as a coach is sharing the mental side of the sport that has served him well in his professional career. His nickname, The Professor, describes the factor that has driven his long and successful career.

“There are much better athletes than me out there,” said Rogers. “It’s not so much about how good of an athlete I am. It’s actually about creating an atmosphere where I can win, seeing things that opponents don’t see, and recognizing what I need to do to be able to get to 21 points before they do.”

Rogers’ five-year plan for the beach program includes increasing beach-only scholarships — currently there are none, but eventually there could be as many as six — and competing with the best teams in the NCAA’s fastest-growing sport.

“It’s a really huge advantage to our program to have beach,” said sophomore setter Taylor Nelson. “We’re all really lucky to get to work with Todd, and we’re going to learn a lot this year.”

With the addition of Rogers and the buildup to full funding, the university is aiming to make Cal Poly’s beach volleyball program a destination for young athletes who don’t want to be restricted in which type of volleyball they can pursue. Having a great setting doesn’t hurt either.

“A lot of these young women have been playing indoors for so long that I feel like beach is a breath of fresh air,” said Rogers.

A growing program and perfect setting make Cal Poly a favorite to host the 2017 Big West Tournament in Pismo Beach, and the team hosted its first home games there this season. “It’s pretty cool when it’s 80 degrees in April and you’re down at the beach,” said Crosson. 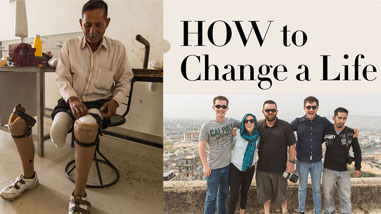 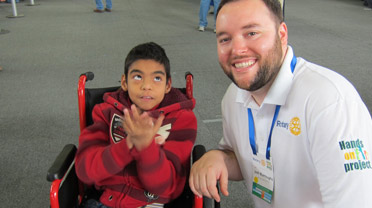