Cal Poly senior Zahnae Aquino pulled a blue virtual-reality headset over her eyes and her office, tucked away in the university’s California Cybersecurity Institute (CCI), melted away. Clutching a pair of controllers, Aquino turned around to face the lobby of a massage business.

She moved through a few rooms in the virtual space, searching for clues to determine whether this business was operating legally or was one of an estimated 9,000 illicit massage businesses across the U.S., according to nonprofit organization Polaris.

Aquino, a computer science major, is no stranger to this virtual space — she spent weeks creating it to support the CCI’s effort to help disrupt human trafficking. Their efforts included creating a victim, a woman who explains in Mandarin how she ended up working at the illicit massage business. Another character acts as a translator.

In time, Aquino hopes the VR simulation will be used to train nonprofits, landlords, law enforcement and others to spot signs of human trafficking and to build empathy toward those working in such circumstances.

“I’m a programmer and an activist,” Aquino said. “My motivation on this project is giving a voice to people who don’t have the means to speak for themselves. I’m hoping to share their stories to broaden people’s perspectives and support the paradigm shift of them being seen as victims, not criminals.” 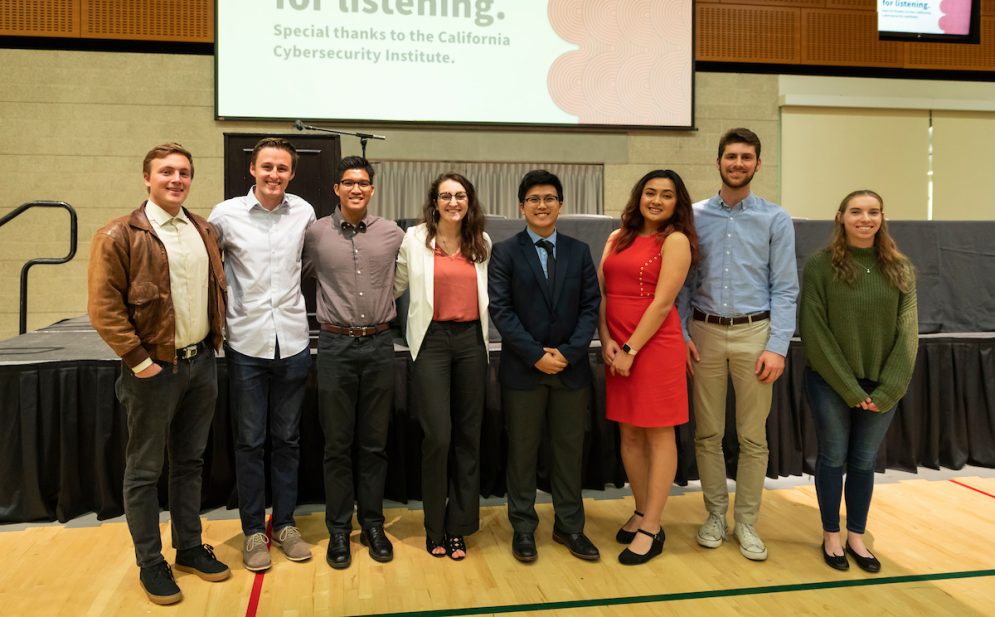 Students present during the Human Trafficking Summit at Cal Poly.

Aquino is one of nearly a dozen Cal Poly students who spent the past six months working at the CCI on projects intended to help the fight to end human trafficking. Their projects were recently showcased at the CCI’s Anti-Human Trafficking Summit.

“We have some amazing and passionate students doing things that weren’t on our radar even five years ago in this fight against human trafficking,” CCI Operations Coordinator Danielle Borrelli said.

Human trafficking generates more than $150 billion annually and is becoming the fastest growing crime worldwide, according to the California Attorney General’s Office. California has routinely been the state with the largest number of identified victims and open cases, with the amount increasing every year, according to Polaris.

We have some amazing and passionate students doing things that weren’t on our radar even five years ago.

“The Trafficking Investigation Hub’s mission is to disrupt all forms of trafficking,” CCI Program Manager Martin Minnich said. “Through a focused approach on human trafficking, the hub will use state-of-the-art technology and training to enhance the capabilities of law enforcement, nonprofit organizations, other government agencies and the private sector in this fight to end this global problem.”

Several of the Cal Poly students coordinated with Global Emancipation Network on projects that will support that organization’s efforts and the CCI’s goals.

Third-year statistics majors Jonathan Shan and Steven Taruc collected data on the illicit massage industry — where human trafficking is rampant — to develop a model to identify which businesses may be engaging in trafficking. They worked on the project in partnership with advocacy groups and experts including Global Emancipation Network, Accenture, Splunk, and Graphistry.

“Data science allows people to get access to data without having to painstakingly go through thousands of webpages,” Shan said.

Businesses were assigned a risk score based on data drawn from hundreds of police reports and keywords in online reviews. Of nearly 3,500 businesses with online reviews, about 465 were determined to be at high risk and 240 were at moderate risk for human trafficking.

Eventually, they hope the tool could be used to protect workers from exploitation.

“We’re also working on projects that can have such a positive impact,” Shan added. “We’re doing something that can change the world.” 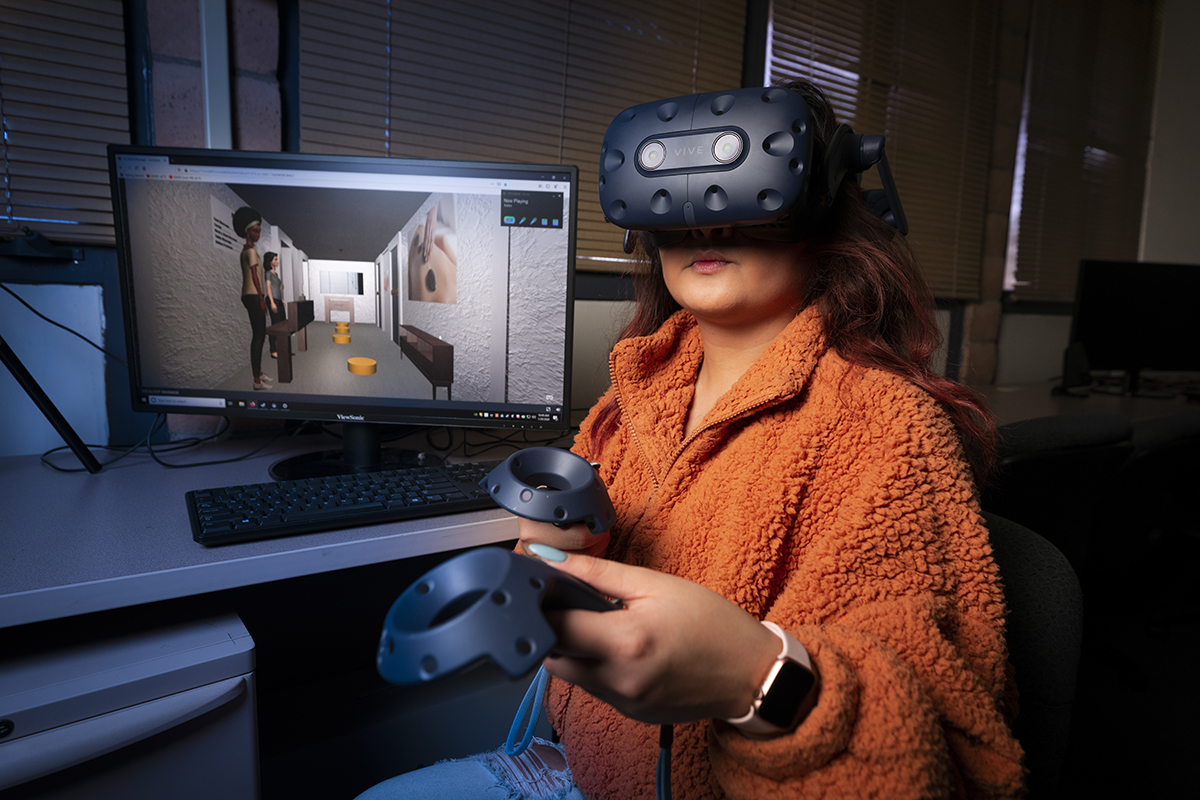 Another classmate, statistics major Josiah Lashley, helped to create a database of nearly all 55,000 schools in the U.K. and the uniforms worn by their students to aid law enforcement in more quickly identifying photos of children who are victims of a variety of child abuse situations, including trafficking, kidnapping, or sex abuse.

Global Emancipation Network Executive Director Sherrie Caltagirone will demonstrate the uniform classifier, named Crista, to England’s education secretary later this month, and then to international partners, including Interpol, Europol, and the National Center for Missing and Exploited Children, among others.

“I want the Trafficking Investigations Hub, right here on the Central Coast, to be the test bed for best practices, cutting-edge tools, and life-saving technology so we can eliminate trafficking and spread the knowledge about how to do it,” Caltagirone said. “I want to equip college students and the entire community to recognize the signs of trafficking and know what do to. I want students to see that no matter their educational program, they can do good all over the world.”