For the first time since 2019, graduating Cal Poly seniors marched across Spanos Field to begin the next phase of their lives, capping one of the most challenging school years in the university’s history. Cal Poly offered both virtual and in-person commencement events this year, as the pandemic continues to ebb. More than 5,000 graduates took part in the virtual commencement June 11 and special in-person recognition events Saturday and Sunday, June 12 and 13. Visit Cal Poly News to read more about some of this year’s outstanding graduates. Photo above by Joe Johnston. 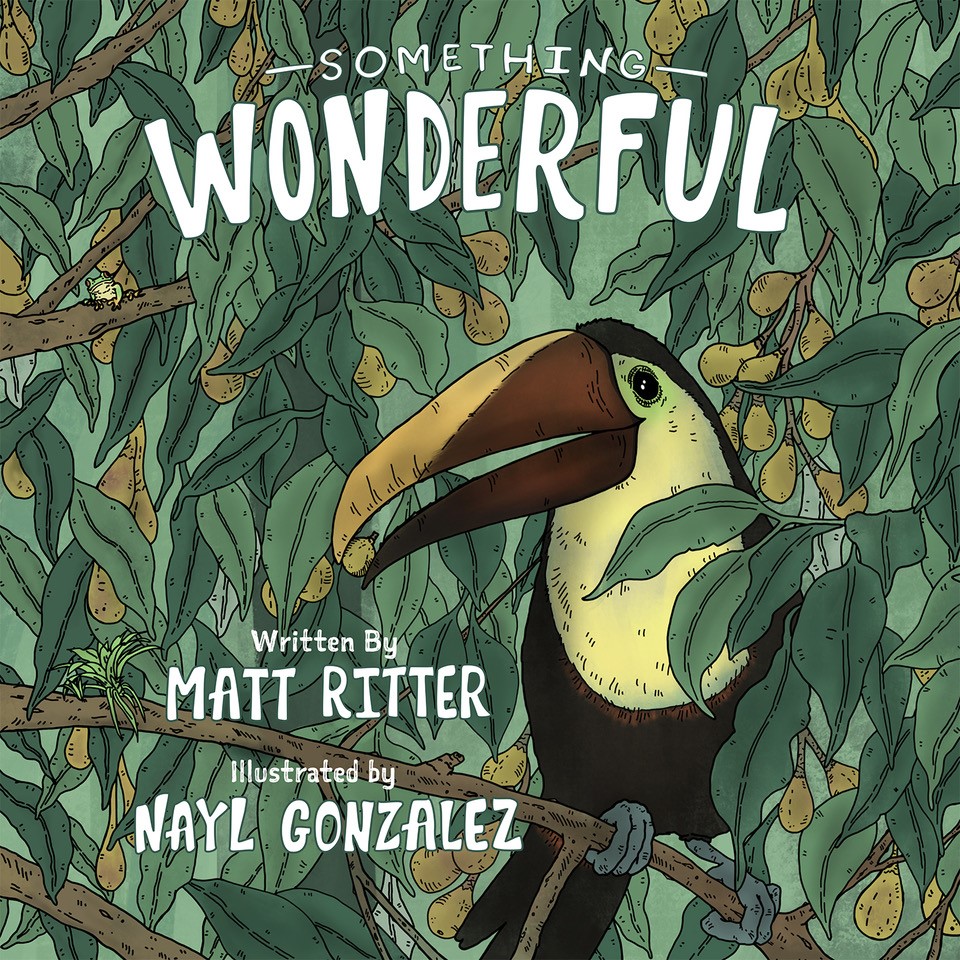 ‘Something Wonderful’ for Kids

How do you get kids interested in science and ecology? According to Matt Ritter, the answer lies somewhere between facts and fun.

This spring Ritter, a professor of biology, published “Something Wonderful,” a new children’s book that dives into the complex life cycle of a tropical fig tree and the rainforest creatures that help it along the way. The story comes to life through the vibrant illustrations of Nayl Gonzalez, a recent forestry grad who began collaborating with Ritter while she was a student.

“I’ve always had this idea of trying to interest young people in ecology and the complicated web of interactions between organisms,” said Ritter, who has written several books on plants and ecology aimed at casual readers. “Something Wonderful is targeted at kids between 4 and 10, and I knew it would be important to get them looking closely at the pages.”

The collaborative process of creating the book involved more than a year of iterative work to get the details right — and the illustrations are full of details, from the renderings of the plants to the playful animals hidden in the intricate forest backgrounds.

“The biggest challenge was trying to make it look scientifically accurate, but also easy and fun enough for a child to look at and enjoy,” said Gonzalez, a lifelong artist who discovered a new career trajectory in scientific illustration after taking her first botany classes at Cal Poly.

“I think that these types of books are more important than technical non-fiction books, in the sense that you have the potential to interest a lot of people in ecology and conservation,” says Ritter. “People are not going to all become biologists — they’re going to become lawyers and doctors and plumbers and everything else — but you want those people, in the background of their minds, to be thinking about how nature is important and worth learning about and protecting.”

A National Award for NSBE

A live Q&A with astronaut Victor Glover in space was one of several highlights that helped Cal Poly’s National Society of Black Engineers (NSBE) earn recognition as Small National Chapter of the Year, an award that goes to chapters with 25 or fewer members.

The recognition was relayed by NSBE’s national executive board, which wrote, “This has not been an easy year, but the programming and events held by your chapter demonstrate true resilience in the face of adversity.”

Cal Poly’s chapter was also recently recognized as the regional chapter of the year for a third consecutive time. The Cal Poly chapter was established in 1974 to support minority STEM students, both academically and professionally. The club offers mentorships, career fairs, guest speakers and social events.

“We want to ignite the flame in future culturally responsible engineers,” said club president Amman Asfaw, an electrical engineering graduate student who recently accepted a job offer that came through a Cal Poly NSBE alumnus. “Then, once that flame is ignited, we want to make sure they can light other people’s flames and pass on the torch.” 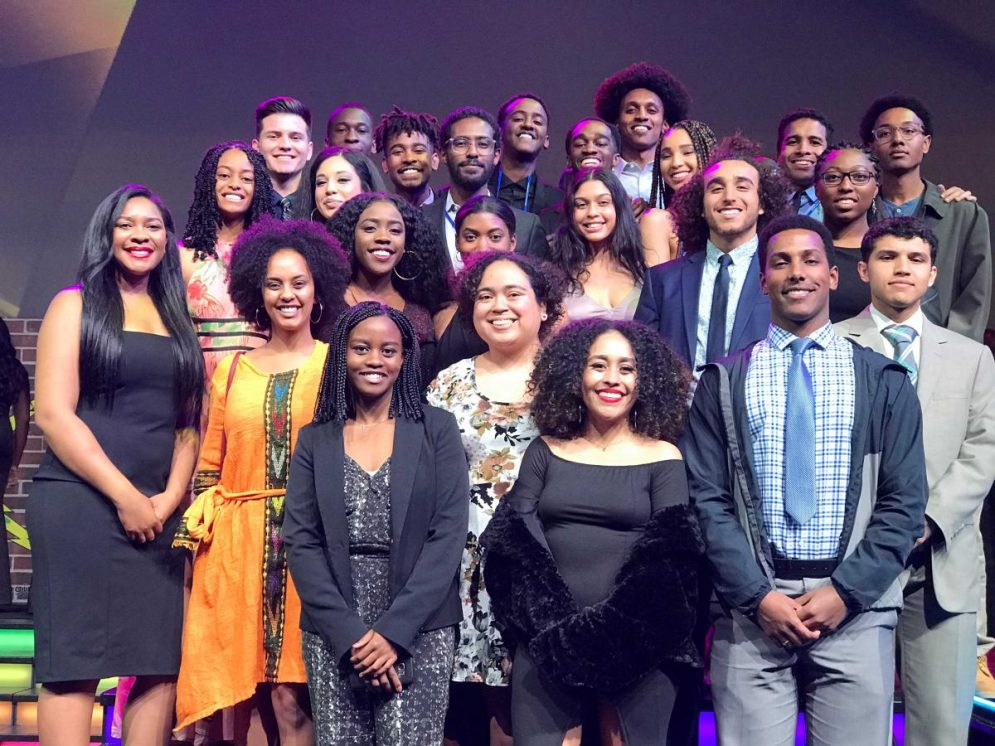 NSBE provides help with professional development, résumé writing and establishing useful career connections. Perhaps even more importantly, it provides a sense of community for a group of students who can often feel particularly alone, both on campus and in the engineering profession.

Nationwide, engineering is a field that historically has been homogenous, said College of Engineering Dean Amy S. Fleischer. But the industry is gradually evolving.

“As engineers, we strive for diversity because the best innovation comes from a range of different perspectives,” she said. “NSBE has done an outstanding job encouraging students from backgrounds that are historically underrepresented in engineering to pursue a field that often has a transformative impact on communities.”

This past year, Cal Poly NSBE events and presentations have included: Job Hunting in a Global Pandemic; Going Back to the Motherland (Africa) as a STEM Graduate; and Straight Outta College: My First Five Years as an Engineer. Many NSBE guest speakers are past Cal Poly graduates. “Our alumni like to come back and speak,” said club secretary Storm Randolph. “You can always learn a lot from past presidents and past board members, and the more we learn the more we can improve on what their goals were.”

But according to Afsaw, Glover’s live presentation in January, delivered from aboard the International Space Station, is probably what sealed the deal for the national award. “That must be the highlight of our entire chapter’s history up to now,” Asfaw said. 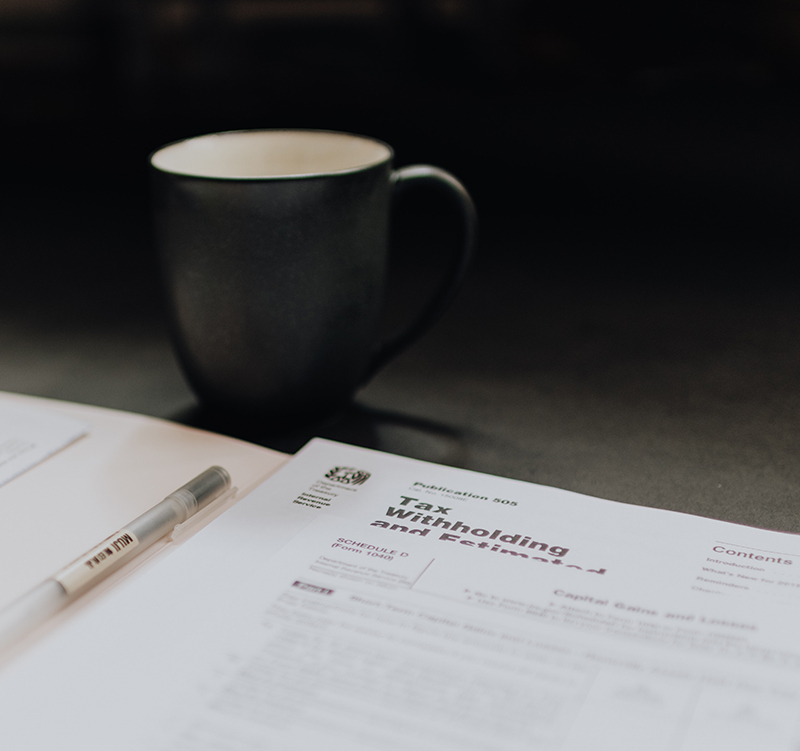 “We don’t get lavish gifts from our clients; we don’t get extravagant parties. But they call us almost in tears thanking us for the work we’ve done for them. That, to me, has an incredible amount of value. It makes all the work that much more worth it.”

– Juan Moreno, a student volunteer with the Orfalea College of Business’s Low Income Tax Clinic. For more than a decade, the clinic has paired Cal Poly business students with people in the community who need help getting their documents in order — and this year the project went virtual. Read more at Cal Poly News. 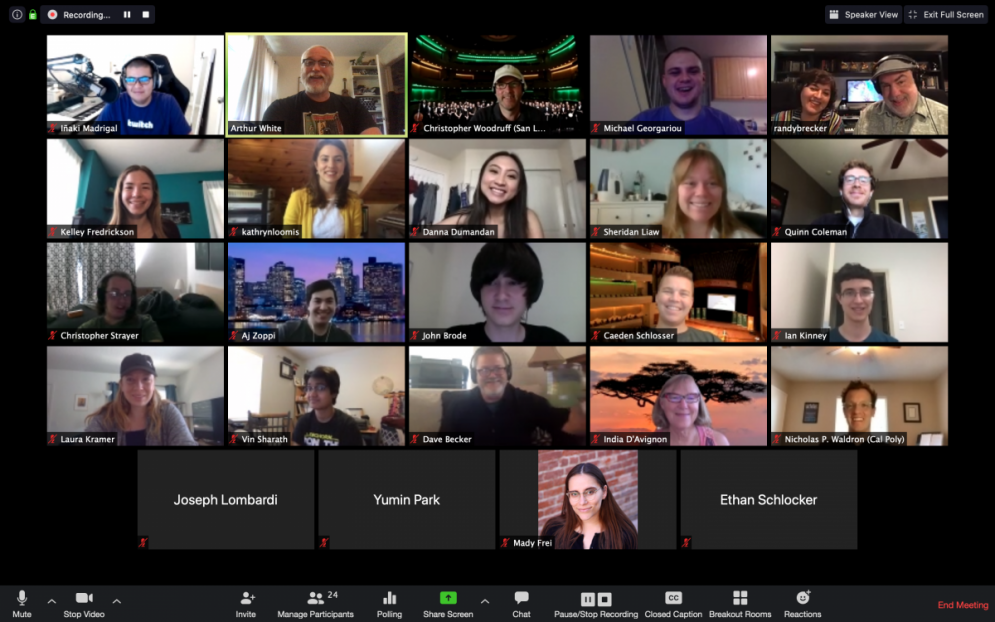 In February 2020, the students in Cal Poly’s jazz ensembles were gearing up to record a CD following a set of concerts around Leap Day.

More than three hundred and sixty-five days and one pandemic later, that CD, titled “another time, another place,” is out and available on streaming services — a testament to their grit and determination to put music out into the world in a time when playing music in a physical group was nearly impossible.

“Normally, we’re all out performing and playing gigs and interacting with people,” said Arthur White, the music department’s director of jazz studies. “We didn’t have that option this year, so we’ve done what we can. This was a way to commit to creating music in this environment.”

The ensembles, which include a big-band style instrumental group and a vocal group, were looking forward to recording when they were sent home for an extended spring break. Then the news broke that they wouldn’t be returning to campus anytime soon.

“Boom, we all got sent home,” said Kelley Fredrickson, a second-year music major and Vocal Jazz Ensemble member. “It was a big shock because we only thought it was going to be a couple of weeks, and then Dr. White told us we all needed to be prepared to record from home.”

On campus, students have access to performance spaces and practice rooms, as well as other group members with whom they can sing and play instruments. But with everyone scattered across the country, unable to rehearse safely in person and dealing with various living situations and technological issues, things got challenging.

The students recorded about two songs a week for a total of eight songs for each ensemble. Typically, when not recording a CD, students learn about four songs in a quarter. Once all the songs were recorded, White took the recordings and mixed them, trying to make the groups sound as cohesive as possible.

“When we heard all the songs fully mixed, I felt so accomplished, knowing we really completed something that sounds amazing that people can enjoy,” Fredrickson said. “It was just a really great experience and I’m super thankful for it.”