More than a year after the COVID-19 pandemic dramatically changed the way we live, the first signs of normal life — drinks with friends, concerts, dinners — have begun to reappear, at least in the United States. But not everything will — or can — return to exactly the way it was before our world was radically upended.

“Some of the preventive behaviors we’ve learned over the past year and a half will be with us for a while,” says Aydin Nazmi, an epidemiologist in Cal Poly’s food science and nutrition department and the university’s Presidential Faculty Fellow for COVID-19 response. “It won’t be weird in 2022 or 2023, when you’re walking down the road and there are just random people wearing face masks. Two years ago, you might have even called the police, and now it’s the most normal thing.”

It’ll likely become second nature to don a mask when we’re feeling sick, or pack an extra bottle of hand sanitizer for a trip, but the impacts of the pandemic will reverberate beyond those new habits, affecting our lives in myriad ways.  We asked faculty members from around Cal Poly what aspects of everyday life in their areas of study may have changed forever — for better or for worse. 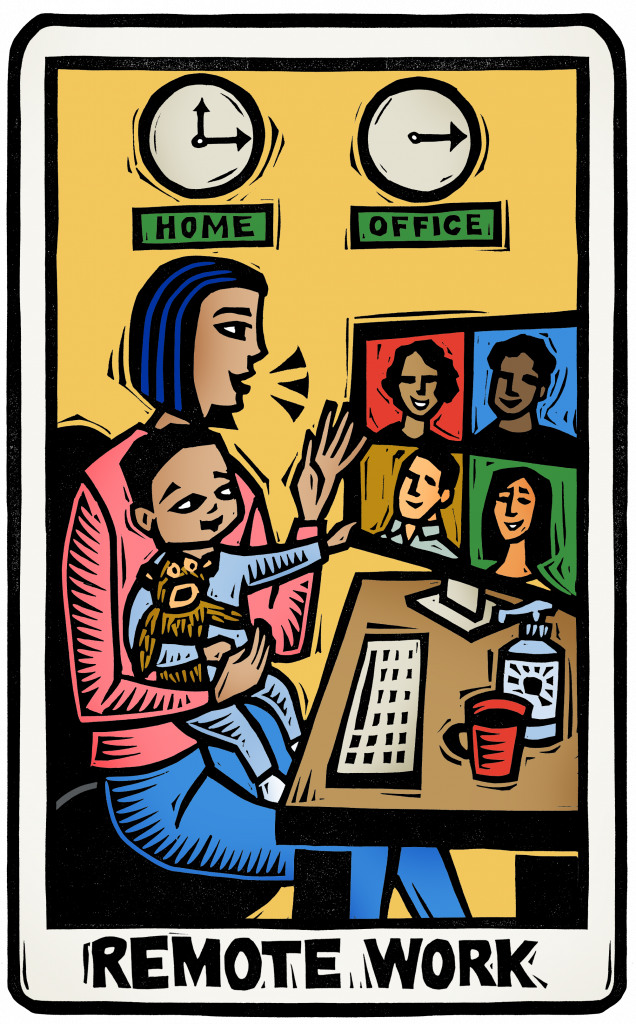 A post-COVID workplace will likely be a lot more accepting of remote work and casual dress, Dahm says.

“In the past there was often a stigma surrounding the use of flexible work practices,” she said. “This may be less the case post-COVID.”

Remote work saves companies money by allowing them to get rid of expensive office space, and it also saves workers from lengthy commutes. When people are not required to live near their job, it opens up positions to a wider range of candidates, leading to a better person-job fit, she said.

In addition to those upshots, remote work over the past year has lifted the curtain on many working parents’ responsibilities.

“Employees were forced to integrate work and family more than ever before during COVID, and in a way that was often quite visible to coworkers,” Dahm said. “This helped normalize parental responsibilities outside of work.”

That normalization will be important going forward in terms of a cultural shift, hopefully leading to more flexible workplaces for parents and other caregivers.

But some of the changes that took place during COVID will probably be more temporary: one of those is virtual social events. Post-pandemic, happy hours, birthdays and parties will likely go back to in-person.

“Zoom holiday parties are just not the same,” Dahm said. 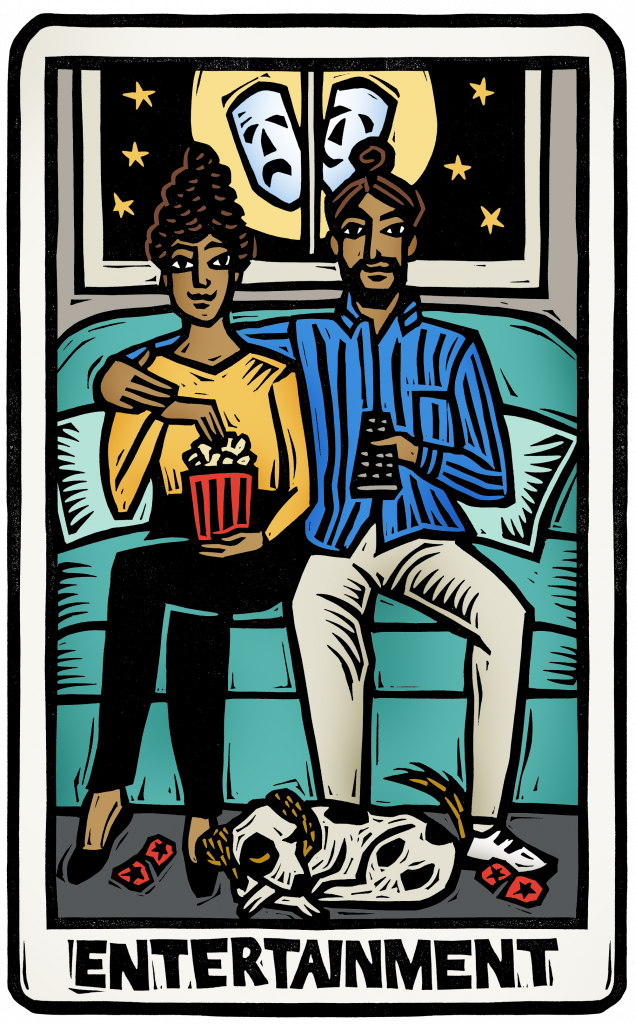 For the entertainment industry, COVID-19 exacerbated a lot of trends that were already in progress, says Emily Ryalls, who teaches classes in the areas of media criticism and popular culture.

“Theater attendance has been on a major decline for several years. The increase in streaming services was already happening,” says Ryalls. “I think that we’re going to continue to see more options in terms of bundling and streaming.”

When most movie theaters closed or had their attendance severely limited to help slow the spread of COVID-19, several film companies experimented with releasing big movies either online or simultaneously online and in theaters. Massive blockbusters from Disney, Warner and Universal all went straight into people’s homes last year.

Ryalls says that for the most part, those experiments were massive successes for the companies that released them — and a huge benefit for many consumers as well, in terms of price and accessibility.

“When Disney released Mulan on Disney+, they were charging $60 to watch it on opening weekend,” she says. “But if you have a family of four or five, the costs of tickets, plus snacks, gets you above that price pretty quickly. I think a lot of families found that to be incredibly worth it.”

These expanded options for consumers mean that the theater industry is going to feel a major squeeze. Already, several formerly very profitable theater chains have announced closures, and those that opened early with audience limits have been limping along. “I don’t expect that we’re going to see a massive rebound for movie theaters,” she says. 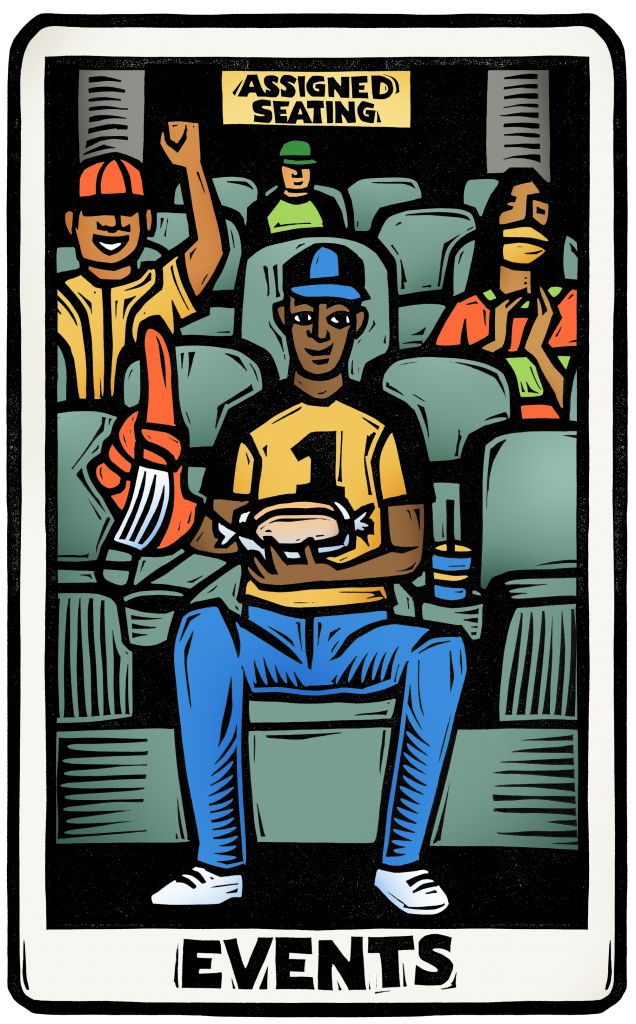 Even as the world starts to re-open, don’t expect events to look the same as they once did, says Karson, founder and co-owner of event company Karson Butler Events.

“As gatherings are allowed once again, and the economy prepares to re-open more fully, we’re certainly going to be moving forward with many best practices and regulations that we’ve seen over the past year,” she said. That likely means ensuring people can keep their distance at large events, as well as collecting more detailed contact information from attendees. Karson says this best practice is key for not only contact-tracing and clearance purposes, but also in helping quickly reach attendees in case there are postponements or emergency situations.

More events may move to a hybrid model, with both in-person and virtual components, and we’ll see more events with assigned seating, Karson said.

Another innovation that sprung up during the pandemic — and could stick around — are what Karson calls “passive activations”: outdoor activities that people can interact with, but that encourage them to keep it moving and discourage spontaneous large group gatherings.

Additionally, the way food is served at events will likely change, Karson says. At concessions stands, for example, food will likely be individually packaged to reduce contact. Instead of a buffet at a wedding where guests serve themselves, people will likely see more of a cafeteria-style food station, where servers put food on plates for the guests.

“There’s been a lot of discussion on food safety and how we’re serving food and drinks to guests,” Karson said. “Long gone are the days of giant cheese and charcuterie tables that everyone’s putting their hands in.” 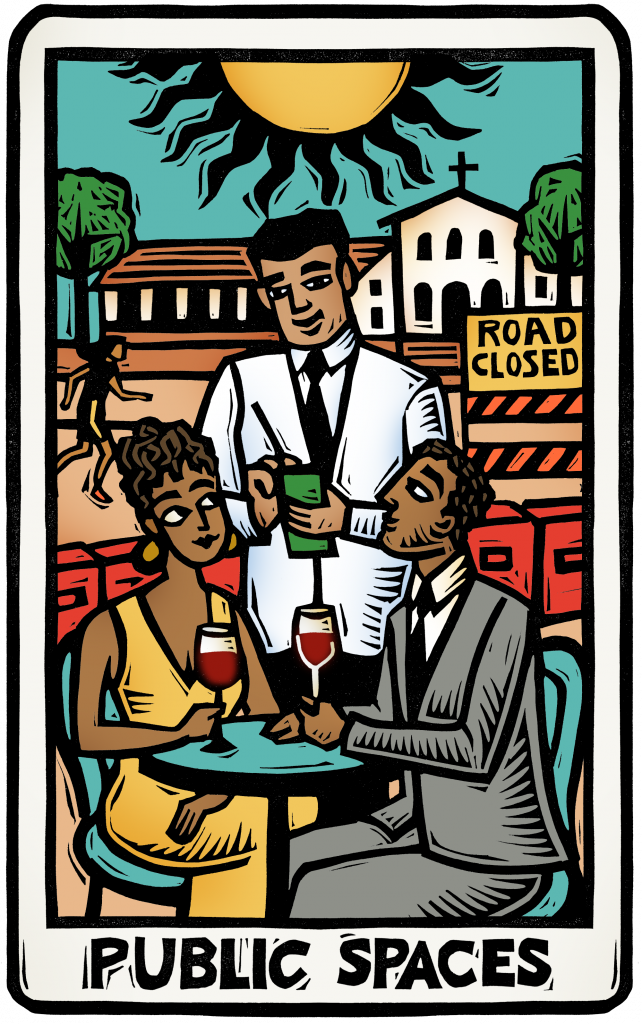 Any move that takes cars off the road and orients urban centers toward pedestrian use is a good thing, for most city planners. Outdoor dining areas and public “parklets” that have sprouted up to provide more open-air facilities in downtown areas across the country have done exactly that, according to City and Regional Planning faculty Hemalata Dandekar and Dave Amos.

“Everybody is opening up to rethinking all kinds of new ways of doing things,” says Dandekar, who also serves as the chair of the San Luis Obispo Planning Commission. “I think the pandemic is already accelerating the speed at which we adopt new ways to share public space.”

The question of whether and how private businesses should be allowed to profit by taking over public spaces, like restaurants fencing off sidewalks and even traffic lanes for dining, is a tricky one — especially once the emergency phase of the pandemic comes to an end.

But just in the past year, seeds have planted for long-term change. Amos says that many permanent fixtures in urban layout began as temporary changes that proved popular with the public. He points to one example right in San Luis Obispo: Mission Plaza, which was a part of Monterey Street and open to vehicle traffic until 1968.

“Cities are doing a lot of experiments, and I think there are probably city planners in a lot of city halls who are cheering for some of these changes to stick around,” says Amos. “There are different ways of organizing the legal side of things, but it just depends on what the priorities are for the city and the businesses.”

For Dandekar, one thing she hopes for but can’t predict is a better future for cities’ most visible and most vulnerable residents.

“One thing you’ve seen during the pandemic is more homeless people in urban centers — whether because they can take over some public spaces because there isn’t as much traffic, or simply because they have nowhere else to go,” she says. “I think for cities in rich nations like the U.S., we should be thinking about ways to level the playing field. I hope the pandemic causes people to think a little bit outside the box on this.” 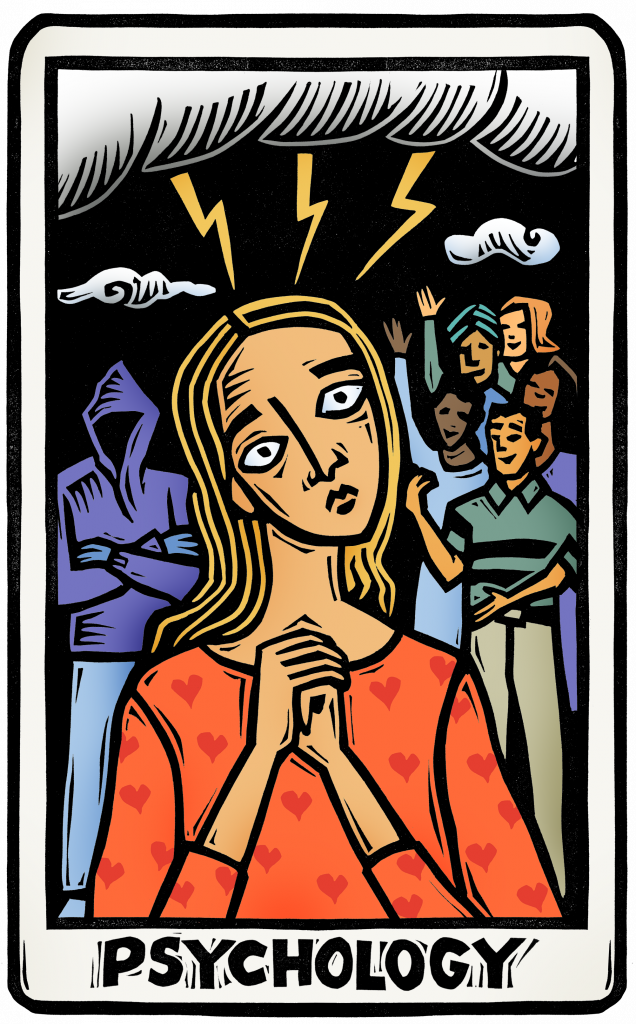 Beyond the disease itself, perhaps the most significant long-term damage of the pandemic has been the way it has reshaped our psychology. Psychologist Lucy Bencharit says that anxiety, depression and burnout will likely linger long after most Americans begin returning to normal social activity.

“I don’t think anybody ever said that it was not important to have friends and be social and be around other people,” says Bencharit. “But it’s becoming more and more evident through the pandemic that that is a need rather than just something nice to have.”

She says that as the pandemic winds down, resuming normal social interaction may take some work.

“It’s hard shifting your mind to do something that it hasn’t done in a long time,” says Bencharit. “People are going to have to relearn how to do things like make new friends, or engage in conversations or even just make eye contact with other people.”

Bencharit says that the pandemic has also stirred up an even more insidious psychological phenomenon that is common when people face a serious threat.

“History shows us that during times of crisis, we see a readiness to blame others, to engage in in-grouping and xenophobia,” she says. “That’s what we’ve seen throughout this pandemic, things like acts of violence against people of color and Asian people in particular, behavior to try to eliminate what they see as the threat.”

The one upside to that, she says, is that a spike in those incidents seems to have rung societal alarm bells, inviting people to take a more critical look at those behaviors.

“I think it’s really important in this time to think about the social and systematic causes of those types of behaviors,” she says. “The movements that results out of that process are going to last, and that’s a good thing. It will only serve to shine a light on the problems that have been around much longer than the pandemic.”