As a fiercely divided U.S. Senate struggles to pass legislation, many prominent congressional Democrats have begun calling for an end to the filibuster — a Senate procedure that stands between discussion on a bill and a final vote. But what would ending the filibuster mean?

Political Science professor Chris Den Hartog has studied how Congress works for decades. He is the coauthor of the books “Agenda Setting in the U.S. Senate: Costly Consideration and Majority Party Advantage” and “The Jeffords Switch: Changing Majority Status and Causal Processes in the U.S. Senate.” He spoke with Cal Poly Magazine about what the filibuster is, how it works in a polarized Senate, and what it might happen if it was abolished. 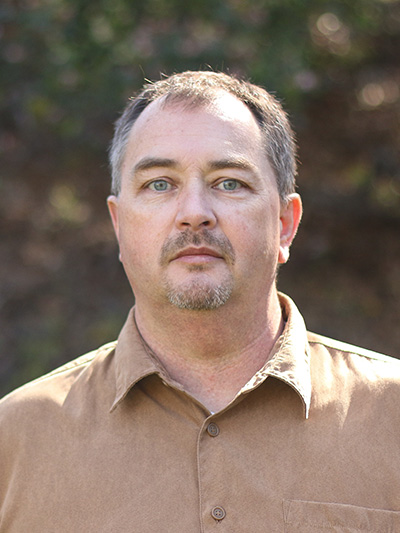 Cal Poly Magazine: What is the filibuster and what does it do?

Den Hartog: In the simplest terms possible, the idea of a filibuster is to waste time in the legislature in the hopes that whoever is trying to pass a law that you don’t like will conclude that it’s not worth it. It’s just a strategy to prevent something from happening.

In the modern Senate, the way that people waste time is by either getting the floor and being allowed to speak and speak and speak, or even just threatening to do that. In that case the majority party leaders more often than not will just not try to do what they’re doing, unless they think they can get enough votes to stop the filibuster.

To stop a filibuster, a Senator can make a cloture motion — a motion to limit the amount of additional debate — which allows the chamber to just vote on whatever the decision is. Since the 1970s, it’s taken 60 votes to approve a cloture motion and put an end on debate, thereby ending a filibuster.

Oddly enough, the Senate rules and procedures don’t include the word “filibuster.” The Senate has never set out to create a filibuster — just early in their history, they decided that whenever something was going to be decided, every senator was allowed to debate on it and they were allowed to talk about it long as they wanted to, as long as they could still stand there and talk about it.

What is controversial about this procedure now?

Typically, it wasn’t that hard to get senators from the other party to go along with cloture — you might water down the bill a little bit, make it a little bit less partisan, and they typically tended to compromise. But in the last 25 or so years, the parties have become so at odds with each other that getting anyone from the minority party to go along with cloture can be really difficult for the majority party.

The big fight now is that Democrats have 50 Senate seats, so they need 10 Republicans to go along with a cloture vote, which is going to be very difficult on pretty much any bill. So some Democrats are floating ideas on how they might weaken the filibuster or maybe do away with it altogether so that they can pass the bills that they want.

Republicans have toyed with this idea also, going back to about 2005 when they were the majority. George Bush was president; Democrats were the minority party and they were filibustering all of Bush’s judicial nominees. The Republicans started talking a lot about using the “nuclear option,” the nickname that’s been given to a strategy for getting rid of the filibuster. In the end that didn’t happen because a handful of Republicans and Democrats in the Senate reached an agreement.


It came up again in 2013, but the parties were reversed. Obama was president, Democrats were the majority party and Republicans were filibustering. And Democrats in the Senate used the nuclear option partially, to get rid of filibusters of presidential nominees to the courts or to other government positions.

But that backfired on the Democrats. As soon as Trump was elected in 2016, the Republicans refused to allow the filibuster for Trump’s Supreme Court nominees, and Trump had three nominees confirmed. It was a very predictable result of the Democrats using that nuclear option several years earlier.

That’s one of the reasons that a lot of senators like the ones in 2005 had struck a deal. Even now lots of Senators are afraid of getting rid of the filibuster because they know it’s likely to backfire on them sooner or later if they do.

Is the nuclear option being seriously considered? And if so, how would it work?

Almost everything in the Senate is debatable, which means it’s filibusterable. There’s no way that the Senate as it is now is going to go through its formal rules change process to get rid of the filibuster. But there is a backdoor way to change the rules. If someone doesn’t like the way the rules are being applied, or they think someone’s doing something that they think should not be allowed under the rules, they raise what’s called a “point of order.” It’s like an objection in a court of law.

The nuclear option would involve a carefully choreographed scenario in which a member of the majority would raise a point of order on the minority’s filibuster. When there’s a point of order, the chair person sitting in the front of the chamber rules on it, and that’s always a member of the majority. That decision can be appealed by the minority, but there’s no debate allowed on that appeal and it just takes a bare majority to decide on that appeal.

It’s an underhanded way for the majority party to reinterpret the rules. This actually happened in the House of Representatives in 1890 and the House just was bedlam for three days. It’s just bitterly divisive. The majority would have to essentially claim for themselves power to decide on everything, which would be a total transformation of the Senate from being historically fairly bi-partisan.

What are the arguments for and against abolishing the filibuster?

The arguments are pretty much always the same — the only thing that changes is which side makes which arguments. So go back to 2005, Republicans were being thwarted by the filibuster and they were screaming bloody murder that the filibuster is undemocratic, allowing a minority of the people to subvert the will of the majority.

Proponents of the filibuster — the Democrats, back then — argued that the Constitution sets up checks and balances: it includes protections for the minority factions of society and minority groups and minority perspectives. That it is the most democratic part of the legislative process.

In 2013, when Democrats used the nuclear option for judges, the same arguments were made. It was just that it was the Republicans standing up for the filibuster and Democrats saying, it’s the worst thing since Satan, which is about how it is now.

Other than partisan fighting, what specifically would be the actual effects of weakening or abolishing the filibuster?

Assuming it were done away with, it would then just take a bare majority to call a decision, which would eliminate the minority party’s ability to block anything the majority party is trying to do. As long as the majority has 51 people willing to go along with a particular plan, they’d be able to pass whatever they wanted.

But if the majority were fractured, like right now with some purple state Democratic senators who have to play to a much more moderate constituency, that would force the majority party and the Biden administration to water down some of their policy proposals.

And if it were the Republicans who were the majority party — which could happen any moment — then it would depend on whether they could stick together. Usually, the president’s party loses seats in midterm elections, so if historical patterns follow, Democrats could lose control of both chambers in the 2022 elections. That’s why some Democrats are tempted to try this now, but also why it would be such a risky move for them.

With the Senate as polarized as it is now, what happens to the Senate’s ability to pass any legislation if the filibuster stays just the way it is?

If both parties stay as tribalized and inflexible as they have been, it’s just going to be gridlock — which is mostly what we’ve seen for the last 10 years. There are certain bills that are referred to as “must pass” bills, like bills to pay for the government every year. Those would probably still pass, but that’s about it.

One of the other effects is that presidents will become more inclined to use unilateral actions and executive orders to get stuff done.

But if the polarization continues as it has and the Senate rules stay the same, I think it’s not good for the country. It just would portend gridlock and failure to address an awful lot of big problems that needed to be addressed.

The big concern is the polarization. Both parties have become more ideological and there’s less pragmatism and less willingness to compromise. That’s in the House, that’s at the state levels, it’s among a lot of the voters — it’s certainly not just the Senate.

When that’s not the case, when things aren’t so bitterly divided, the filibuster often works out fairly well. The framers wanted a government to work, which means compromise among different sides. Much of the worst dysfunction in Congress is more a function of the polarization than of the rules.