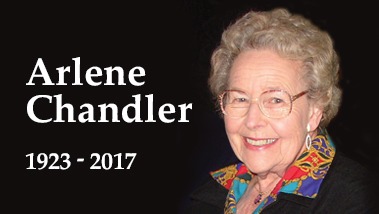 She was born outside of Prairie du Sac, Wisconsin in 1923 to Rueben and Eleanor Bahr. She was the first in her family to attend college, attending the University of Wisconsin from 1940 to 1944. At Wisconsin she majored in journalism and education with a minor in economics and English, earned several awards for excellent scholarship, and was extremely active in campus life.

Arlene moved to San Luis Obispo in 1960 to work at Cal Poly as the student activities advisor. Her first major project was the creation of a new student orientation program that she named the Week of Welcome (WOW), which continues to this day and has been emulated by universities across the nation. Arlene led the early planning of the University Union and was responsible for the inclusion of the bowling alley and recreation area. She also fought to ensure its current size against those that wanted its footprint greatly reduced.  She was then promoted to dean of women at Cal Poly in 1962. In 1964 she married Everett Chandler, the dean of students, and due to nepotism rules, left Cal Poly.

She was then hired as the first female professor at Cuesta College and taught full time for more than 21 years. Arlene was also extremely active in the community and helped start the San Luis Obispo Family Services Center in the late 1960s to provide needed mental health care to the community. She maintained close ties with Cal Poly her whole life, and was an active member of the Cal Poly Women’s Club and the Cal Poly Retired Faculty and Staff club.

In 1987, Arlene was named “Woman of the Year” by Cuesta College and was honored with the Education Alumni of the Year Award in 2009 by Cal Poly. The “Arlene Chandler Award for Service” is presented each year by the Community Counseling Center of San Luis Obispo County.  The “Chandler Quiet Study Lounge” in the Cal Poly University Union is named for Arlene and Everett. She is survived by Everett, her husband of 53 years, and two sons, Mark and Bret.

Mustang on the Mountain 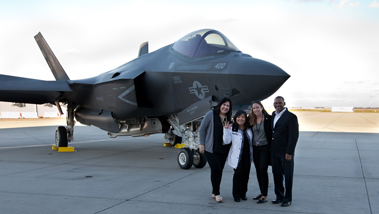 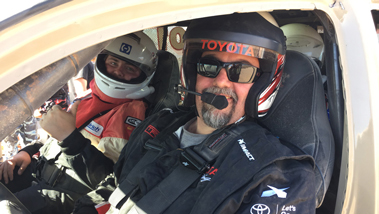