“Eliminate All Work for Girls”

Browse through a Cal Poly yearbook from the 1930s or 1940s and you will notice a strange anomaly: a decided absence of women. That is because from 1930 to 1955, Cal Poly did not enroll any female students.

The founders of the California Polytechnic School, as Cal Poly was then called, always intended for the campus to be co-ed. The 1901 Enabling Act stated the purpose of the school was “to furnish to young people of both sexes mental and manual training in the arts and sciences.” 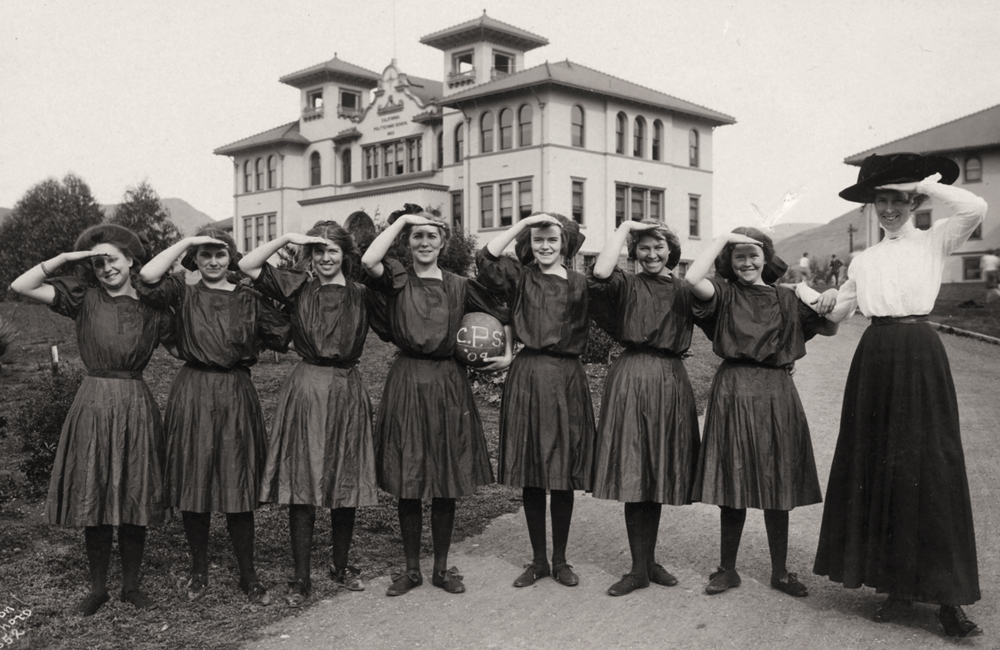 Until 1930, this was the case. The first three programs offered at Cal Poly were mechanics, agriculture and household arts, and women enrolled in the third program. Women had their own athletic fields, a women’s social club known as the Amapola Club, and an active role in campus life.

But issues of equality existed for women from the beginning. The household arts program did not have a building until 1906, which meant for the first several years of this program, women were moved from room to room in other buildings. There were never enough funds to build a women’s dormitory on campus. For a few years, an old men’s dormitory was used by women, but when the building was eventually converted into Science Hall, the residents had to find other accommodations. Course catalogs of the time explained that women were expected to find housing in suitable homes in San Luis Obispo. As a result, the majority of female students were local women who lived at home. 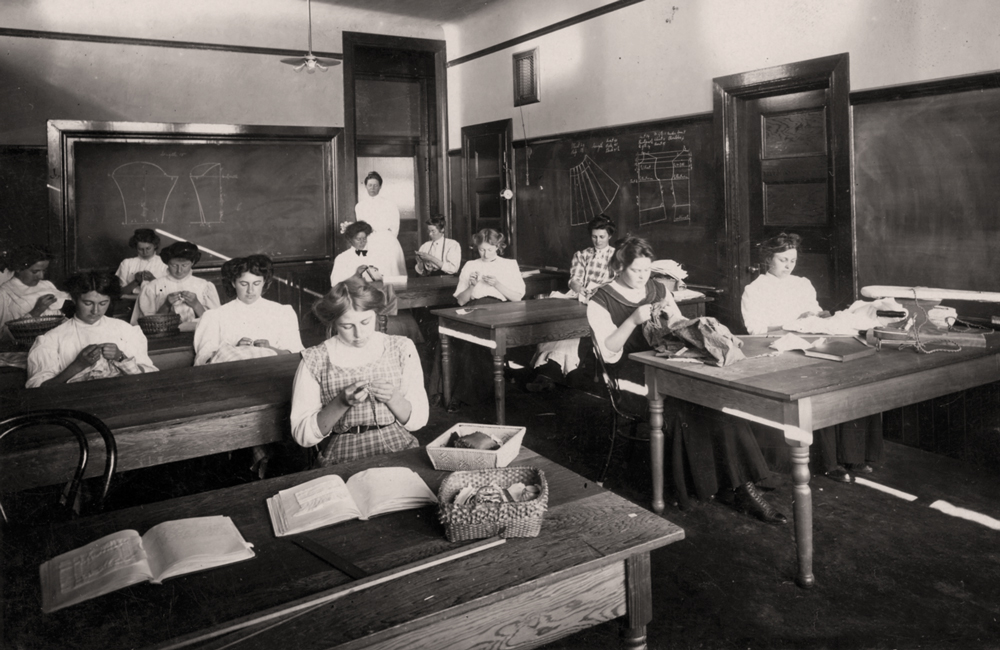 Dressmaking was one of the core courses in household arts, one of the few majors available to women in the early days of Cal Poly. University Archives.

When the school budget was reduced in 1923, administrators decided to, in their words, “eliminate all work for girls,” and the home economics program was cut. However, some women still petitioned to enroll, and seven found an opening in the printing department in 1924.

By 1928, the state government decided that women students should no longer be at Cal Poly. A report prepared by the board of education staff explained the state’s position: the household arts program was economically unfeasible due to low attendance and the availability of similar courses at the high school level. By then, women made up only five percent of the student body, and by 1930 they were all gone.

Jane Lehr, chair of Cal Poly’s department of women’s and gender studies, sees this series of events as an example of a problem that still persists today in higher education. “If we have limited expectations for certain groups of students and then don’t provide resources for those students to thrive, they will often end up performing ‘as predicted,’” she says. “We need to take responsibility for the ways our expectations contribute to the success — or lack of success — of some students.”

In 1937, the state statute was repealed, but that repeal did nothing to change the status of women at Cal Poly. In 1942 enrollment opened temporarily to 24 women who were allowed to enroll in civil service training courses.

Although women approached the campus for readmittance throughout the long gap, it wasn’t until 1954 that permanent change got underway, through a combination of pressure brought by women in the community who were interested in attending the school and the administration’s newfound willingness to invest in proper facilities and new programs that they considered suitable for women. In the 1955-56 school year, a pilot group of women were allowed to enroll to complete teaching degrees, and in the 1956-57 school year, the school reopened officially as a coeducational college — this time with no official restrictions on which programs women could choose.

Since 1956, the enrollment of women and men at Cal Poly has continued to achieve greater balance. Today, women make up 47 percent of the student body.

“I think we’re in a place where there’s still a tremendous amount of work we can do to support women, as well as students from other underrepresented groups, both at Cal Poly and across higher education in general,” says Lehr. “But what’s exciting about this moment is that as a university, we’re all on the same page — we’re aware of these issues and working to improve them.” 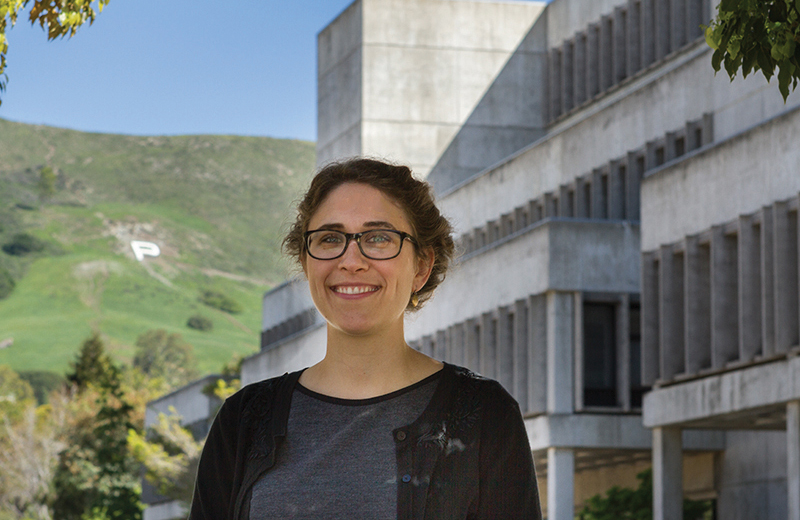 Laura Sorvetti works in Special Collections and Archives as a reference, outreach and instruction services specialist. She started as a student in 2003 and has worked in the archives since finishing graduate school in 2010.

Behind the Scenes at Disney

The Power of a Life Transformed