“Our goal is to try to provide information to the federal and state agencies to guide the decision process about whether and how California proceeds with offshore wind energy,” says Ruttenberg. “Our group is agnostic about whether this is something we should be doing — but it’s certainly something that we think we should be investigating.”

The idea for offshore wind energy is to build wind turbine farms 25 to 40 miles off the coast, using the wind to generate power for the state’s energy grid without taking up valuable space on land.

Offshore wind energy is already being harnessed in other places around the world. Off the coasts of China, Denmark and Scotland, farms of hundreds of 300-foot turbines anchored to concrete pylons on the ocean floor generate hundreds, or even thousands, of megawatts of power. Here in the U.S., at the nation’s first offshore wind farm off the coast of Rhode Island, five turbines are serving as a proof of concept for larger projects.

Analyzing data from atmospheric weather models and marine wildlife habitats, the Cal Poly research team is seeking to answer one big question: Is this technology worth exploring here in California?

The idea has one big draw. According to the Cal Poly group’s findings so far, wind energy would be almost ideal at providing a surge in power production precisely when Californians need it most: in the morning, when residential energy demand increases as people wake up, and in the evenings, when people come home from work and turn on lights, appliances and TVs.

Unlike other renewable energy sources, including solar power and land-based wind, offshore wind energy production spikes right around the same times that energy demand does. It almost perfectly complements energy production from solar, which peaks during the middle of the day as the sun is at its highest and brightest.

Climate change is one of those problems that if we don’t address it, and quickly, nothing else will matter.

Battery technology has not yet caught up with the capacity of solar energy California is capable of producing. That’s why renewable sources should ideally depend on a varied portfolio — wind, solar, hydroelectric and more, in a balance that matches peak production times with peak energy usage times.

According to Walter, the types of turbines that would likely be deployed off the California coast can produce up to 10 megawatts of power when the winds are strongest — enough to power several thousand homes each.

“Think about how that could scale up — there are proposals for wind farms with a hundred turbines,” says Walter. “Depending on the actual conditions, a farm that size could potentially provide as much as five percent of California’s power.”

The research team is focused mainly on whether California’s offshore wind has enough potential to move forward, and whether the environmental impact would likely be small enough to make the juice worth the squeeze. A whole host of challenges remain for any real-world offshore wind energy project, including engineering and politics.

The original question that brought biologists Ruttenberg and White to this project is: how would this all affect sea life? Building turbines mounted on permanent pylons, as most other currently operational offshore wind farms do, has the potential to wipe out large swaths of habitat for bottom-dwelling animals and disrupt migration patterns of fish, birds and marine mammals. 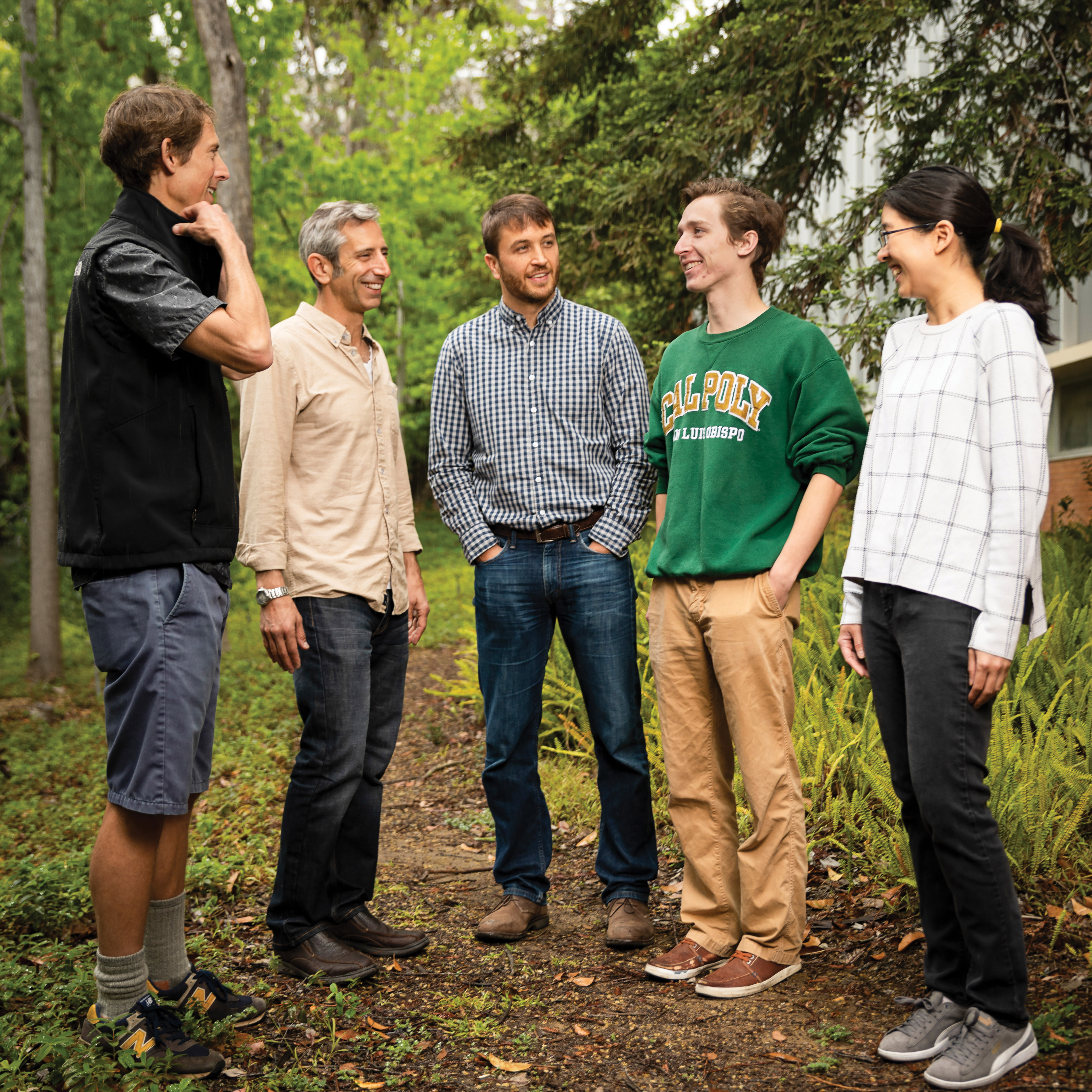 A major part of the task for Ruttenberg and White is to find a balance point. What’s more harmful to the Pacific ecosystem: the risks from deploying offshore turbines or the general mayhem climate change will cause absent significant action to move away from carbon-based energy sources?

“Trying to save the birds and the whales isn’t going to matter in the long run if climate change gets ahead of us,” says Ruttenberg.

Beyond the ecosystem concerns, the California coast presents a critical challenge in deploying this proven technology. Compared to Europe, China and the East Coast, the seafloor of the Pacific drops off much more rapidly. While those other offshore wind turbines can rest directly and securely on a seafloor a few hundred feet deep 40 miles off the coast, turbines situated a similar distance offshore in California would lie in 1,000 feet or more of water.

There are more human-centric downsides as well. The 25- to 40-mile range that would be ideal for offshore turbines often overlaps with key fishery zones, potentially cutting into output for an important maritime industry.

Government regulations also prohibit offshore development in several large swaths of the California coast, including military testing zones off the coasts of San Diego, Long Beach and Vandenberg Air Force Base and ecological preserves near the Channel Islands and the Bay Area.

These concerns and more await investigation in the next phase of development on any eventual offshore wind project, once the Cal Poly team has handed off its report to the BOEM.

Rising to the Challenge

Challenges notwithstanding, the need to push forward on more renewable energy sources — offshore wind or otherwise — is becoming more urgent. Within the past few months, a series of climate reports by the United Nations and other bodies have indicated that increasingly catastrophic weather phenomena are directly linked to man-made climate changes; that a million species are at serious risk of extinction; and that the world has less than 10 years to take major action on curbing carbon emissions to avoid causing even more dire consequences. 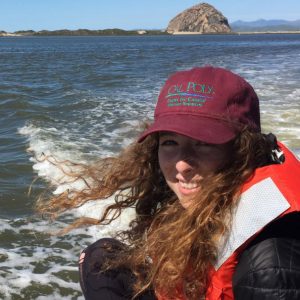 Learn by Doing at Work

Hayley Farr, who graduated in 2018 with a degree in biological science after spending three years as an undergraduate researcher on this project, has translated her experience into her new job at the Department of Energy’s Pacific Northwest National Laboratory in Washington. Armed with an extensive background in researching offshore energy sources, Farr is now helping investigate more novel energy ideas than just adapting proven offshore turbines to California’s deep-water coast. Her lab is currently investigating ideas including harnessing the power of waves and undersea currents. “The research I did definitely prepared me for the subject matter of what I’m doing now,” she says. “I was told by all my professors that they considered me an expert in this field.”

With the state’s only remaining nuclear generating plant, SLO County’s own Diablo Canyon, set to go offline in the next few years, California will have a nearly 10 percent gap to fill in energy production. Currently renewable energy sources, including solar, wind, geothermal and hydroelectric, account for 29 percent of the state’s energy. Carbon-based natural gas makes up 34 percent. Coal accounts for 4.1 percent.

According to the researchers at Cal Poly, the idea is not to think of any one renewable energy source a game-changing, all-purpose solution. The ideal solution would be to develop a broad portfolio of renewable energy sources that, taken together, would have the potential to generate power around the clock on an as-needed basis — and offshore wind, they think, warrants further exploration as part of that mix.

As a next step, the team plans to get their research to as many decision-makers as possible. “We’ll send our report to BOEM, but we’ll also have several peer-reviewed publications and will share everything with the relevant agencies to help guide their decision-making processes,” says Ruttenberg. “We’ll also give lots of presentations to scientific audiences, policymakers, and whoever else wants to hear what we have to say in the hopes that they use this information.”

Whatever the eventual solutions to a more renewable energy future for California may be, says Ruttenberg, the time to work on figuring them out is now.