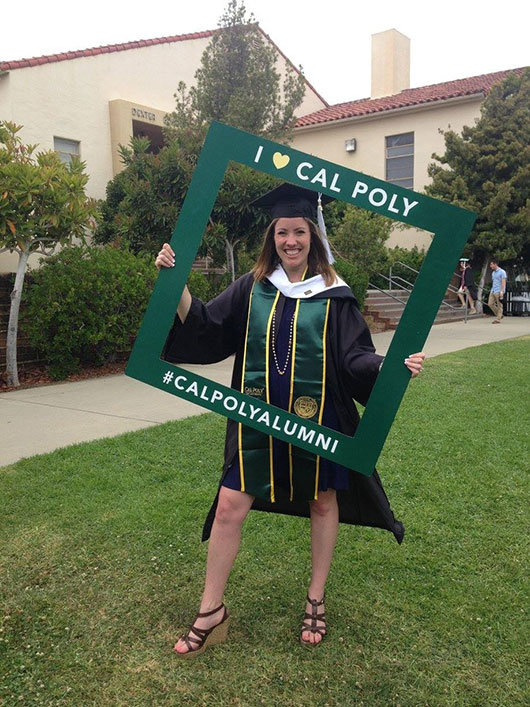 The summer following my time as ASI president (2014-2015) and after one year into my MA degree, I worked for Parsons Corporation for the senior vice president of government relations in Washington, D.C.. I then completed my MA degree in public policy from Cal Poly (June 2016). Since March of 2016, I have been working as the marketing and communications manager for the Economic Vitality Corporation of San Luis Obispo County, a non-profit which aims to foster investment and the growth of business in the local economy. Most recently, on June 12, 2016, (I suppose favorite memory since graduating) I got engaged to my former ASI Chief of Staff, who also happened to run against me in the ASI Presidential elections. (His name is Jake Rogers, AGB ‘2015; he is a 2nd Lt. in the Marine Corps).