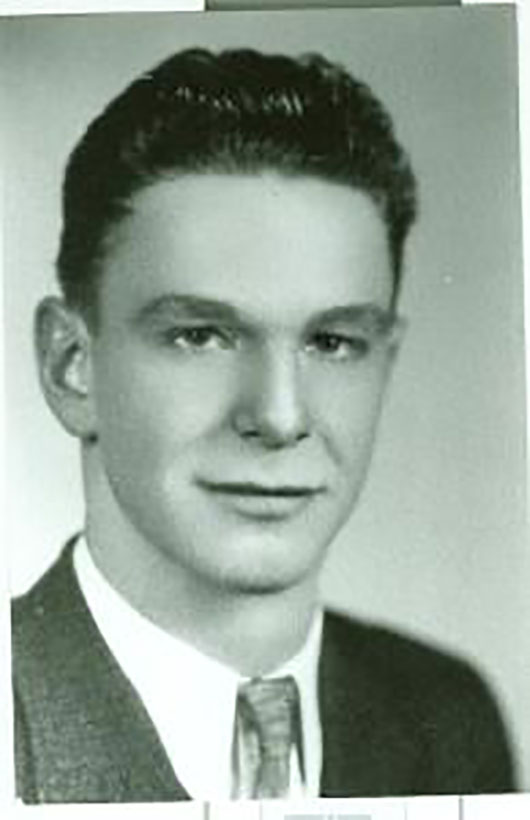 Walter was very active on campus during his time at Cal Poly, acting as a member of the Men’s Glee Club, Swordsmen, Gamma Phi Delta, and Poultry Club. After serving as student body president from 1941-1942, Walter enlisted in the Army (the Signal Corps to be exact) during World War II. After he returned from war, Walter managed the production and the shop for his family’s poultry ranch, where he invented an egg-cleaning machine. He was passionate about reading and enjoyed playing the organ and piano; he was also a drum major for the Shriners for many years. Walter passed in 2010 and he will be remembered as a talented and loving man.