Cal Poly’s annual Honored Alumni Award is the highest honor bestowed upon alumni by the Cal Poly Alumni Association (CPAA), and the honorees never fail to impress. From the founder of the Poly Royal Rodeo to leaders in education, law, architecture and the arts, the 2016 class of honored alumni was one of Cal Poly’s most diverse and accomplished yet.

Of more than 180,000 living alumni, nine outstanding individuals were nominated by their respective colleges, Cal Poly Athletics, and the CPAA to be honored by the campus community.

Watch the videos below to learn about their many accomplishments as Cal Poly Proud alumni.

Scott Cooper (Business Administration, ’91) is the CFO of Allegro Ophthalmics, LLC. He spent eight years as the CFO for WaveTec Vision Systems, Inc., where he raised more than $60 million of new venture-capital backed equity in four financing transactions; secured more than $10 million with three venture-debt facilities; and helped the grow the company’s revenue from zero to $15 million. He’s also a CPAA volunteer leader, a former Cal Poly football player, and serves on the Orfalea College of Business Dean’s Advisory Council.

Jim Newkirk (B.A. Social Sciences, ’62) is the first Honored Alumnus chosen by Cal Poly Athletics. After graduation, Newkirk taught high school social sciences and history while at the same time investing in real estate. From his first duplex, he grew Newkirk Enterprises into a large company operating thousands of rental units in Southern California. A baseball player while at Cal Poly, Newkirk is a longtime supporter of the team and regularly makes visits to campus to speak to the players. He is an avid supporter of the arts and education and has been acknowledged by the Vatican for his contributions toward an Etruscan museum.

Jim Kouf (B.A., English, minor in History ’74) and his wife Lynn are the founders of Kouf-Bigelow Productions. Jim discovered a love for screenwriting at Cal Poly and credits his history classes for helping him write the hit movie “National Treasure.” He is a screenwriter, director and producer who began his career in film in 1981, producing several hit movies, including the 1997 film “Con Air.” His writing breakthrough came in 1987 when he wrote the buddy cop comedy “Stakeout,” for which he earned the 1988 Edgar Award for Best Motion Picture Screenplay. He went on to write 20 feature films including “Rush Hour,” “National Treasure,” and most recently “Money Monster.” In the last decade, Kouf has worked in television, producing and writing “Angel” and “Ghost Whisperer.” In 2011, Kouf created, wrote and produced the pilot for “Grimm” with his partner, David Greenwalt. The show is now in its sixth successful season. Kouf devotes significant time and energy to the Cal Poly English Department’s Career Connections Program.

Cotton Rosser (Animal Husbandry, ’52) is a 2013 recipient of an honorary doctorate from Cal Poly. While at Cal Poly, Rosser was the captain of the rodeo team and won the All-Around and National Saddle Bronc Championship. He made a lasting historical impact as the person responsible for establishing the traditional Poly Royal Rodeo event in 1951. In 1956 he purchased the Flying U Rodeo Company and since then his name has become virtually synonymous with rodeo in the U.S. Rosser is known as an innovator, introducing crowd-friendly components that are now standard in the sport. In total, he has produced more than 3,000 rodeos. Rosser has been inducted into the Professional Rodeo Cowboys Association Hall of Fame. In 2015 he was elected into the Hall of Great Westerners at the National Cowboy & Western Heritage Museum in Oklahoma City.

Wendy Ornelas FAIA (Architecture, ’80) is the first and only female and first and only Latina fellow in the state of Kansas. She is a licensed architect in California and Kansas and is a professor at Kansas State University. Ornelas is the recipient of numerous awards, including Distinguished Professor of the Association of Collegiate Schools of Architecture. She is a member of the National Architectural Accrediting Board (NAAB), serving as president in 2009-10, and is the faculty advisor for AP Design’s Women in Design chapter. She served as the central states regional director for American Institute of Architects (AIA); as co-chair of AIA National’s Diversity and Inclusion Council; as the board liaison to the Young Architects Forum; as academic advisor for Central States Region’s Emerging Professionals Committee. She served two terms on the Kansas State Board of Technical Professions, and in 2015 received the AIA Richard Upjohn Fellowship.

Nohemy Ornelas (MA, Education’ 07) has advanced in her career quickly, from student to associate superintendent and vice president of student services at Allan Hancock College in just eight years. Ornelas is a proud advocate for community colleges and knows how important Student Services is to student success. She is a member of the Counseling and Guidance Advisory Board at Cal Poly, helping to guide curriculum and keep it current and cutting edge. She provides an enormous amount of mentorship time to Cal Poly students as well as supporting the Counseling and Guidance Internship Program at Allan Hancock and Cuesta colleges. Ornelas has been instrumental in helping recruit individuals from diverse backgrounds to Cal Poly.

Karen Bartleson (Engineering Science, ’80) is the president of the Institute of Electrical and Electronics Engineers (IEEE), the worlds largest professional organization for the advancement of technology. Bartleson has more than 35 years of experience in the semiconductor industry. She has worked extensively within IEEE to develop strategic plans, finalize membership in the Global Standards Collaboration and to raise IEEE’s influence and profile in the areas of Internet governance, cybersecurity, and cyberprivacy policy development. She is the author of numerous articles and a book about standards and universities and is the recipient of the Marie R. Pistilli Women in Electronic Design Automation Achievement Award.

Charles E. Bell, Jr. (Political Science, ’04) is the co-founder of the Cal Poly Alumni Association’s Black Alumni Chapter and an avid volunteer coordinator for Cal Poly’s annual Black Legacy Weekend. Through his leadership, he has expanded participation and promoted recognition of the chapter’s alumni activities including recruiting, mentoring and supporting students. Bell is a longtime volunteer for the Cal Poly Admissions Office, partnering to improve outreach to African-American high school students. A deputy city attorney for the City of San Diego, Office of the City Attorney, Bell serves on the Crawford High School Law Academy Advisory Board of Directors and as the Mentoring Program’s co-chair. He has served on the California Western School of Law Alumni Board of Directors and is the immediate Past President of the Earl B. Gilliam Bar Foundation, San Diego’s black lawyers and judges association.

John A. Ronca, Jr. (Business Administration, ’75) is a tireless supporter of Cal Poly. Ronca earned a doctor of jurisprudence from Pepperdine University School of Law in 1978 and a master’s in the Laws of Taxation (LLM) from the University of Denver School of Law in 1979. As ASI vice president, he implemented a legal aid service for students and was a member of the Society for the Advancement of Management. Ronca has served as chair of Cal Poly’s Athletic Director’s Council since 2007. He is a member and secretary of the Cal Poly Foundation Board of Directors, and chair of the Governance Committee. Ronca has contributed to the community in many ways. He has served as chair of the French Hospital Community Board of Directors and is on the Mission College Preparatory High School Board of Regents. He is the immediate past President of the Northern California Golf Association Board of Directors and member of the board since 2006. 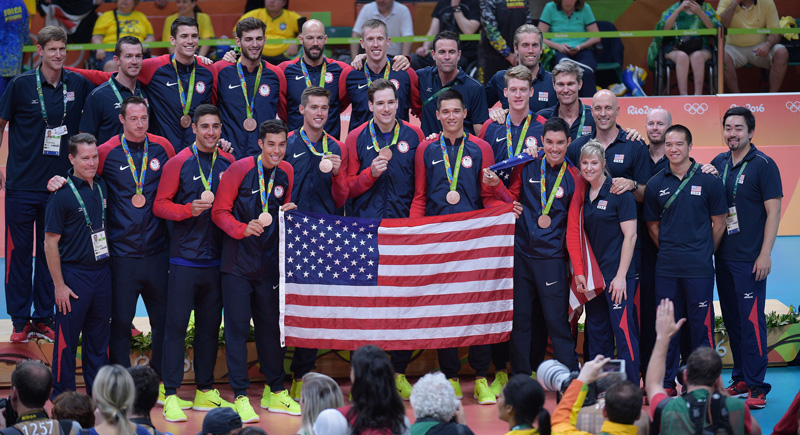 Save the Date for Homecoming!