Where are the Wild Things?

Photo by Moose Peterson
A photo of the Morro Bay kangaroo rat not long before the species disappeared from public view in the 1980s.

In 1986, Elvis Presley, Buddy Holly and James Brown were the first inductees into the Rock ‘N’ Roll Hall of Fame. That same year, the spacecraft Voyager 2 made its first Uranus flyby. That year also marked the last time humans observed the Morro Bay kangaroo rat in the wild.

Cal Poly biology Professor Francis X. Villablanca and researchers from the U.S. Fish and Wildlife Service (FWS) are in the midst of an ambitious effort to document whether the kangaroo rat still exists. 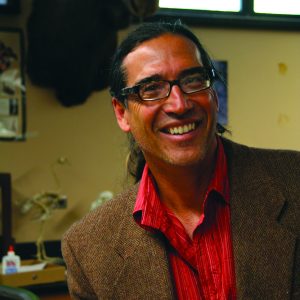 The rodent hasn’t always been rare, however. Maturation of local plant communities and both residential and commercial development have crowded out the kangaroo rat, which once occupied five square miles in the Los Osos and Baywood Park areas when the species was first documented in the early 1900s. In the 1970s, the rat was placed on the endangered species list. By 1993, the last captive specimen died at Smithsonian’s National Zoo.

Between 2008 and 2012, Villablanca and his research partner, biologist Chris Kofron, observed signs of the rodent that included a runway and tail drag marks. Motion-sensitive wildlife cameras have also been used to spot signs of life since 1999, when Villablanca began documentation efforts with the FWS. Still, as of late November 2016, researchers haven’t directly observed the rodent itself.

“They are either extinct or they occur in really low-density pockets and haven’t yet been found,” Villabanca said.

To aid in the search, Villablanca and Kofron have enlisted the help of a scent detection dog. The dog was trained to detect the scent of the Lompoc kangaroo rat, the closest relative of the Morro Bay kangaroo rat.

The use of the scent detection dog has been promising, Villablanca said. During three days of field surveys in August, the dog twice sent back signals to its handler that it had detected kangaroo rats.

The breakthroughs, Villablanca said, signal that the rodent may not be extinct, but may persist in tiny, isolated colonies among the remaining slivers of coastal scrub —which is an ideal scenario for Villablanca, whose connection to the tiny rodent runs deep.

As an undergraduate student at Cal Poly in the mid-1980s, Villablanca spotted the rodent while conducting surveys in the area. That sighting made him one of the last humans to see the rodent in its natural habitat. Years later, Villablanca was tapped by the FWS to redo those surveys in hopes of documenting the rodent.

“I guess you could say that I’ve done my senior thesis over about five times now,” he said.

Over the next several months, biologists working with Villablanca will pour over thousands of images captured over the summer in hopes of spotting the rodent. Although the rodent hasn’t been seen since U.S. President Ronald Reagan was in office, hope still remains.

“You go into endangered species work because you want to document the recovery, not the extinction,” Villablanca said.

Trending Online or Treading on Rights? 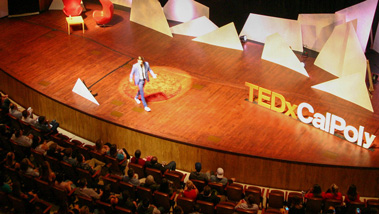