In this second installment of Thought Leaders, get to know three faculty members who joined Cal Poly through its first universitywide cluster hire program. They work in a variety of fields, using their scholarship and teaching to illuminate the ways that diversity and inclusion intersect with their field of study.

Get to know their unique perspectives they use to each, engage in applied research and serve our learning community. 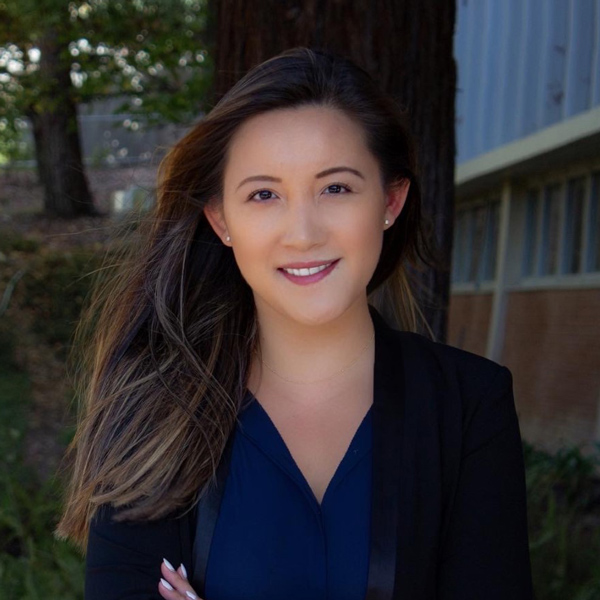 Many people like to think of themselves as objective, independent decision makers — someone who can set aside their own feelings and make the best choice in a given scenario. But rather than trying to remove emotion from important deliberation, psychology professor Lucy Bencharit says emotions need a lot more consideration when it comes to building more equitable work environments.

“The way I’ve approached it is studying how emotional values, which vary across cultures, shape our workplace behaviors and our work outcomes,” says Bencharit, who focuses on diversity and organizational behavior. “If we don’t acknowledge that these factors shape our decision making, then we end up with a system that is really biased, even though most of the actors within that system hold explicit biases.”

Emotional values are the way in which people in certain groups find it acceptable to express themselves in different situations. Bencharit uses the example of a student who doesn’t speak up in a classroom setting; a teacher might assume they are disengaged or unmotivated when the student’s culture may have taught them being quiet and reserved means they are being respectful in class. The disparity between emotional expectations can fuel unconscious bias in professional settings, her research finds, as people with different cultural backgrounds converge in candidate pools and board rooms.

These values manifest in the words people use as well as the non-verbal cues that frame regular interactions. For example, Bencharit analyzes body language like smiling — even measuring the enthusiasm with which someone smiles — as a factor of an applicant’s success in a hiring scenario.

“Here in the U.S. people really value excitement, and so they [tend to] hire and promote the more excited candidate,” she says of her findings. “However, in East Asia, they really value states like calm.”

In workplaces in the United States where candidate pools can be very diverse, decisionmakers often prefer candidates who reflect and reinforce their own emotional norms. Such factors are often scored under the guise of “cultural fit,” which presents an opportunity for discrimination.

Bencharit gathers data through a spectrum of tools — self-reported surveys, video footage and interviews, and linguistic text analysis — to define how people steeped in different cultures communicate and how well those expressions help people reach milestones up and down the corporate ladder. When looking at leadership choice on a grander scale, she and her co-authors also analyze U.S. presidential debate transcripts to correlate emotional word usage with voter response.

Across all these scenarios, her findings have been consistent. “You’re going to choose the person who appeals to your emotional values,” she says. “And [people] think that it’s their individual preference, when in reality, it is very much influenced by their cultural disposition.”

Since joining Cal Poly’s Psychology and Child Development Department in 2019, Bencharit says she has learned a considerable amount about how these challenges are impacting her student team. Her research lab was up and running when the coronavirus pandemic shifted the campus to a virtual learning setting. Seeing the silver lining, she says this year has brought a host of new topics to investigate, like cultural influence in the decision to wear face coverings to slow the spread of COVID-19.

While teaching her courses today, Bencharit hopes her students will understand the potency of culturally-influenced emotional values as they enter the workforce and advocate for decision-making processes that rely less on personal assumptions.

“If we make the hiring process less based on emotional contents or cultural cues, then we can create more, fair and equitable workplaces,” says Bencharit, “ones in which all candidates have equal chances of succeeding rather than some candidates having an advantage over others.”

Election years are fascinating to Thanayi Jackson, a history professor who studies race and politics — and 2020 was no exception. In every election season, Jackson, who reexamines history in the context of race, peers beyond the names on the ticket to examine the political party machinery that drives primaries, debates and platforms.

“I feel like it must really be nice to participate in the two-party system, as a person who wonders if the two-party system applies to people of color,” Jackson says of the divide between today’s Democrats and Republicans. “That’s not to say there’s not still nuances in voting, but that puts a sharp edge on whether or not you have a real alternative.”

Examining the relationship between race — especially Black Americans — and political parties fosters a better understanding of how those parties and their candidates make policy moves that impact people’s lives, Jackson said.

To understand concepts like “the Black vote,” she starts in the 1800s, before Black people could participate in elections.

“Political culture was vastly shaped by this idea of Blackness, and partisanship was quickly branded in terms of race,” she notes of the years before emancipation. “Lincoln becomes racialized in Southern political propaganda — his political platform is associated with Blackness and slavery, and it quickly becomes a Black-over-white party.”

Jackson’s research digs into party rhetoric after the Civil War that established a dichotomy between Black and white people, not necessarily to empower the newly emancipated, but to appeal to non-slaveholding white men struggling to compete with the economic and political power of large plantation owners. That’s where partisanship began to do something new, she posits. It’s no longer about organizing around policy, but about garnering votes through racial branding.

From there, Jackson analyzes polarizing moments in electoral history as formerly enslaved people were granted the right to vote and began to run for office. Her research zeros in on one case study in Wilmington, North Carolina, where Black people created a third political party and held elected office. In response, a mob of white supremacists from the Democratic Party spurred an armed insurrection in 1898 that killed dozens of people and usurped power from government officials lawfully elected only days prior. To this day, it’s the only successful coup d’état in American history.

Jackson, who teaches African-American history, uses these examples in her classrooms to “pull back the curtain” on the intersection of race and political parties. She wants students to understand that parties are very sophisticated organizations wielding immense political power and allegiance, yet they don’t’ always support real discussions of policy.

That lack of connection has a hand in low voter turnout, mass disillusionment and the lesser-of-two-evils strategy that plays out in national elections. As nuanced arguments are reduced to a binary choice, Jackson says it’s not surprising that racial groups have banded together during elections.

“As a historian, I recognize that this facet of American partisan democracy is really a reflection of the degree to which policy is implemented and operates in a racial context still,” she says of the duality that largely defines the country’s political topography. “Because if that wasn’t the case, then I don’t think the vast majority of any one race would vote along party lines.”

Through programs like BEACoN Mentors, Jackson has guided students studying the self-sufficient Black community of Allensworth, California, and the political fallout from a white supremacist rally in Charlottesville in 2017.

She’s also developing a course on African-American activism for Cal Poly. She plans to survey historical movements alongside 2020’s many watershed moments: the pandemic, the election, the economic downturn and anti-racist activism.

Navigating the highs and lows of American history doesn’t leave Jackson jaded. She believes that by better understanding the past, we can interrupt cycles of history and find more inclusive paths to political engagement.

“I seriously think that I’m in this business because, hopefully by just keeping this conversation on the agenda, one of these young people are going to come up with something amazing,” Jackson says. “I have faith.” 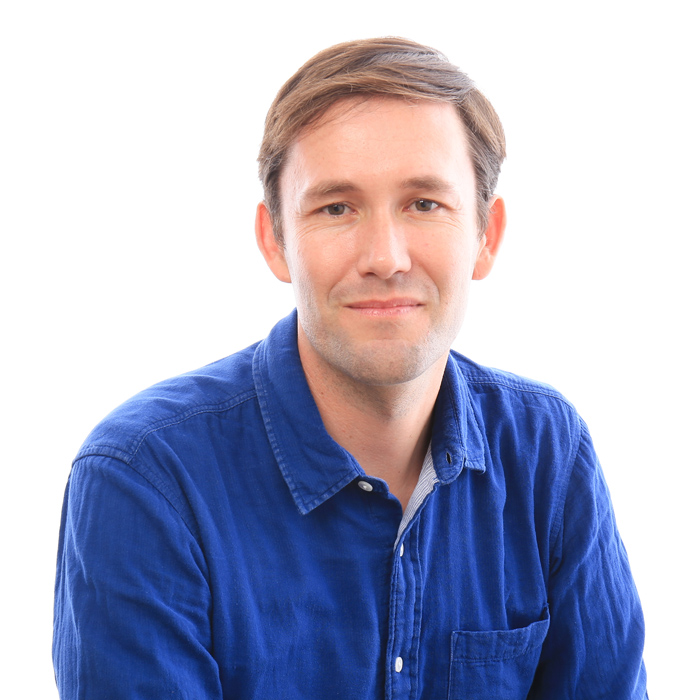 For architecture professor Padma Maitland, how people relate to structures in their everyday lives plays into larger conversations about culture, ethnicity and inclusivity.

Maitland, who teaches an architecture history course and a class called “Imagining the Global South,” believes strongly in questioning preconceived notions about design and rethinking buildings in the context of history — and the future.

Maitland’s research to date has revolved around modern Buddhist art and architecture in India, specifically the roles Buddhist structures have played in Indian culture, society and politics, in addition to their religious function.

For example, in Maitland’s class on the Global South, they discuss how the geographic and architectural contours of “Asia” came to be represented: first in European maps, and then in buildings and histories primarily designed by Europeans. They follow different ways of thought about the region: how colonial practices in places like India led to styles of architecture that conveyed colonial authority and power and, later, postcolonial efforts to define a modern aesthetic for the newly independent nation-state.

After India gained independence in 1947, new capital buildings were designed in an international, modernist style that aimed to reflect the country’s independent entrance into the world and spoke to the drive to imagine a new frontier, Maitland said. Another major design shift came about in the 1950s due to the Dalit movement of Buddhism, which challenged Hinduism and India’s strict caste system, and led to new architectural achievements.

Maitland readily connects these themes from history to the conversations students hear today, including debates over confederate monuments, institutionalized racism and activism.

His years of research and extensive travel throughout Asia have also led Maitland to create After Hope: Videos of Resistance, an exhibition at the Asian Art Museum in San Francisco. With the upheaval of 2020 as the backdrop, the project explores how the complex emotions of hope — and how hope aligns in groups of people around the world — spur imagination in art and activism. Cal Poly students helped create the exhibition’s interactive website.

Back in the classroom, Maitland hopes he can continue to connect underrepresented students to all the possibilities before them, and to let them know that there’s a community of people on campus who are invested in their success and lifting up their voices.

“I think one of the best things that a class can offer is a shift in perspective, a little bit better understanding of all the tendrils that are linked. Associations with a certain form that we take for granted — that’s just how buildings look — actually, that comes with a longer history. If we start to untangle those tendrils, we can understand our own place and the way we have agency to make a difference.”