On New Year’s Day, for the first time in two years, a Cal Poly float rolled down Pasadena’s Colorado Boulevard once again.

The float, adorned with whimsical nursery rhyme animals epitomizing the spirit of Learn by Doing, was the culmination of two years’ worth of work — unheard of for the Cal Poly Rose Float team, which usually picks a new design following each year’s Rose Parade and the announcement of next year’s theme. 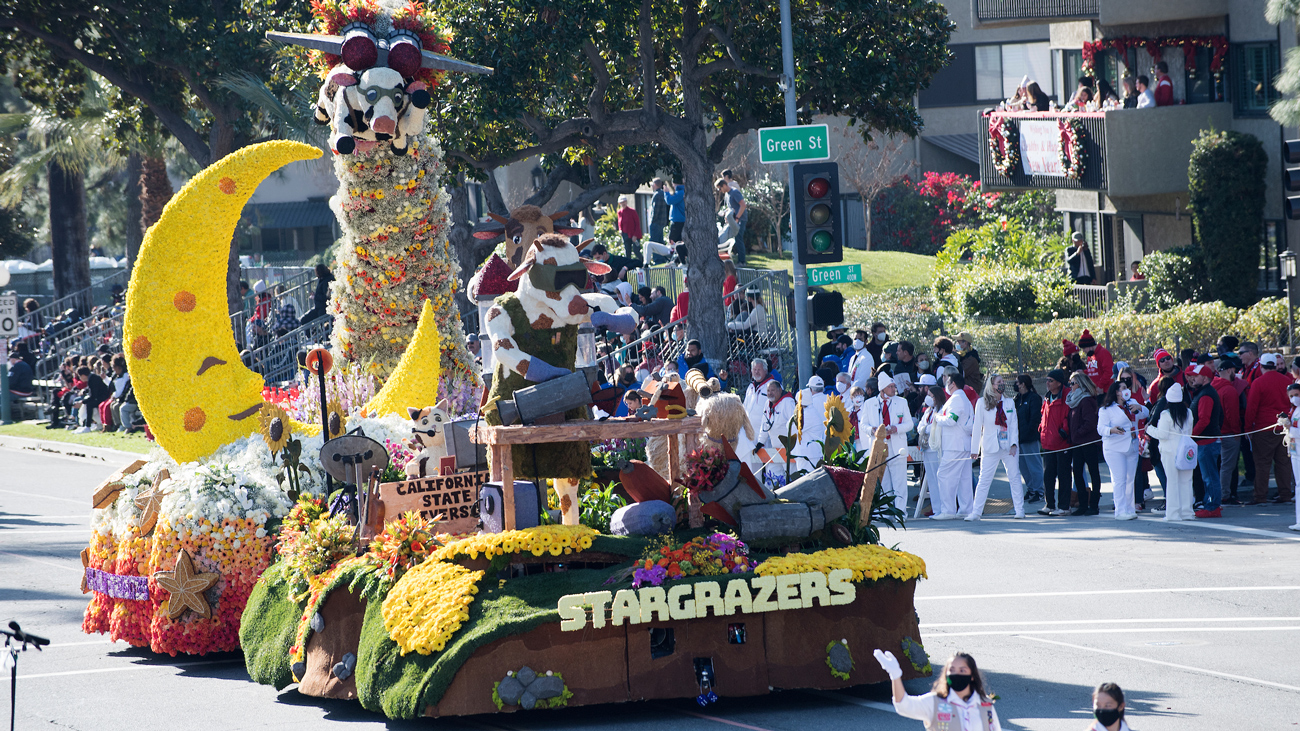 But when the theme was originally picked in January 2020, the team had no idea that a looming pandemic would derail their plans.

When the organizers opted out of holding a 2021 parade due to the pandemic, the Cal Poly team decided to keep the float design that had been approved and adjust as needed for the incoming team.

The unpredictability of the pandemic meant that the San Luis Obispo and Pomona teams had to deal with differing regulations and expectations over the course of 2020, and weren’t really able to get going with work on the float until the spring of 2021. Though the work carried on, the amount of time that passed between the two parades left a knowledge gap.

“We have a lot of people who haven’t experienced the full float here. On the SLO side, maybe three people have seen a float from start to finish,” said Regina Chapuis, a fourth-year computer engineering major and the San Luis Obispo president of Cal Poly’s Rose Float team. “There’s a lot of knowledge I’m hoping to pass on to these people in the future so they can hit the ground running for next year.” 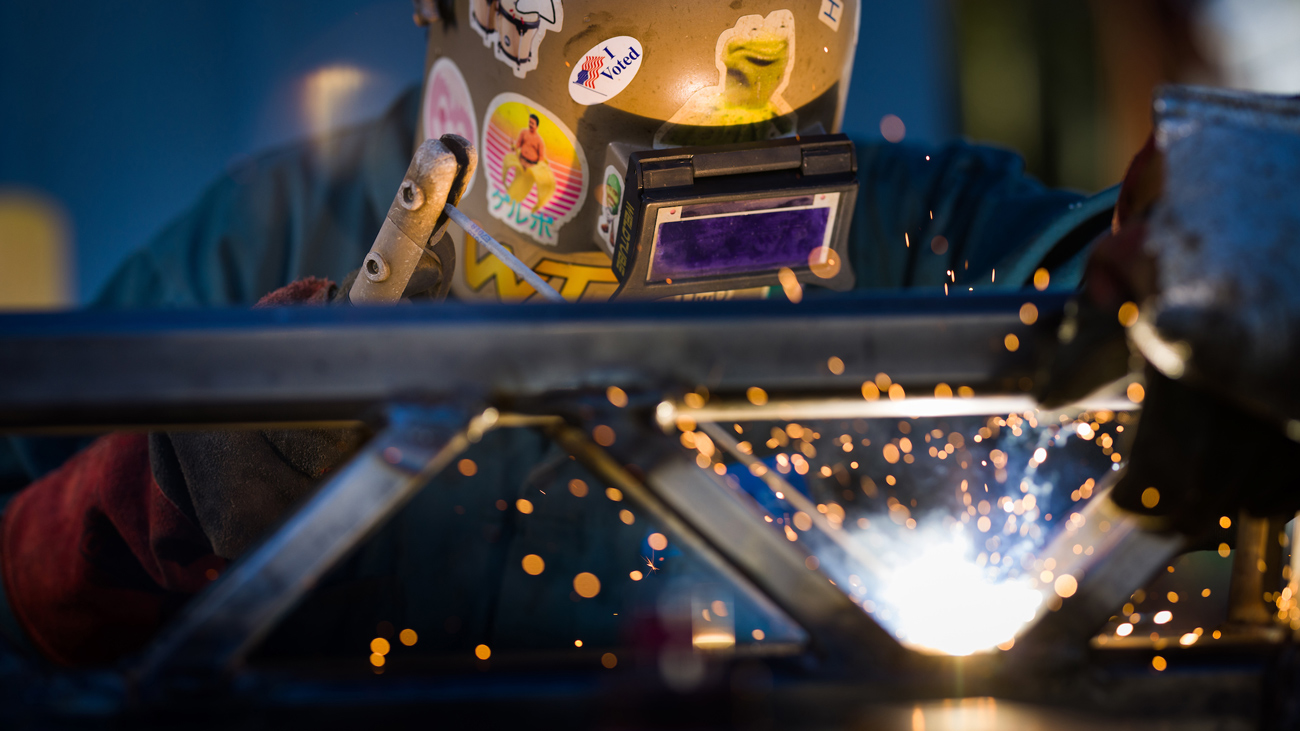 Quinn Akemon, a third-year agricultural and environmental plant sciences student with a concentration in environmental horticulture science, joined the group as a first-year, working their way up from a participant to the assistant decorations chair for the San Luis Obispo side of the team.

“The Rose Float team really relies on information, knowledge and experience being passed down very directly — chair to chair — and relies on the fact those people will be around for some of that overlap, but because we lost a year, there’s a generational knowledge gap that opened that we are recovering from still,” she said. “We’re definitely doing well, brought it together, learned a lot and are lucky to have alumni who are easily accessible.”

Josh D’Acquisto, the SLO team’s advisor, said the team is working to find ways to change their approach, so they never have to start from the ground up again.

“You don’t realize how much of a program, especially a decades-old program, has been passed word-of-mouth until suddenly the word-of-mouth doesn’t pass,” he said. “It’s changed our thinking a little bit.”

Chapuis said they’re thinking about better ways to teach people: writing down where each department should be in the process in October and November and what milestones need to be hit, for example. They’re also printing out steps of the process on posterboard, and recording people while they perform their work. 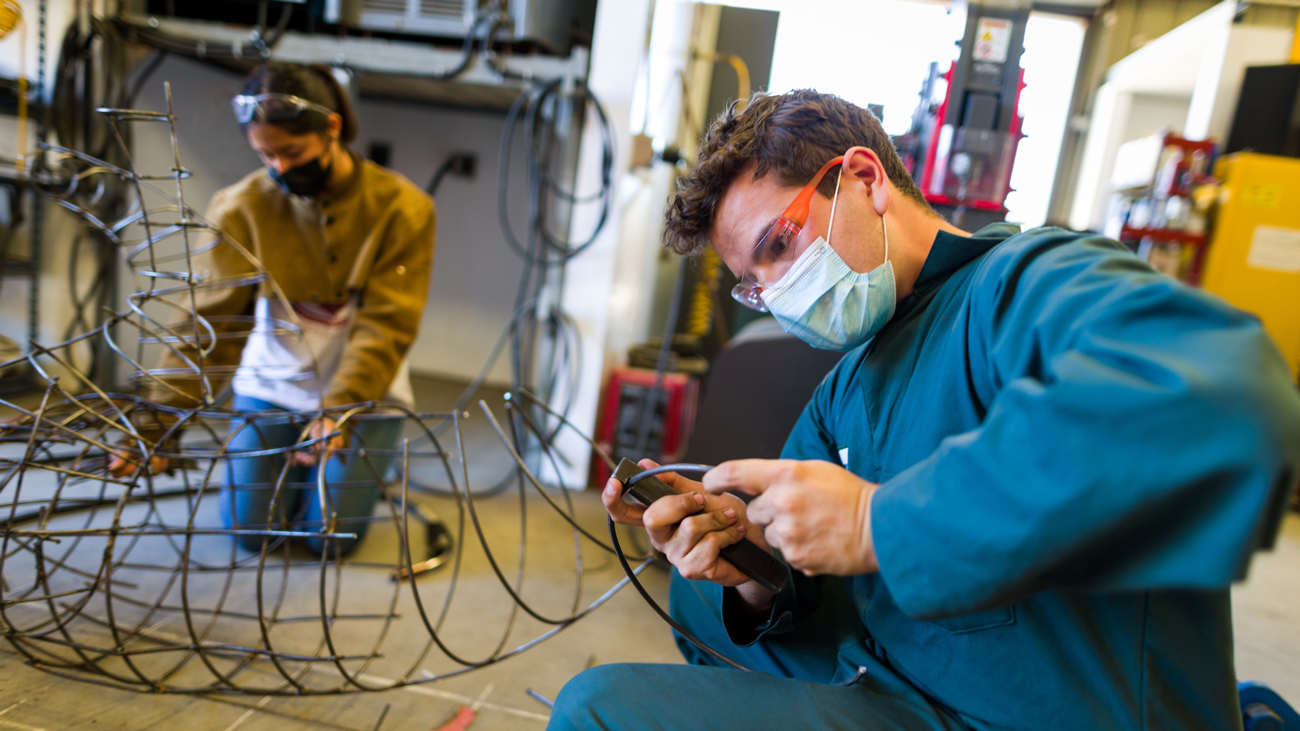 Additionally, D’Acquisto said he and the team’s Pomona advisor have tried to provide more information and context that empowers this year’s student leaders to make their own decisions.

“This is a student-led project — we want it to remain that way and we want them to be the decision-makers, but there’s a gap right now,” he said. “We’re changing the approach as advisors for probably a year or two. We’ll see how next year goes.”

Because of challenges brought on by the pandemic, “morale was not awesome,” heading into 2021, according to Akemon. But a project the team worked on in the spring for the city of San Luis Obispo’s May Flower Initiative helped bring them together and find a rhythm. The project functioned like a mini float process, where the team designed, built and decorated a flower-covered sculpture that featured a butterfly taking flight from a group of flowers. 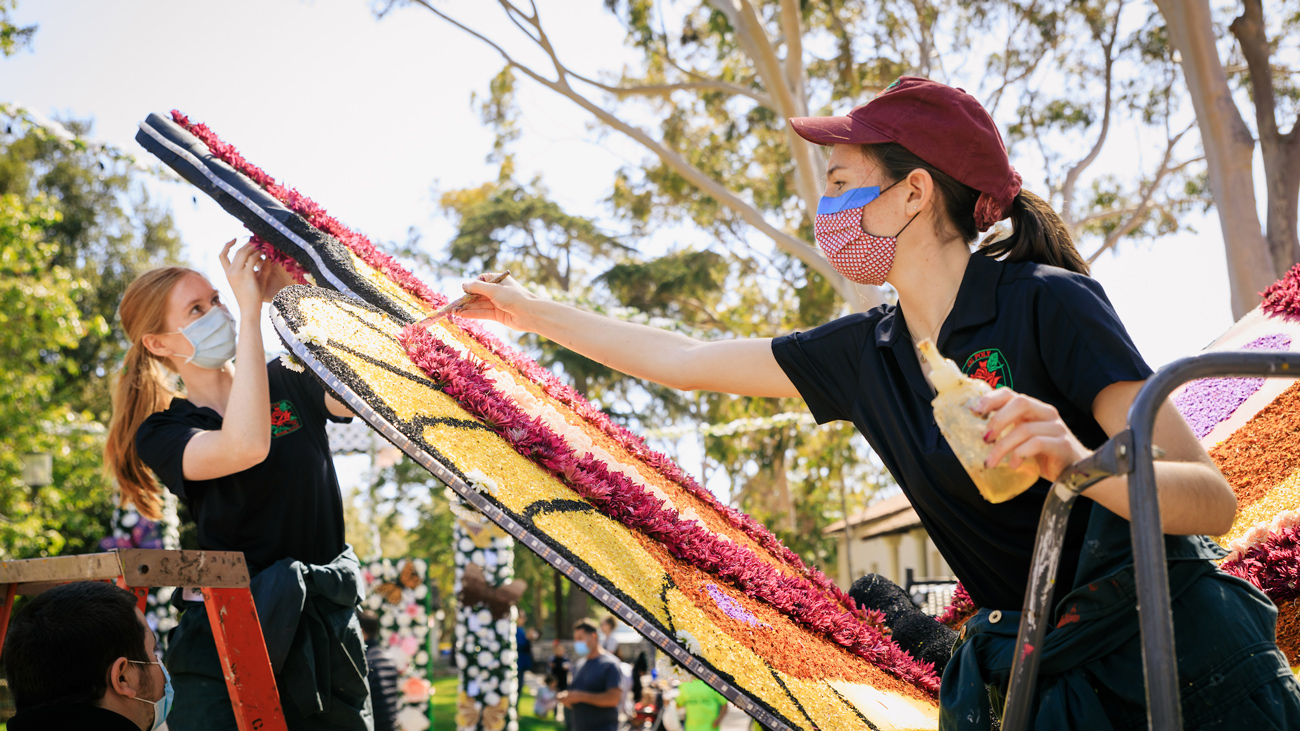 Students with the Cal Poly Rose Float team put the final touches on the “Spring Wings” art installation in San Luis Obispo in May. Photo by Joe Johnston

“We got to condense that float process, do a concept contest and decide what we wanted to do for it. It got our knowledge up and brought morale way up,” they said. “We got a win in a year when we didn’t have a lot of wins, and we used that momentum to propel us into this year.”

One of the highlights of this year has been the elevated level of dedication and commitment, D’Acquisto said.

“It’s a year of ‘Oh yay, we got to do something,’ so they’re invested at a very high level this year, which is cool,” D’Acquisto said. “They’re just so thrilled to get back in action, get back to work and get back to working together in a peer-to-peer relationship.” 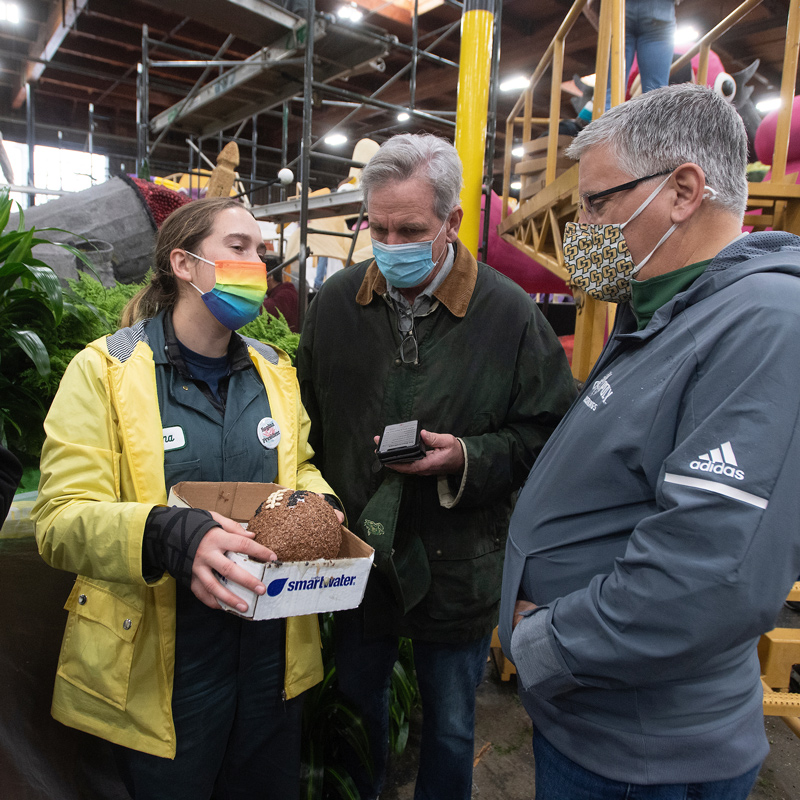 The design of the float was changed and adjusted between January 2020 and December 2021, so both the original teams and the current teams were able to make their mark. Many of the students who graduated came back right after Christmas to help decorate and put finishing touches on the float they started.

“It came full circle and their vision, although changed, they got to see go down Colorado Boulevard — though this group of students also owns this and were able to make it their own,” D’Acquisto said. In addition to a successful parade, the float even won the Animation Award for most outstanding use of animation.

“I’m so proud of our team,” Chapuis said. “They’re handling it wonderfully and we’re learning so much.”