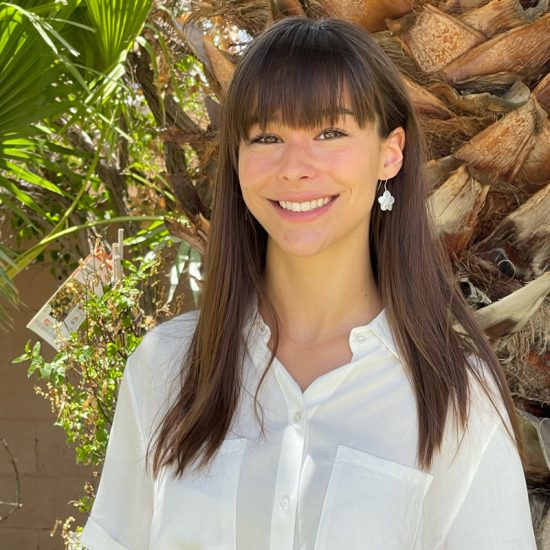 For the last three years, I’ve been involved with the Vertebrate Integrative Physiology (VIP) lab at Cal Poly, learning about the population of elephant seals that spend time at the beaches around San Simeon. Our conservation and data collection efforts have taught me to classify seals by marking, weight, shape and behavior. I’ve also studied the migration patterns that drive the seals to California beaches to have their pups, as well as how their population has changed — and continues to evolve.

Each year, more seals migrate to the breeding beaches in San Simeon. The protection of the area and the warmth of the water relative to their feeding grounds in the north Pacific creates a perfect spot to have pups. San Simeon is the largest mainland breeding site for elephant seals in the world, so the data we collect here has the potential to be the largest accessible sample of breeding elephant seals.

An elephant seal makes his presence known on the beach at the Elephant Seal Vista Point.

Until recently, we’ve conducted population surveys of the seals by hand-counting from nearby bluffs on the beach, which has become more difficult as the population continues to grow. Over three generations of team leads, we discussed using drones for aerial surveys, which would ensure more accurate population counts. Every quarter, we moved a little closer to that goal.

Bryce King, an alumnus of the VIP lab, applied for the Frost Undergraduate Research Program in the summer of 2020 to further work on the drone project. With the help of Professor Heather Liwanag, I took over where he left off, applying for the Frost Program summer of 2021 to receive support and funding to finish the project. This support allowed me to purchase necessary training and equipment for an assembled team of drone pilots who were ready to fly at San Simeon. 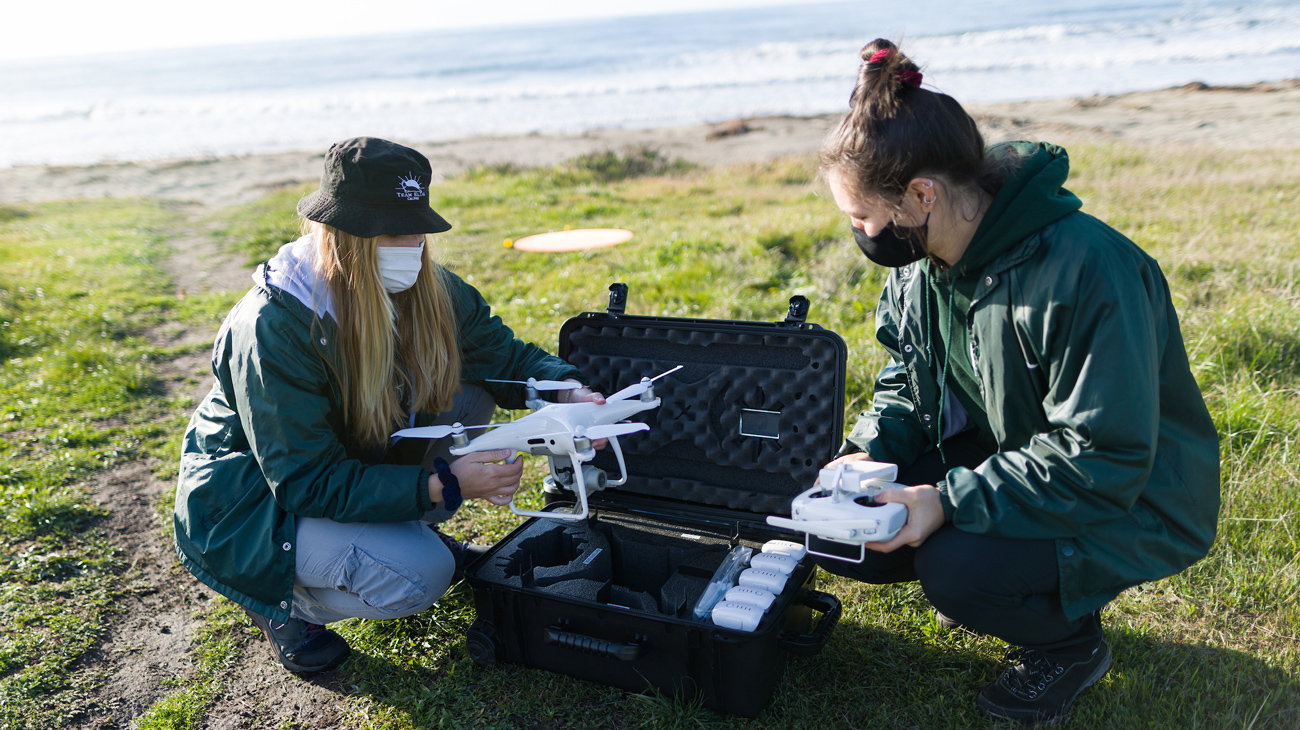 Graduate students Kate Riordan and Molly Murphy prepare a drone for flight at one of the beaches near San Simeon. NMFS permit #22187-02

We had to learn to maneuver the drone over large animals similar in size and weight to an elephant seal, so we began test flights over the Cal Poly beef cattle, which were our proxies. We became the Drone Team, learning from each other in the field and while studying for the FAA’s drone pilot exam.

After test flights were completed, pilot licenses were active, and software was set up, the last step was working to get permitting. As of December 2021, we have completed permitting requirements and are excited to fly at San Simeon beaches consistently!

I am thrilled to see this culmination of generational work finally reach fruition. It taught me how impactful a team of knowledgeable and motivated peers and advisors could be. We are now piloting a drone in San Simeon largely because of the support I had from our project collaborators.

Advancing in this project gave me new ideas about the intersection of technology with ecology work, and has shaped my interest in biotechnology. Adding a drone viewpoint to conservation efforts will open new avenues for future researchers to study the population and allowed me to learn more about tech through the lens of conservation.

Lead photo: Graduate students Kate Riordan and Molly Murphy pilot a drone at one of the beaches near San Simeon. NMFS permit #22187-02