Eugene Wallock (Aeronautical Engineering, ’57) recently celebrated his 60th wedding anniversary. He retired from Boeing in 1996 and moved to Oklahoma in 1998.

Randal Prout (Mechanical Engineering, ’83) has been fortunate to spend the past 23 years in Silicon Valley running a search firm focused on building a number of very successful startup companies. He has learned a great deal about what it takes to make startups successful and is now giving back by mentoring promising young companies growing out of Cal Poly’s Center for Innovation and Entrepreneurship. Prout is proud to have his oldest son graduate this spring from Cal Poly with a B.S. in industrial technology.

Daniel Ho (Computer Engineering, ‘08) and Lara (Belden) Ho (Psychology, ‘06) are expecting their first child this summer. Their next trip to San Luis Obispo will involve picking up a Cal Poly onesie for baby. Daniel led the iOS team at GoFundMe to release their first native iPhone app earlier this quarter. His Learn by Doing attitude helped him develop a high-quality app from scratch using the latest mobile technologies on iOS on a tight schedule, delivering a product that will help people raise money for causes all over the world. 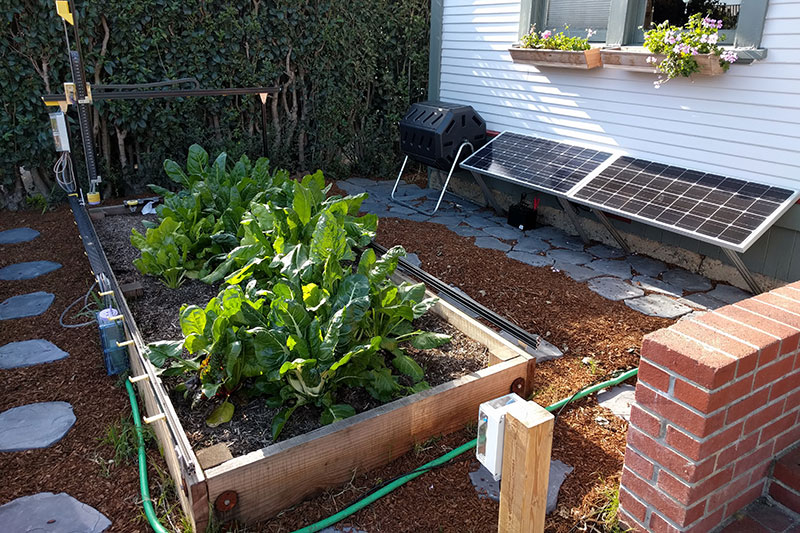 Rory Aronson (Mechanical Engineering, ’13) stayed in San Luis Obispo after graduation to pursue a project idea. FarmBot is the world’s first open-source computer numerical control farming machine designed for at-home automated precision farming. It works like a giant 3D printer, but instead of extruding plastic, FarmBot plants seeds, waters them, and uses sensors to learn about the soil, plants, and environment in order to farm smarter. Aronson launched his business on July 1, 2016, and put his first product up for sale. FarmBot Genesis is a DIY kit for a 1.5-meter by 3-meter growing area.

Cody Hunter (Computer Engineering, ’14) is a singer-songwriter trying to make waves in the Seattle music scene. He released his first solo album in November 2015, titled “Surge of Confidence,” and another album is on the way this year. Hunter says he can attribute everything he knows about music to the people he met at Cal Poly and one quarter of Music Theory 101.