Thanks for all your feedback on the spring/summer issue! Here are a few thoughtful comments and helpful corrections we received, as well as an important perspective on what alumni success really looks like.

Just received the Spring/Summer 2016 Cal Poly Magazine. In “A Century of Student Journalism” on page 26 the second paragraph includes: “… and type was still set by Teletype machines.” I believe that should be Linotype machines, which cast lead slugs with lines of type or “lines-o’-type.” They may have also had Teletype machines for receiving news and communicating — you often see these in old movies with somebody breathlessly tearing off some urgent story from the wires. I’ve included some photos to illustrate the difference! 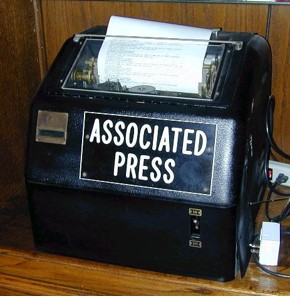 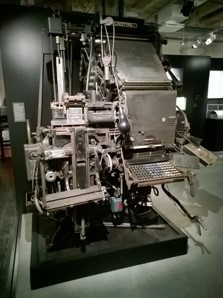 Just received my copy of the magazine and always enjoy sharing it especially with my dad, who is a main benefactor of my daughter’s attendance at Cal Poly. Yesterday was his 85th birthday, and his granddaughter called to give her special present: “Hey Papa, I made Dean’s List!” He gently wiped his eyes and said, “We’re so happy and proud of you.” I am so proud to say Cal Poly has changed her life and ours!

As a very proud Cal Poly alumna and theatre arts grad (’02), I was delighted to see the feature on Clint Bryson in the latest edition of Cal Poly magazine. People are constantly amazed when I tell them that I studied theatre at Cal Poly, so pieces like this one are great for helping to spread the word that Cal Poly is an amazing liberal arts university as well. These days, I coordinate visual and performing arts programs for the Tulare County Office of Education. Thank you for the magazine and the work that you do.

I loved Cal Poly, especially because at the time I was there, it was small and very personal. I was very much into the Learn by Doing slogan, and for the most part, my instructors were fantastic. I was pretty normal, just a “regular student.”

I graduated, married immediately, went into industry. Did a fifth year at a local college and became a teacher. I taught math for 38 years, with 30 of those in the same high school. I touched thousands of student’s lives and did a lot in my department and for the school.

Yet I wouldn’t write of my “accomplishments” to your magazine. Why? Because I cannot compare myself to the people who do write to you. I didn’t create a huge successful and independent company; I didn’t make millions creating a new industry or invention; I was never president of a corporation or a CEO; I’ve never flown around the world to further my education, to sign a deal, to help underdeveloped countries save themselves.

Was I a success? Yes, of course. I loved being a wife, a mother, a teacher, a mentor and now being retired with a man I have been in love with for 57 years. I garden, read, do crafts, exercise — but I’m not a volunteer, saving the world. You know, I wouldn’t change a thing at all. I know I did the best I could with my students, and I was a darn good math teacher.

Those who do write to you intimidate me. I love hearing about them, as do all of us who have graduated, but I certainly cannot compete with their accomplishments, therefore I don’t write.

I wonder how many of us are out here … not wanting to compete in a magazine with those who you write about? Just wondering.

Send your letters to [email protected]