For many casual observers, the relationship between faith and science is a tense one at best, and an outright hostile one at worst. For Cal Poly physics Professor Stamatis Vokos, the two concepts are complementary and essential parts of the whole human experience.

This spring, Vokos engaged both sides when he volunteered with the organization Science for Monks and Nuns.

The nonprofit launched in 2001 at the request of the Dalai Lama, aimed at establishing a firm grounding in science for Tibetan Buddhist monastic communities. In March, Vokos spent eight days at the Rangjung Monastery in Trishigan, Bhutan, teaching a workshop designed to introduce the monks to concepts of basic physics and explanations of how the natural world works. 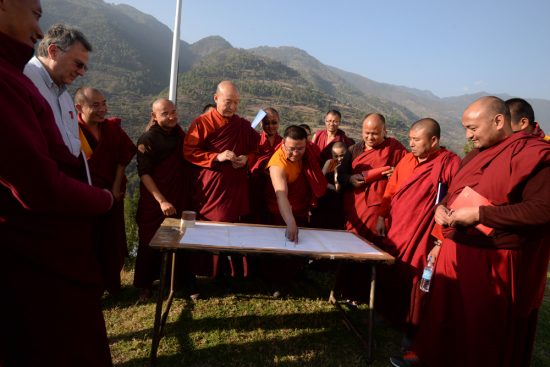 It was Vokos’ fourth time teaching in these workshops. He recalls his introduction to the project, when he and several of his fellow workshop leaders had a chance to meet with the Dalai Lama himself.

“We went into the meeting and when he came in, and we all fell silent,” says Vokos. “In the awkward silence, the Dalai Lama said something absolutely remarkable. He said, in his gravelly voice, ‘The Lord Buddha has said a lot about how the world works. We would like you to tell us which of those things are wrong.’”

The program is a sort of cultural exchange. For the monks who attend the workshops, an understanding of scientific inquiry is the key to survival for a community in exile due to the Chinese occupation of their homeland. “There are generations of Tibetan Buddhist kids who have grown up a long distance away from Tibet,” says Vokos. “For the Dalai Lama, part of the big question is, rather than have Tibetan kids leave their culture and go to the West for their education, why don’t we bring, in his words, “the best the West has to offer,” which is science, to our own communities?”

For Vokos, the exchange yields several important perspectives that he can bring to his own classrooms back home.

He recalls one workshop session in which he began by recapping the previous day’s lesson: observations on how light interacts with other objects to create shadows, refraction and diffusion.

Rhetorically, he asked the room full of monks whether they could all agree on the summary of their findings, that in order to see something, it must either emit light or interact with light from another source.

He wasn’t prepared for the frantic, vigorous discussion that followed — without him. His translator got involved as well, refusing to explain what the monks were saying in the heat of discussion. 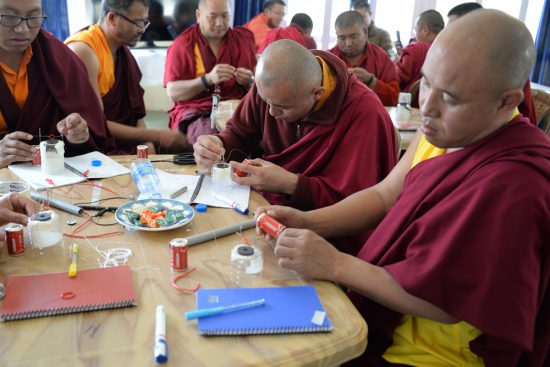 Finally, they seemed to come to a consensus and the translator caught Vokos up. “He said, ‘We decided that the conditions we determined were true for almost all things except one: darkness. In order to see darkness, you do not need light to fall,’” says Vokos. “That was something I had never heard. There are deep commitments about the nature of light and the nature of darkness that are connected to Buddhist spiritual practice that tend to make them think of darkness as a presence rather than an absence. That was something that I was blind to until I experienced it.”

It’s an important consideration for an educator working to teach students from backgrounds that may be very different from traditional Western college students. 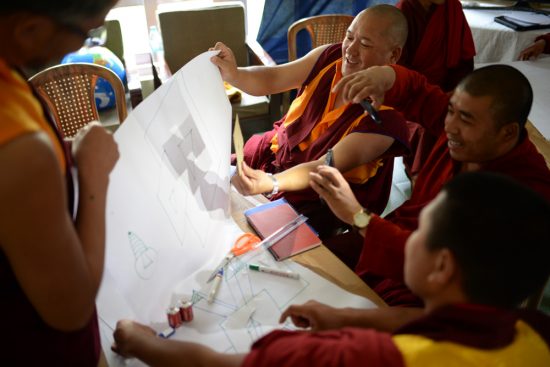 The second lesson Vokos learned working with monks came from their approach to why they were trying to learn: not just intellectual curiosity or a desire for self-improvement, but a deep sense of moral responsibility.

When he sees his students, whether Buddhist monks in Bhutan trying to preserve their cultural identity or undergrads at Cal Poly, he has begun to recognize more than ever that educating the individual starts an important chain reaction that extends benefits to a wider circle.

“The Lord Buddha has said a lot about how the world works. We would like you to tell us which of those things are wrong.”

“I think we would be better served to think of the moral reasons why we teach, because we want our students to inherit all that our culture has built before,” he says. “Education is not just for them as individuals. It’s not just for getting good jobs. It’s not just to make them good citizens. It’s the mechanism by which we can make our communities thrive.”

The experience is more than just an interesting service opportunity for Vokos — it also dovetails with his long-held research and teaching interests. At the previous university where he worked, he co-taught a course on the relationship between science and religion, and his work with Science for Monks and Nuns has given him an opportunity to continue to reflect on that relationship. 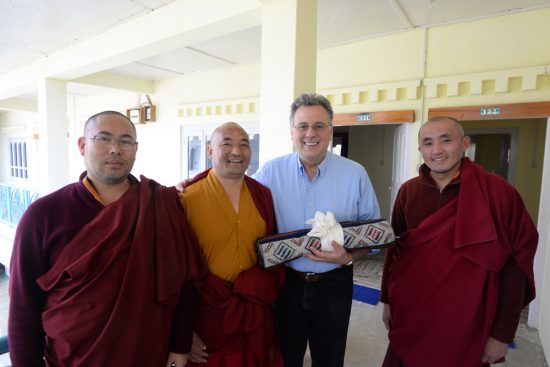 It’s an imperfect dichotomy, he says. “The term ‘unscientific’ has connotations that something is bogus. But think about major decisions that a human being makes: Should I take this job? Is this a good time to have kids? Should I marry this person? Should I go to this school? Who should I vote for? Those big questions would all benefit from more rationality. But none of those are purely rational decisions because they are intertwined with our sense of values, meaning, purpose. Those kinds of things cannot be reduced to scientific propositions.”

“A scientific stance can help you better approach some of those questions, while at the same time, questions of meaning and purpose can help drive the kind of science that you do,” he says. “There is opportunity for productive, highly non-trivial interaction between the scientific and the spiritual if both sides approach each other with humility.”

Three Ways to Spend a Summer