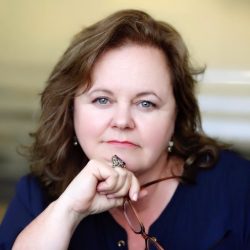 I was at the dry cleaners the other day, picking up shirts and grabbing for a credit card, when my press pass slipped out of my wallet. “Are you the fake news?” asked the gentleman standing next to me at the counter. It’s not the first time someone has asked me that since the presidential election of 2016. But each time I need to gauge their intent: are they serious or sarcastic?

I looked up. He wasn’t smiling.

Journalists have always ranked near the bottom when it comes to lists of respected professionals — journalists, lawyers and lobbyists. But ever since Donald Trump was elected president and began calling the press “the enemy of the people,” the assault on any media organization that isn’t flattering to Trump has been relentless and extreme.

It’s not only the media that’s under attack, but a fundamental value that’s supposed to bind us: the truth.

It comes at an especially vulnerable time for newspapers in particular. Although the New York Times and Washington Post seem to have “cracked the code” on being profitable, most regional newspapers, including the Mercury News where I have worked for nearly 20 years, are struggling.

As readers have moved away from the printed paper, newspaper advertising revenue has plummeted. Digital ads don’t come close to making up the difference. Local stories that readers used to absorb in the paper over a morning cup of coffee are often overlooked online. Layoffs and buyouts have been rampant.

The cuts have been so deep at my paper, owned no longer by a local family but by a New York hedge fund, that we don’t have a designated education writer anymore and our City Hall reporter must now cover the whole of San Jose. Over the past 15 years, our newsroom staff has dwindled from more than 400 to about 60.

The effects are discouraging and profound. During a recent local election, for instance, when I was trying to gauge public opinion on a local ballot measure, I found barely a soul who had heard about the issue, much less had an opinion about it. It was deflating as a journalist and a citizen — and wouldn’t have happened to this extent 20 years ago.

If no one believes what they read — or more precisely, only believe what they want to believe — democracy suffers.

As a journalism major at Cal Poly in the 1980s, the late, great Professor Jim Hayes taught us the importance of accuracy. If we misspelled someone’s name in a story, he would give us “an automatic F.”

Even a simple mistake damages credibility — and that’s difficult to restore.

As we’re seeing on the national level, through court documents, recordings and confessions, so-called “fake news” is turning out to be true. But if no one believes what they read — or more precisely, only believe what they want to believe — democracy suffers.

It doesn’t help when Orwellian lines are uttered from the top: “Just remember,” Trump told veterans in July, “what you are seeing and what you are reading is not what’s happening.”

The assault on the press has been largely focused on the national media. Regional newspapers, however, still generally garner more respect from their communities.

Nearly two years ago, when I covered the fire that consumed the Ghost Ship warehouse in Oakland, killing three dozen young people at a dance party there, the community let us know in hundreds of emails and phone calls the importance of our coverage.

Along with my colleagues at our sister paper, the East Bay Times, we not only wrote tragic stories of the lives lost, we held the powerful accountable: the city officials who repeatedly failed to inspect the building despite numerous complaints.

“This was no natural disaster, no earthquake, no terrorist shooting,” I wrote in an in-depth narrative that week. “This disaster was avoidable; 36 people were victims not just of the smoke and fire, but of recklessness, bureaucracy and indifference.”

Our efforts won us the 2017 Pulitzer Prize.

Not long after that fire, something surprising happened. It started with a normal exchange on a city sidewalk: someone asking me to sign a local petition. I demurred, as I always do. When he kept pressing me, I explained that I was a journalist and couldn’t take sides or give the perception of bias.

A woman walking by must have heard me. She stopped, took my hand, and said, “Thank you. Thank you for all you do.”

It almost made me cry. During these challenging times for the Fourth Estate, it gave me hope.

Julia Prodis Sulek, a 1986 Cal Poly journalism graduate, worked for The Associated Press around the country before joining her hometown paper, the Mercury News, as an enterprise reporter. Along with winning the 2017 Pulitzer Prize with her colleagues, she was a previous Pulitzer finalist in feature writing. This year, she won a national award from the Society of Professional Journalists for “Hanging,” a 6-part narrative series and podcast about a local cold case. Her son, Daniel, will be a Cal Poly freshman in the Orfalea College of Business this fall. The opinions expressed in this piece are the views of the author.