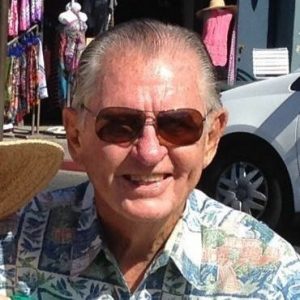 Jack Rector (Graphic Communication ’58) finished an exciting 32-year career spanning from letterpress printing to computer technology in the aerospace industry. He says he has worked with all the companies in leading us into today’s technologies.

Karen Robertson (Education ’64) has returned to Murrieta Valley Unified School District to teach “Oral Presentation Through Comedy” to fifth grade students after 15 years of retirement. She leads the Karen Robertson Historic Downtown Murrieta Walking Fellowship Tour. It’s free, but when guests insist on tipping, all proceeds go to Rady Children’s Hospital to a fund for pediatric brain tumor research, as her grandson was treated for brain cancer there when he was just 4 years old. Learn more about out at www.BRICK-BrainResearchInCancerKids.org. Karen is a writer, speaker and standup comic. 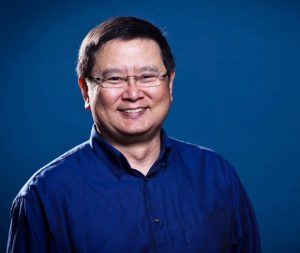 Paul Tokunaga (Journalism ’73) recently formed MELD (Multi-Ethnic Leadership Development), a firm devoted to accelerating leadership development through multi-ethnic coaching and training. He is applying the best of what he’s developed over the past 35 years within the non-profit sector to the for-profit and educational arenas.

Richard Papel (Social Sciences ’80) is just passing his 20-year anniversary working as a technical instructor at SAS Institute. As his dream job, Papel met thousands of people from across the U.S. and around the world, making each new class an opportunity for making new friends and teaching valuable skills. After graduating from Cal Poly, Papel completed masters degrees at UCLA’s School of Architecture and Urban Planning and  biostatistics at UC Berkeley. 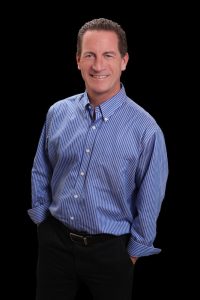 Ben Beesley (Sociology ’86) moved back home to Carmel, Calif., and started a real estate career with Keller Williams after leaving Cal Poly as the director of alumni relations in 2001. He helped start the Monterey Pacific Rotary, was Leukemia & Lymphoma’s Man of the Year in 2012, emceed the Carmel Relay for Life, was Union Banks and KSBW’s 2012 Business Professional of the Year, and now is the chair of the board of the Carmel Chamber of Commerce. 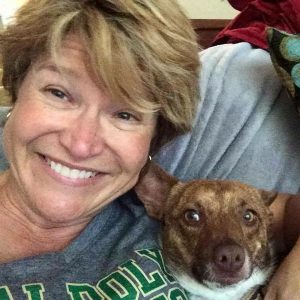 Donna Taylor (Journalism ’90) has joined KP’s Health Plan Regulatory Services as a regulatory consultant after 18 years with Kaiser Permanente’s marketing department, where she managed the member e-newsletter and other projects. In her new role in Oakland, she helps manage KP’s provider delivery system filings to the California Department of Managed Health Care. In her spare time, she loves skiing, hiking, wine tasting, and hanging out with her 3-year-old terrier mix, Calvin. Taylor was thrilled to attend Cal Poly’s 100th anniversary of journalism in October. 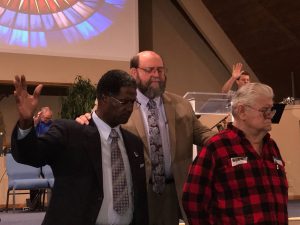 Julia Bricklin (Journalism ’92) has published her first book, “America’s Best Female Sharpshooter: The Rise and Fall of Lillian Frances Smith.” The book was published by University of Oklahoma Press in April. 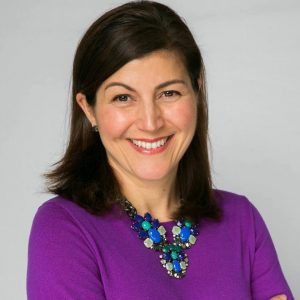 Carolyn Nielsen (Journalism ’94) an associate professor of journalism at Western Washington University, earned her Ph.D. in communication from the University of Washington in June 2017. 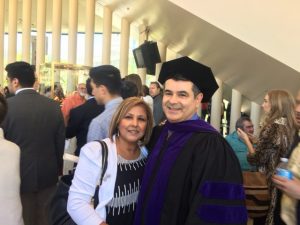 Robert Garcia (Political Science ’94) has just finished an L.L.M. degree in estate planning, trust and probate law from Golden Gate University. His law degree was from UCLA. He says that Cal Poly was a great spring board to further his education.

Kristie Halsey Holmes (Social Science ’97) has survived a postpartum spontaneous coronary aortic dissection or SCAD attack, sometimes known as a “healthy woman’s heart attack.” The condition has been getting a lot of news coverage lately. Holmes was in ICU and critical care for 55 days.

Erica Jameson (History ‘99) is currently teaching history at the College of the Siskiyous in Weed, Calif. as an adjunct professor. She also owns and operates Jameson Ranch Camp, a summer camp for children, in the southern Sierras. She has been featured on two podcasts, “Sunshine Parenting” and “You Got Jobbed” during the last year, talking about camp’s effect on children. She and her family live in Ashland, Ore. during the year. 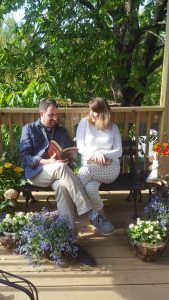 Clayton Whitt (Social Sciences ’04) completed his Ph.D. in sociocultural anthropology at the University of British Columbia, Vancouver, in May 2017. His dissertation, “Atmospheric Politics: Negotiating Climate Change in the Bolivian Highlands,” discusses the experiences of Bolivian farmers and herders in an agricultural village as they encounter and manage climate change and other environmental problems.

Timothy Smith (History ’04) has just received his Ph.D. in History from the University of Nevada, Reno. His dissertation is entitled “Redefining the Collegiate Way: The Rise of State Colleges and the Expanding Conception of the College Experience, 1890-1930.” 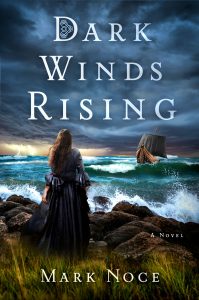 Mark Noce (English ’07) is coming out with his second novel, published by St. Martin’s Press, December 5, 2017. Dark Winds Rising is the historical fiction sequel to his first novel Between Two Fires. Learn more at marknoce.com. 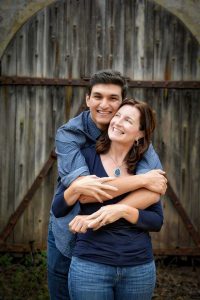 Pam Gildersleeve-Hernandez (M.A. Education Leadership and Administration ’08) is proud to welcome her son Michael Hernandez to the Mustang Family as a part of the Class of 2021. Joseph Corral (Journalism ’13) took a leap and moved to Hollywood for an internship at Entertainment Tonight. After two months, he was hired and is now an associate producer on the show where he recently interviewed Clint Eastwood and met Shania Twain. This year he is hoping to be nominated for his first Emmy. From his college job of serving you food at Vista Grande Cafe and Sage Restaurant, to now attending the Academy Awards for work, it certainly has been a whirlwind the last four years.

Matlyn Peracca (Music ’13) has flourished since graduating cum laude from Cal Poly’s music program in 2013. She has embarked on several teaching endeavors in the Bay Area, and currently resides in Hayward, Calif., where she teaches more than thirty piano students weekly. Upon first moving to the bay, Peracca landed a highly competitive position as a ballroom dance instructor at Arthur Murray, and competed professionally in San Francisco in March 2015. She is currently finishing her master’s thesis on thematic manipulation in Alban Berg’s atonal opera, Wozzeck, and is looking forward to celebrating graduation soon. She would like to thank all of her music professors at Cal Poly, who not only inspired her professionally, but also helped her develop her passions and emotional maturity. 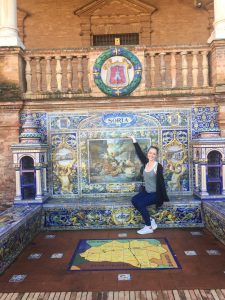 Riley Wenger (Psychology ’16) has been teaching English to primary students in Soria, Spain. Since moving abroad in October, he has been able to travel through many countries including Spain, France, Monaco, Bulgaria, Greece, Italy, Ireland, Portugal and Morocco. Wegner will continue to teach English in Spain next year, this time in the southern region called Andalucía. This summer he will be working with a camp in Southeast Asia dedicated to educating young people about the importance of education, sustainability and philanthropy. He will also engage in volunteer work and will be traveling to Thailand, Laos, Cambodia and Vietnam.