The Hangar – Where Learn by Doing Comes Alive

On a hill at the northern edge of campus sits a dank, poorly lit building that somehow inspires students to greatness; a place where dreams can come true.

The Hangar. The imposing structure measures 100 feet by 120 feet and stands about 50 feet high. Inside, the chilly 8,500-square-foot shop bustles with students working on mills, lathes, routers and welders. It’s a place where ideas come to life – where students create award-winning prototypes of human-powered vehicles, super-mileage cars, electric and fuel-powered cars, and unmanned drones.

“It’s a prototype shop, not a teaching shop,” said shop manager George Leone. It was built, along with an airstrip, in the early ’50s to serve Cal Poly’s aerodynamics program. In the mid-‘80s, the College of Engineering transformed it into the multidisciplinary project shop it is today.

“I spent innumerable hours in the Hangar as a student,” said alumnus Eric Pulse (Mechanical Engineering ’05), who now teaches in the Industrial and Manufacturing Engineering Department and manages the Mustang ’60 Shop, a similar but smaller facility in the Bonderson Projects Center. “I am certain that what I learned there regarding the application of my mechanical engineering education could not have been achieved anywhere else.”

Both shops are open to all majors, not just engineering students. And both shops are usually filled to capacity with eager students waiting to get in. On Saturdays, the Hanger is a virtual hub of activity. It opens at 9 a.m.; however, students line up as early as 6:30. “We can accommodate 50 students in the machine shop and another 50 in the open area where students work on club, team, class and senior projects,” Leone said.

Once inside, students often develop some intriguing items. Andrew Ouellet (Mechanical Engineering, ‘11) invented an anti-lock braking system that prevents a bicycle rider from flying over the handlebars when attempting to stop fast.

Back in the ‘60s, renowned aerospace engineer and designer Burt Rutan (Aeronautical Engineering, ’65) built his first airplane in the cavernous Hangar. Rutan has since gone on to set aviation records and transform the aerospace industry.

Under Leone’s tutelage, thousands of students have experienced Learn by Doing. He has overseen tremendous expansion during his 15 years as shop manager. When he started, he supervised five student technicians. Today more than 40 are employed, including about a dozen women. “The student technicians are here for two reasons,” Leone said, “To keep students safe while they use hand and machine tools and to provide a welcoming environment to students of all abilities.”

All student users must earn certification by passing a safety test and completing a small project under supervision. Leone is rightfully proud of the shop’s safety record. Not one catastrophic accident has occurred under his watch.

“Last year there were 11,000 student clock-ins, logging more than 36,000 hours of shop time. We’re very proud of our culture of safety,” Leone said.

The Hangar is slated to be destroyed as part of the campus master plan, but not before a new facility is available, Leone said. With donor support, the university plans to replace the Hangar with a modern, multidisciplinary Learn by Doing building with facilities to support student projects, student clubs, and student-faculty applied research. The new shop will preserve the Hangar’s spirit of innovation for future generations, ensuring students continue to have a place where their ideas come to fruition. 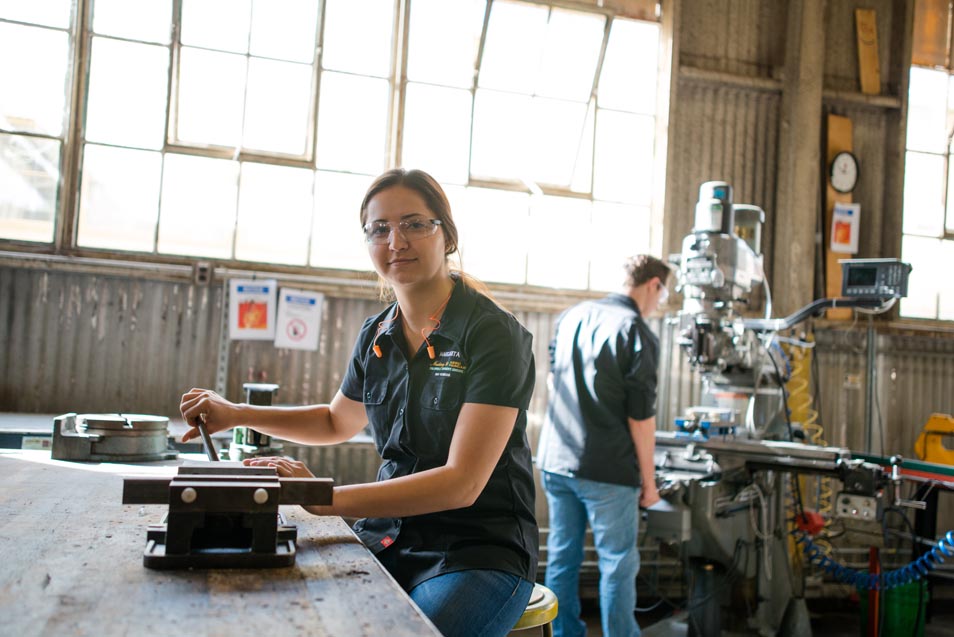 Cal Poly’s Aero Hangar workshop is staffed by a team of student technicians who serve as resident experts on the shop’s equipment and manufacturing techniques. 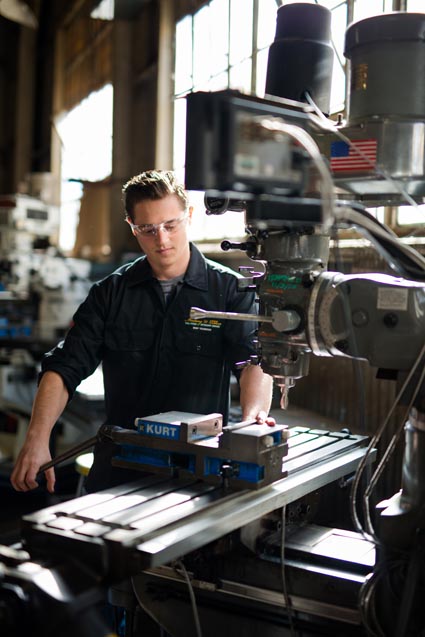 David Baker, a shop tech and fourth year mechanical engineering student, got involved with the Hangar through his work as a member of PolySat, the student club that develops, builds and operates small satellites. 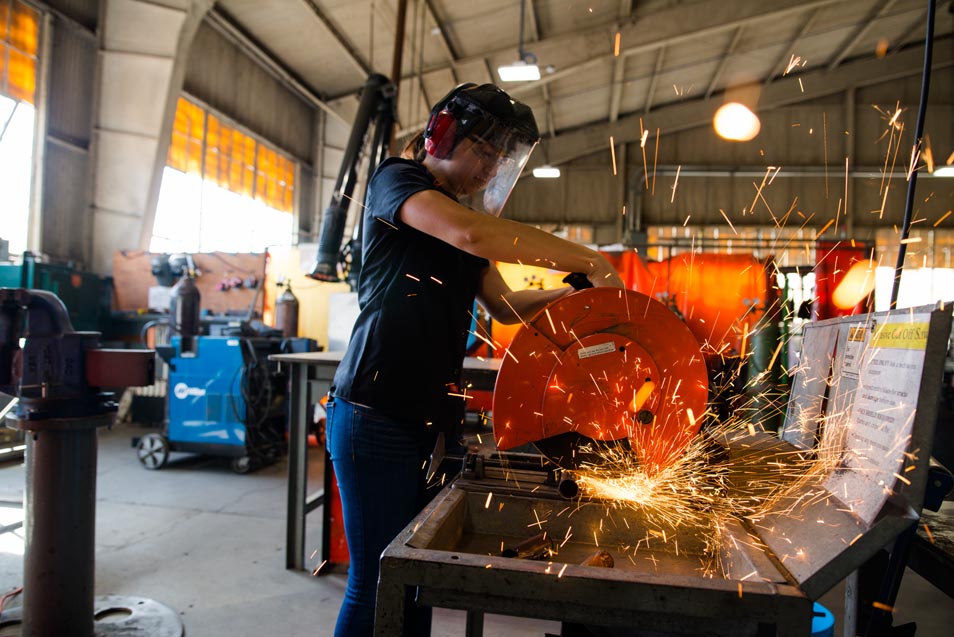