Wally Kammer (Electrical Engineering ‘58) completed 57 years as an electrical engineer.  He is now retired and enjoying life as a consultant.

Gotthard Janson (Mechanical Engineering ‘64) had a long career in the Air Force working on space projects and went on to work with NASA on the development and maintenance of software on the International Space Station. He worked on the space shuttle’s design and development and now looks forward to the potential of new possibilities for space projects.

George Cattey (Mechanical Engineering ‘65) and his wife, Linda, cruised to the Panama Canal during the month of March.

John Cocca (HVAC Engineering ‘66) retired in 2011 from Irex Corp. as manager of sales and business development.

Louis Williams (Electronic Engineering ‘71) is fully retired after a career in marketing in the tech industry. 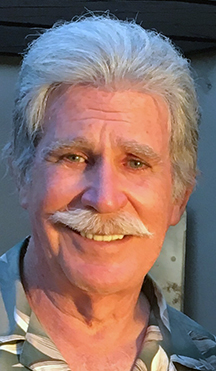 Tom Bauman (Metallurgical Engineering ‘74) retired in 2007 as dean of technology at Valley College in San Bernardino and moved to Mexico where he built an ocean-view home near La Bufadora. He now builds houses for the poor and travels around the world. His Fifth grandchild is expected in June. 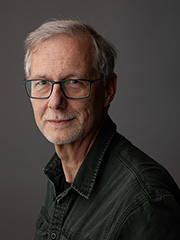 Michael Burz (Aeronautical Engineering ‘74) is the president and founder of a startup developing a new type of zinc battery. He was published in Science Magazine in April 2017 and received an exclusive license from the U.S. Navy to commercialize the battery for all types of electric vehicles and distributed- and micro-grids.

Henry Chang  (Architectural Engineering ‘74) works for STRUCTUS, the structural consulting practice he founded 30 years ago in San Francisco, on an as-needed basis, having implemented the business succession and transfer plan at the end of 2017.

Gregory Kadorian (Electrical Engineering ‘75) recently retired as director of audio and video engineering from Walt Disney Imagineering after 37 years. His job involved design as well as interface with many other disciplines, such as architects, electrical engineers, structural engineers and mechanical engineers. The hands-on, practical knowledge of engineering and electronics he received at Cal Poly allowed him to succeed based on a solid understanding of the fundamentals.

Thomas Robertson (Engineering Technology ‘76) went from being a program manager on the space program, to director of facilities and manufacturing engineering, to owning his own consulting firm. 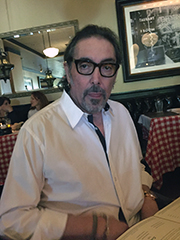 Louis Garcia (Electronics Engineering ‘80) retired after working for Motorola Government Electronics in Ariz., growing a startup from the ground up to over 250 engineers and working at General Dynamics as a senior systems engineer.

Karl Hart (Aeronautical and Mechanical Engineering ‘83) retired from the Air Force in 2002 after 20 years as an aeronautical engineer. For the past 15 years, he has been a principal mechanical engineer at Alion Science and Technology where he conducts analysis for new Air Force weapon systems.

Donald Erickson (Industrial Engineering ‘84) worked on the space shuttle re-start and oversaw construction of F/A-18 airplanes. He now directs rocket and missile launches at Vandenberg Air Force Base and writes about craft breweries in Central California for Celebrator Beer News. On the side, he is also a safety worker at Formula 1 races in Montreal and Texas. 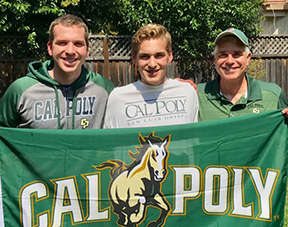 Sheldon Gen (Civil Engineering ‘90) is planning to travel with his family through Denmark for a month this summer while also teaching a course at Aarhus University. He is looking forward to learning about how to bring more “hygge” into his life. 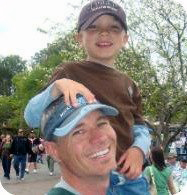 Brendan Kelso (Materials Engineering ‘94) recently published his 18th book in the Shakespeare for Kids series. He has sold more than 26,000 books. David Straight (Electrical Engineering ‘98) works for himself at DBA DAS Engineering. He considers himself “an artist trapped in an engineer’s body” and loves to play the guitar. 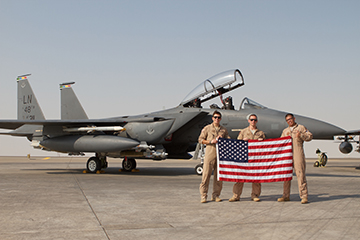 Adrian Herrera (General Engineering ‘08) serves as a captain in the U.S. Air Force, flying and instructing on the F-15E Strike Eagle. He recently finished a combat deployment where he supported coalition airstrikes in Syria and Iraq, flying more than 500 combat hours and 55 combat flights. The military also sent him to University of Southern California to get an advanced degree. He wishes all deployed Cal Poly service members a safe journey home. 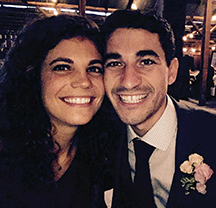 Tamara Lima and Mikey Hawkins (Civil Engineering ‘11) met in civil engineering classes and orientation at Cal Poly. They moved to the Bay Area together after a senior trip to Costa Rica and both got jobs in transportation engineering. They later quit and backpacked through South America for a year using only public transit. They are still involved with WOW and Cal Poly alumni events and will get married in the SLO area in the fall. 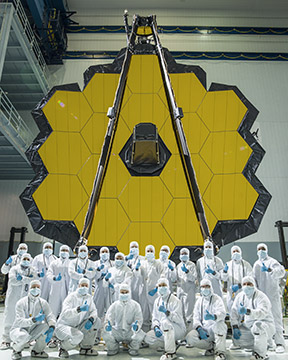 Nick Weiser (Electrical Engineering ‘14) recently returned from working on the James Webb Space Telescope. He has worked as a test engineer at both Goddard and Johnson Space Centers in Maryland and Texas. He is proud to have been a small part of the massive engineering effort and will soon join the spacecraft integration effort in Los Angeles in preparation for launch. 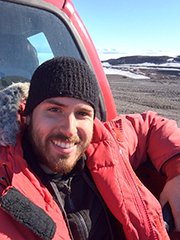 Even Carr (Mechanical Engineering ‘14) had the adventure of a lifetime living and working at McMurdo Station Antarctica for a season as a utilities technician. 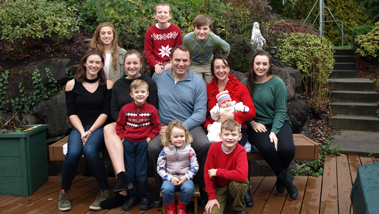 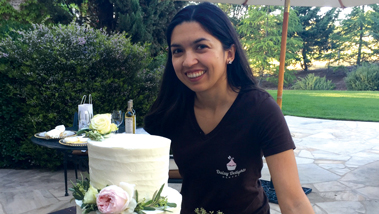