Bill Homan (Mathematics ‘62) went to University of Santa Clara and earned a master’s in general engineering while taking lots of hardware and software computer classes. He worked in engineering and technical support in marketing and helped Cal Poly candidates succeed in the business. He is now retired.

Lester Fraim (Mathematics ‘70) spent a 45-year career working in IT, building secure systems, networks and supporting large government customers in the Washington, D.C. area. He and his wife have now retired and moved to Southport, N.C. They have found other Cal Poly graduates that live in the area and are enjoying retired life. 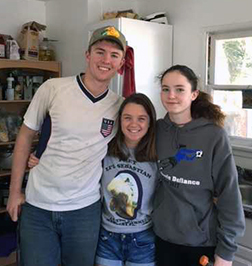 Maureen Kennedy (Elementary Education ‘80) is a flight attendant of 35 years with American Airlines and flies internationally. She owns Maureen’s Swim School and has traveled the world with her husband and kids. 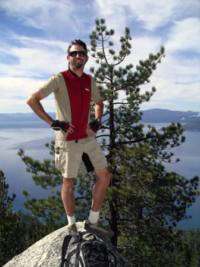 Mark Miller (Biology ‘86) co-founded Customer Engagement Technologies of Reno, N.V., providing financial service applications and consulting for lenders and government. He lives in Truckee with his wife, Jane, and has children aged 21 and 18. 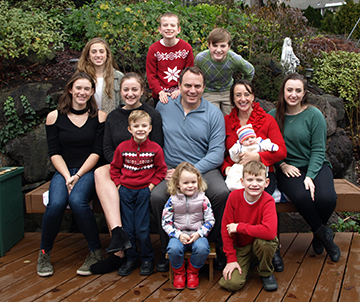 Garrett Conaty (Mathematics ‘97) and Leanne (Dwyer) Conaty (Liberal Studies ‘97)
Welcomed their 10th baby in October. Garrett’s software consulting business, Conaty Consulting, is in its 12th year and Leanne has returned to school for a master’s degree in elementary teaching. 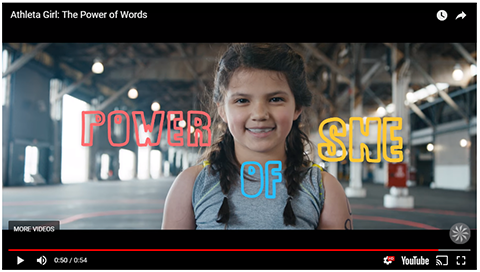 Victor Solanoy (Computer Science ‘97) has a 9-year-old daughter, Lulu, who recently appeared in a video for Athleta with her roller derby team. 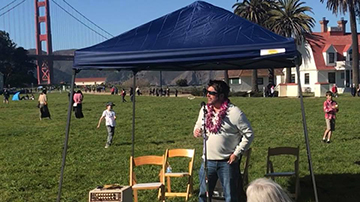 Anthony Martello (Biological Sciences ‘98) started a website called Flat Spell Tales for reading short fiction stories. They have published more than 60 stories and acquired more than 5,000 followers. He is thankful for the creative writing class he took at Cal Poly for transforming his career.

Kai Zajac (Nutrition ‘14) is currently in his first year of physician assistant school at UC Davis.

Brett Avedisian (Physics ‘16) was accepted into an applied physics master’s internship program at the University of Oregon in June 2017. He studied semiconductor device processing and professional development and is currently completing an internship at Thermo Fisher Scientific in Hillsboro, Ore.