For many students, college is a time to pursue independence from their families, asserting individuality away from home. Dynn and Lynn Leaupepe — record-setting basketball players at Camarillo High School and identical twin sisters — decided to go another way. Despite each attracting plenty of recruiting attention from different universities, they elected to stay teammates.

“As we started to become closer in high school, we realized we really wanted to be a package deal,” Dynn recalled.

Cal Poly jumped at the chance, signing the siblings in 2013. Five years later, graduating with twin degrees in experience industry management, the Leaupepe sisters have earned a place among the greatest players in Mustang history.

“I’m really thankful for all that Cal Poly has given us, I’m going to miss it, for sure.”
— Lynn

“It was a joy, it goes by super-fast. I’m really grateful for all the people I’ve met, the relationships that we’ve built and the friendships we’ve made because of basketball.”
— Dynn

Both earned All-Big West honors for 2017-18 after leading Cal Poly to second place in the conference. The Mustangs advanced to the semifinals of the conference tournament, with the Leaupepe twins combining for 31.7 points, 12.5 rebounds and 4.5 steals per game.

“Within our (Samoan) culture, we’re always taught to look out for each other, and I think that really has grown each and every year,” Lynn said. “Our bond is really special.”

Fittingly mirroring each other, Dynn wore jersey No. 13, while Lynn chose 31.

“Being able to see her get up for rebounds is probably the most fun,” Dynn said of her sister, who ranked No. 5 in school history with 673 career rebounds.

Lynn, conversely, was quick to praise Dynn’s scoring ability. “Her jump shot and her ability to finish tough shots — it amazes me,” she says of Dynn, who finished 20th nationally in scoring average this year (20.7) en route to 1,636 career points No. 3 all-time at Cal Poly. 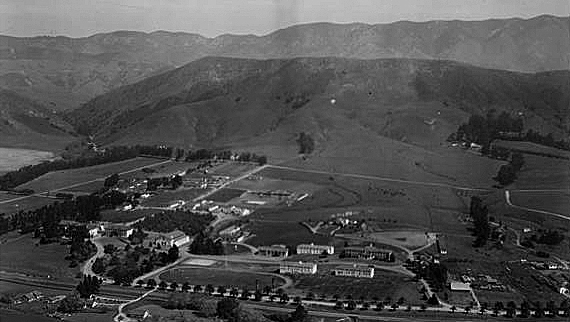