Rooted in History: The Trees of Cal Poly 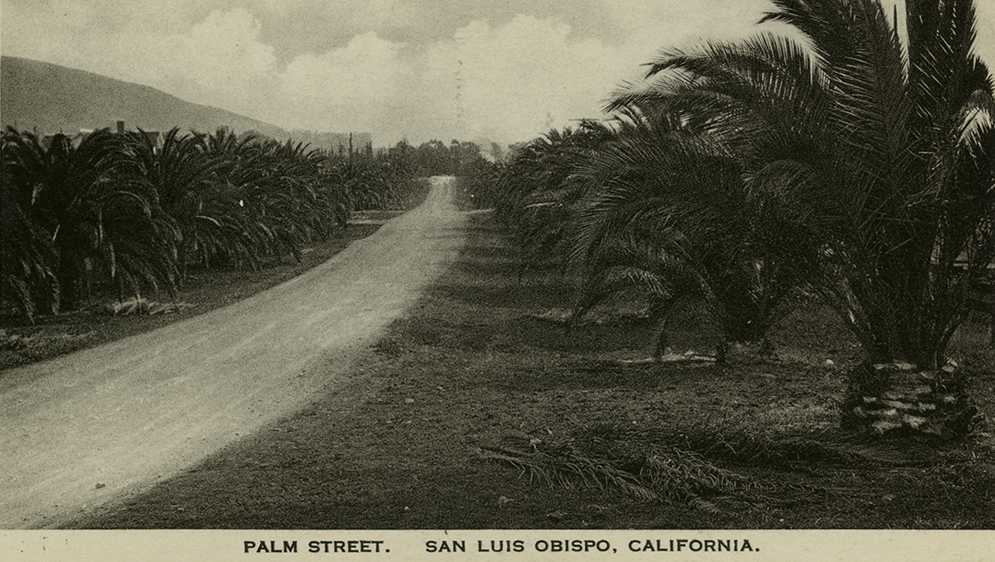 In November, the Arbor Day Foundation named Cal Poly a Tree Campus USA. The award recognizes the university’s commitment to managing its urban forests and overseeing the 6,600 trees in the campus core, including more than 500 distinct and diverse species. To mark the occasion, a Queensland kauri pine was planted near the Baker Center for Science and Mathematics. The planting of a commemorative tree is a tradition that connects to a long arboreal history on campus, for trees have always held a significant role in Cal Poly’s history, beauty and identity.

Since Cal Poly’s founding, trees have played an important role in the educational mission of the school’s agricultural program, as well as a way to beautify a campus that began, according to an official report at the time, “in the middle of a roadless barley field.” The selection of the site that Cal Poly would occupy was determined in part by the quality of the nearby orange groves. In the early 1900s, orchards were planted and maintained by students in horticulture classes. The distinctive Canary Island date palms that still line the California Boulevard entrance to campus were planted in 1908, along with thousands of eucalyptus trees that were used as windbreaks, some of which remain today. O’Neill Green, the original entrance to campus, contains some of the oldest trees planted on campus.

Further north on California Boulevard there stands a valley oak planted in 1906 by the first graduating class. The eight graduates of 1906 began the Cal Poly tradition of planting a class tree, using the commemorative class spade they donated to campus. That spade can now be found in University Archives, still bedecked with ribbons from decades of graduating classes.

The earliest class trees were planted in what became known as Poly Grove, encompassing the area surrounding the 1906 class tree. Graduating classes, through the early 1980s planted trees across campus, from O’Neill Green north to the Administration Building and east to the Davidson Music Center, diversifying the landscape and connecting alumni to a rapidly expanding and changing campus landscape.

Trees were also planted to honor people significant to Cal Poly’s history. The earliest known dedicated tree is the California redwood on Dexter Lawn, planted during the 1951 Poly Royal in honor of Senator Chris Jespersen, a long-time advocate for Cal Poly. Since then, more than 50 trees have been dedicated across campus, honoring those who passed away, supporters of Cal Poly, honored alumni, and retired faculty and staff.

Some of the most historically significant trees at Cal Poly can be explored on the map below or by visiting the exhibit “Rooted in Our History” at Special Collections and Archives through April 2016. Do you have information about a tree to add to the archives? Let us know at [email protected].

Laura Sorvetti provides reference, outreach and instruction services for Kennedy Library’s Special Collections and Archives. Although she’s been at Cal Poly since 2003 (LS ’07, HIST MA, ’10), it was only in researching this article that she began to see the Cal Poly forest for the trees.