Lonnie Griner (Electronic Engineering ’58) retired from NASA in 1998 as quality assurance manager of weather satellites, and has never had a functional failure occur on anything he worked on. Today he serves as a lay minister and elder at his church.

Donoho (Dan) Hall (Architectural Engineering ’60), after being an ROTC student at Cal Poly, spent three years in the U.S. Army serving in Germany. Upon his return, he went to work for an architect in Long Beach to serve the required five years of apprenticeship prior to taking the state board exams, which he passed on the first attempt. Hall left the practice and entered sales for an architectural glass manufacturer. The balance of his career was spent in the international market traveling and working around the world. He had offices in both Japan and the UK. Hall owes his success to a great education with a can-do attitude. 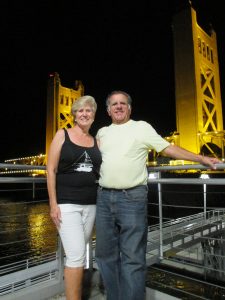 Ray Ravizza (Electrical Engineering ’66) is appreciative of Cal Poly’s Learn by Doing concept because he has always been a hands-on engineer. He is still working full time as an embedded controls engineer at the age of 76, and is still able to keep up with the young kids who come into the door fresh out of school.

Greg Kadorian (Electrical Engineering ’75) has worked for Walt Disney Imagineering for 37 years and recently retired. At Imagineering, Kadorian received a patent for Star Tours ride system and developed many of the audio and video technologies in use at Disney Theme Parks worldwide. His projects included audio/video engineering for EPCOT Center, Disneyland Star Tours, Tokyo Disneyland Star Tours and Walt Disney World Splash Mountain, Tokyo Disneyland Visionarium and ToonTown. He has had a great career participating in the development and maturing of the theme park industry. He has traveled all over the world and made many friends. 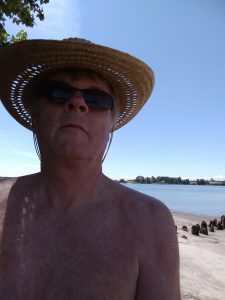 Tom Pearson (Electronic Engineering ’77) is appreciative of the education he received at Cal Poly and its role in making him a contributor to the technological world we all enjoy today. His children are the beneficiaries of the values hard work and purpose passed on to them. 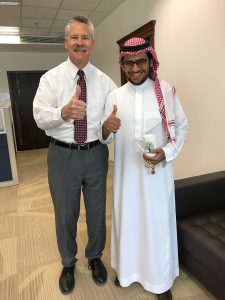 Robert Bertini (Civil Engineering ’88) was recently appointed as the fourth director of the Center for Urban Transportation Research (CUTR) and professor of civil and environmental engineering at the University of South Florida (USF) in Tampa. After graduating from Cal Poly, Bertini received his Ph.D in civil engineering from U.C. Berkeley, and served in President Obama’s administration as the deputy administrator of the Research and Innovative Technology Administration in the U.S. Department of Transportation. He has been named as a Fellow by the American Society of Civil Engineers and by the Institute of Transportation Engineers.

Marcus Simon (Materials Engineering ’97) is a partner and patent attorney for the firm Dorsey & Whitney, where he is in charge of the patent prosecution group in the Salt Lake City office. Simon’s patent prosecution practice covers a wide range of technology areas, including materials science, chemistry, biotechnology, photonics, mechanical and electro-mechanical devices, medical devices and industrial designs for various technologies. 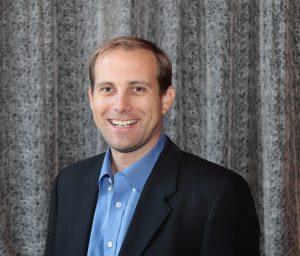 Pablo Paster (Manufacturing Engineering ’04) was hired to be vice president of solutions and services for Envizi, an energy and sustainability management software company headquartered in Sydney, Australia. The position oversees service delivery, partner enablement, and product management for the U.S. market. 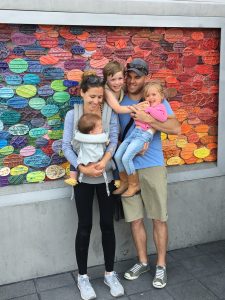 Matt and Katie Walsh (Engineering ‘07 and Parks and Tourism ’06) opened Walsh Engineering in San Luis Obispo in January of 2016. They moved back to San Luis Obispo in 2015 and when Katie became pregnant with their third child, decided it was the best time to challenge their “Learn by Doing” skill set, and opened their doors. The company which provides site engineering services in California, is steadily growing and they plan to expand services to other states. The Walshes are incredibly proud to be raising their family in San Luis Obispo and using the educational foundation they obtained from Cal Poly to aid in the success of their business.

John Vu (Computer Science ’10) recently received a $10,000 grant to help build an AIDS hospice in Tijuana, Mexico, and plans to begin construction at the end of June. He and his husband, Greg, just graduated from the Institute for Leadership in Ministry, under the leadership of Bishop Patrick McGrath. They will be featured on the front page of a local newspaper soon.

Elizabeth Chan (Civil Engineering ’14) met her fiancé at Cal Poly during her second year in 2010, and they started dating in 2011. They got engaged over Mother’s Day weekend and are excited to start their lives together!

Dehenhich Mimila (Aerospace Engineering ’15) began work as a quality engineer at a manufacturing plant in Paso Robles. Mimila became the manager after the company announced bankruptcy and the original managers were fired. Helping the business close gracefully took tremendous effort, but he says it was a great learning experience. Mimila then moved to Arizona to work with his father as a project engineer. Since September, he has been working as a mechanical engineer for the Department of Defense and goes to work knowing that he is helping defend the greatest country on Earth. Mimila thanks Cal Poly for helping him develop the technical and leadership skills that he uses every day. 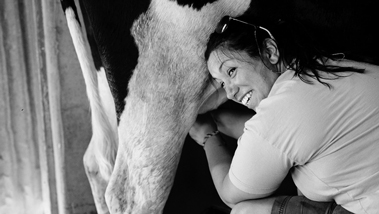